Stocks in the News: Utilities Prove Not So Utilitarian 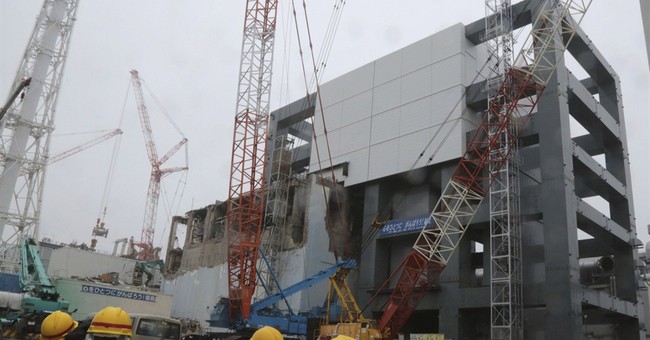 As interest rates head higher, utility stocks will have increased competition as investors may soon be choosing bond yields over utility stock dividends.  S&P comments, “we do not believe the [utility] sector's above average valuation is justified by its negative 2013 EPS outlook.”

The utility sector, as represented by the Dow Jones Utility Average, had an 18% run-up year-to-date.  It then lost almost its entire year-to-date gains in the last four weeks.

The chart is bearish, and unlikely to recover in sync with the broader stock market. 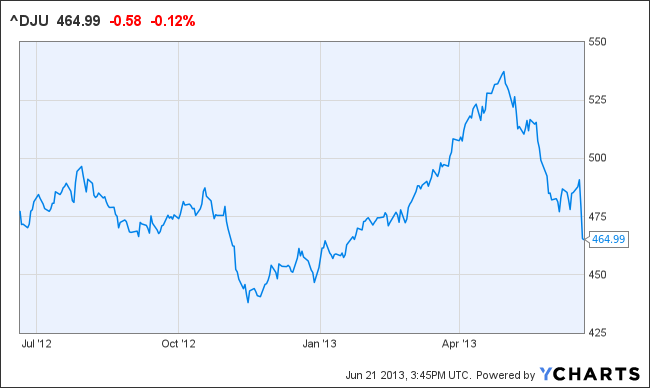 The stock ran up 36% since breaking past resistance levels in late December, and is now experiencing a pullback. 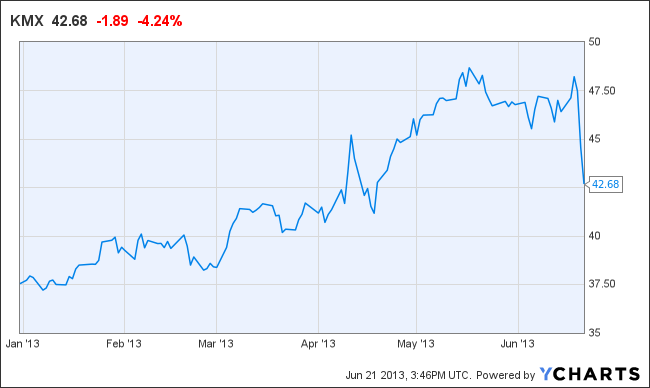 Uninspiring Fourth Quarter, but Something for Everyone – Citi Research

The company will double the dividend to a current yield of 1.57%, and increase its stock repurchase plan by $12 billion.  In addition, Oracle will move its stock from the NASDAQ to the NYSE on July 15, likely causing near-term selling from index-focused portfolios.

There is no near-term catalyst to launch Oracle shares higher. 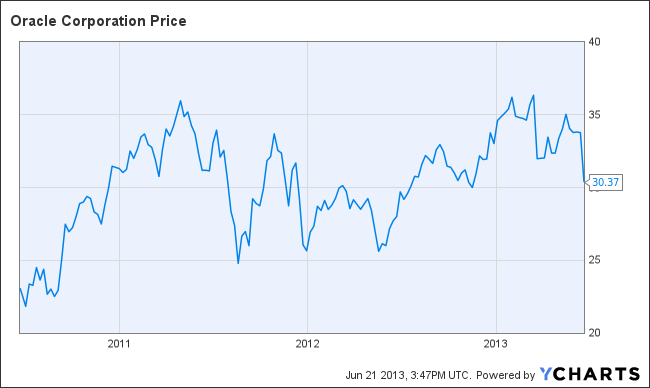