Teva Shells Out $1.6 Billion to Pfizer

Cooper Tire & Rubber Co. has agreed to be acquired by Apollo Tyres Ltd. for $35 per share, in an all-cash deal worth $2.5 billion. Apollo Tyre is the largest tire manufacturer in India, though smaller than Cooper Tire.

Shareholders would likely make more money by selling today near the acquisition price and reinvesting their capital elsewhere, as opposed to waiting for the deal to close around the end of 2013 in an effort to save a stock commission. 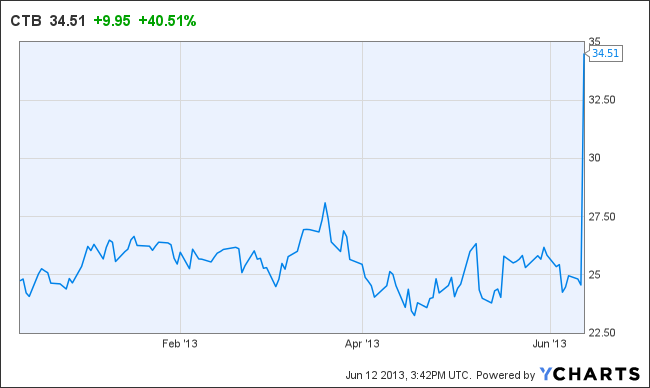 Teva’s financial obligation in the patent infringement lawsuit will total $1.6 billion, of which $560 million may be covered by insurance.  The company had almost $3 billion in cash at the end of 2012.

In May, we told investors to avoid Teva, due to a stagnant chart pattern, falling 2013 earnings, and prospects of an increased tax rate in Israel.  With those problems now compounded by this hit to its balance sheet … 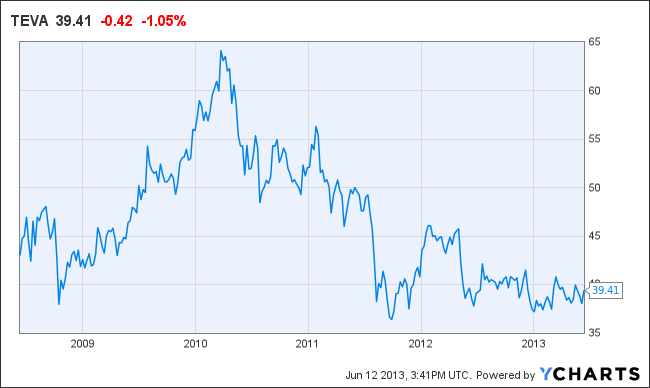 Ulta’s stock price fell through a medium-term trading range this spring, and launched back towards its highs in today’s trading.  Expect the stock to trade between $84 and $102 for a while now.  Traders could make money within that range, but buy & hold investors should look for growth stocks with more bullish charts. 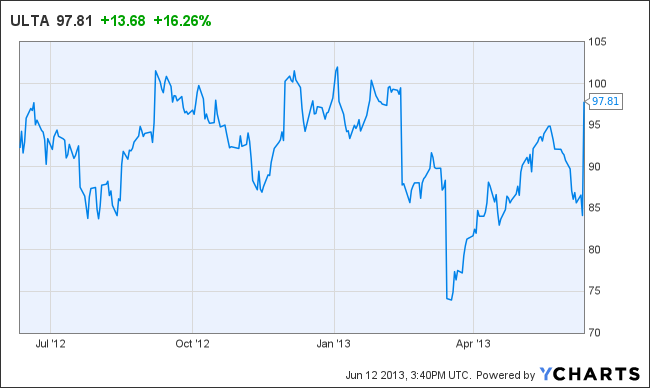