FedEx Corp. announced it would accelerate retirement of aircraft and engines, resulting in impairment charges in 2013 and '14.  The company also increased its dividend.

FedEx stock broke out of a three-year trading range in January, rose to $109, and is now trading sideways between $92 and $109. 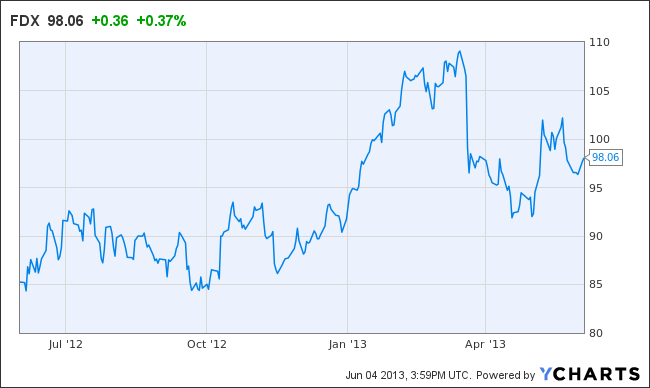 Online gamemaker Zynga announced that it will cut 18% of its workforce, saving about $80 million annually, and close offices in New York, L.A. and Dallas.  Several of its games are underperforming, although Farmville continues to do well.  Zynga’s tally of 253 million monthly active users was down 13% in the first quarter.

The company is not expected to earn a profit until at least 2015.

The stock price crashed shortly after its ipo in December 2011, and is currently in a sideways trading pattern. 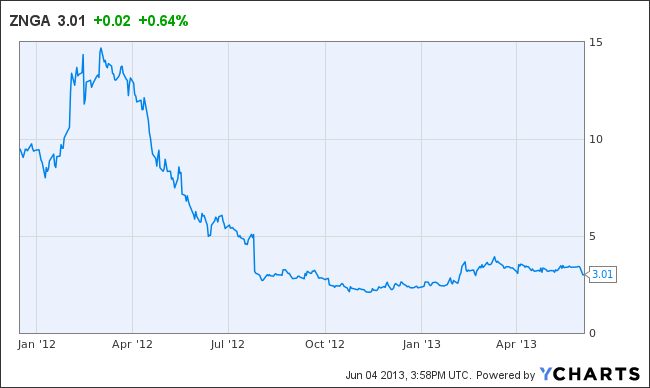 “A bipartisan group of U.S. senators is putting the final touches on a bill that would liquidate Fannie Mae and Freddie Mac and replace them with a government reinsurer of mortgage securities behind private capital,“ reports Bloomberg.  This move would limit the U.S. government’s role in mortgage financing to be one of assuming catastrophic risk.  Under the proposal, Fannie Mae and Freddie Mac would be liquidated within five years.

After three years of trading below $1.00, Freddie Mac’s share price shot up to $5.00 this spring.  Fannie Mae shares moved in sync.  Lucky shareholders should take their chips off the table. 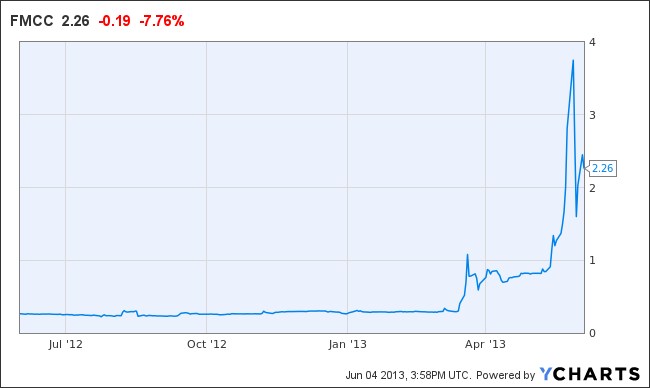