Merck’s experimental treatment for advanced melanoma  helped shrink tumors in 38 percent of patients, while 10% of patients saw their cancers disappear.  The FDA called the Merck drug “a breakthrough therapy."  Late-stage clinical trials will begin in the third quarter.

The stock broke out of a medium-term trading range last June, stabilized, and appears ready to break out on the upside again.  While not overvalued, there’s no compelling reason to buy Merck shares. 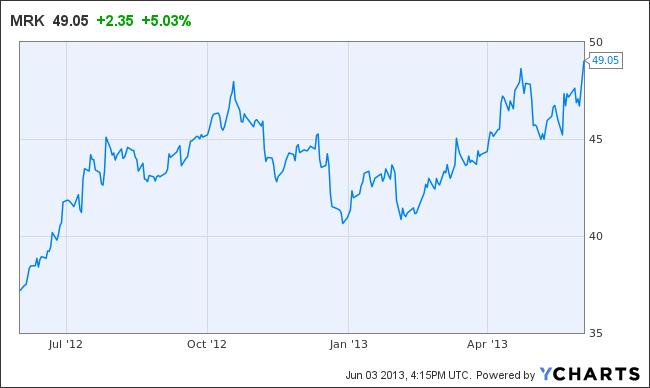 MannKind has no recent history of earning a profit, and is expected to continue losing money for at least the next three years.

The stock price has had a big run-up from all-time lows a year ago.  There’s strong price resistance at $10.  Shareholders should use stop-loss orders to protect profits.

Our Ransom Note trendline says..... STAY ON THE SIDELINES. 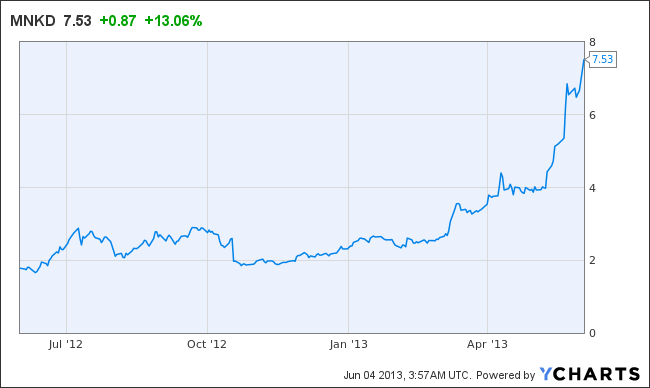 Synta Pharmaceuticals’ experimental lung-cancer drug, combined with chemotherapy, helped boost survival in 32% of patients with an advanced form of the disease, vs. patients who only received chemotherapy.  Lung cancer is the leading cause of cancer death in men and women.  A bigger trial is now under way which could lead to FDA approval in about two years.

Synta has no history of earning a profit, and is expected to continue losing money for at least the next three years. 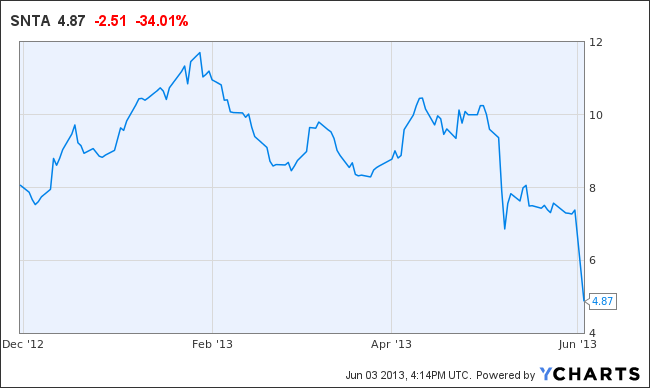