Beautiful Women For a Beautiful Ideology

Craig Shirley
|
Posted: Jun 12, 2018 11:56 AM
Share   Tweet
The opinions expressed by columnists are their own and do not necessarily represent the views of Townhall.com. 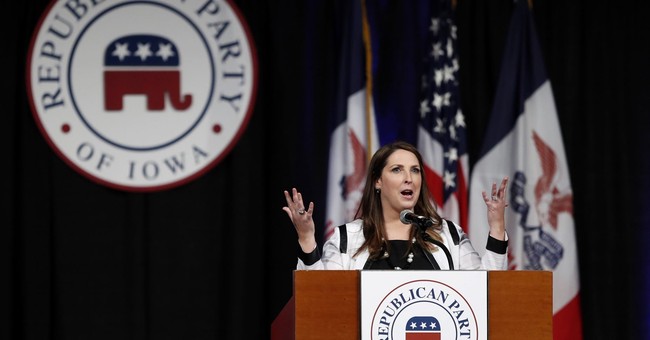 In mid-June, the Young Women’s Leadership Summit, an annual event of young conservative women will commence in Dallas, the heart of Texas. Though this will only be the second time Turning Point USA has hosted such an event, women have had an undeniable hand in the Republican Party ever since its founding. “Thanks to your energy and talent, you’ve often been called the foot soldiers of our party,” President Ronald Reagan said in his 1983 address to the National Federation of Republican Women. “But that description is becoming outdated. You’ve got a good share of generals in your ranks – and that share is growing.”

These women meeting in Dallas---beautiful all----and why not? Conservatism, the philosophy of enlightenment and achievement and advancement and freedom—is a beautiful ideology. Handsome is as handsome does. Liberalism---old, fussy, gray, staid---seems not to widely attract the beautiful women in heart and soul that conservatism does.

The very basis of the Republican Party – the freedom of the individual, and particularly African slaves – began on March 20, 1854, in a small schoolhouse in small Ripon, Wisconsin. The Whig Party was in its death throes, and a new, strong abolitionist party was to take its place. It was decided, in the presence of fifty men, three women, and one child, to start a new party: ares publica– matter of the people – Republican – Party. Through the following decades, women were allowed if not encouraged to participate, even in an informal manner, in Republican political campaigns and debates. They campaigned for John Fremont and Abraham Lincoln; famous names such as Jane Grey Swisshelm and Elizabeth Cady Stanton and Anna Dickinson all set a precedent in women’s roles in national and state politics.

Even the 1892 Republican National Convention in Minneapolis, which concluded with the nomination of Benjamin Harrison for president, had two women cast their own votes; Therese Jenkins and Cora Carleton, acted as alternate delegates from the territory of Wyoming, which had allowed women’s suffrage two years earlier. Iowa lawyer Judith Ellen Foster addressed the convention, introducing the newly-formed Women’s National Republican Association. “We are here to help you. And we have come to stay.” The Democrats did not allow any official role for women until 1900. The Democrats, as the party of slavery, opposed universal suffrage for blacks and women for years.

The women’s suffragist movement naturally became more and more important on the national scale as women, mainly Republican, came to politics. In Colorado, 1895, three Republican women; Clara Cressingham, Carrie Holly, and Frances Klock, were elected to the state House of Representatives. They were the first women, nation-wide, to be elected in any state legislature.

The Women’s National Republican Club, stationed in downtown New York City, a city known as a haven for liberalism, was founded specifically to organize the women’s vote, and is now the oldest private club for GOP women. Henrietta Wells Livermore, its founder and close friend to several presidents, including Harding, Coolidge, and Hoover encouraged women to get more involved in politics. “The purpose of the Women’s National Republican Club,” she said in 1921 in an opening speech, “is to provide a Club House for Republican women, where they may help form intelligent political opinions, that they may be of greater service to the Republican party and to the Nation.” The Club is now ably run by its president, Robin Weaver.

The decades following saw more prominent women in the RNC, in state politics, in national politics, all seeking the betterment of the nation in which they lived and loved. In 1964, a tremulous time with Vietnam, the Soviet Union, the death of John F. Kennedy, and civil unrest, the Republican National Convention nominated Barry Goldwater, from Arizona, to challenge Lyndon Johnson. One candidate who was considered, and received a number of votes during the convention, was Senator Margaret Chase Smith of Maine, the first woman in the country ever to be nominated by any major party. Though she withdrew during the convention, she received over 200,000 votes cast in the primaries; in Illinois alone, she received 25 percent of the vote. She didn’t take no for an answer, and she snubbed away any questions from the media that seemed unnecessarily sexist. She was frequently called Mrs. Smith, instead of the appropriate Senator Smith, and Time magazine called her the disparaging “Maggie.” When asked by one reporter who would be “first gentlemen” (by this point she was a widow), she smartly replied,  “Well, I haven’t thought about that. I have been in Congress for 23 years without one. I presume I could get along in the White House without a husband, if that is what you mean.” Although the press waved her campaign away as nothing more than a symbolic gesture, she clearly set a precedent for women everywhere, Republican or not.

And in the 1964 fall election, Barry Goldwater actually received more votes from women than he did from men.

In 1981, President Ronald Reagan appointed the first woman Supreme Court Judge, Sandra Day O’Connor, and that same year, he appointed Jeane Kirkpatrick as the first woman to serve as the U.S. Representative to the United Nations (a position that is currently also filled by a woman). In 1983, Reagan appointed Elizabeth Dole as Secretary of the Department of Transportation, another first. In the 1984 presidential election, despite Walter Mondale’s plea, nearly 60 percent of women cast their ballot for the Gipper, an increase from 1980 when 47 percent voted for the Californian over the 46 percent that voted for incumbent President Carter. Even the Washington Post had to eat some humble pie when they wrote an article in 1985 entitled, “Reagan Did Understand Women.”

Women have evolved and grown inside the GOP and the conservative movement. Some of the women leaders and spokesman---like Laura Ingraham and Kellyanne Conway----have emerged at the top tier of conservatism, following in the footsteps of the leader of modern American conservative feminism, Clare Boothe Luce. Witty, charming, beautiful and conservative. Nothing akin to the “blue haired wrinklies” which was once used by the left to attack women on the right.

And fight for a beautiful philosophy.

Craig Shirley, a New York Times bestselling author, is a Reagan biographer, having written four books on the Gipper. He is now finishing Honored Madam, a definitive account of the life and times of Mary Ball Washington, the mother of George Washington.