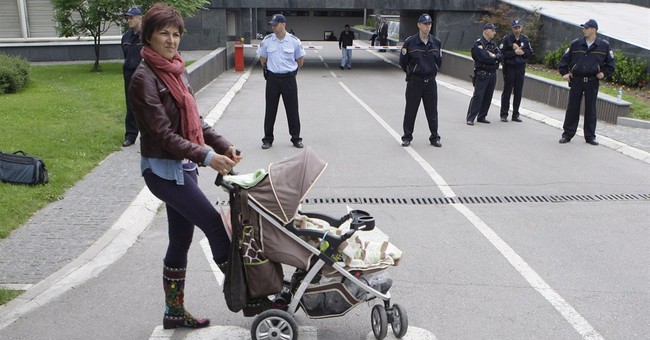 In most areas of the country, a minor can only have an abortion with her parents’ consent. Yet, of the 38 states that have parental notification laws, 37 offer these young women an alternative route to have the procedure without mom and dad.

Judicial bypass is a legal procedure authorizing a minor to have an abortion without the consent of a parent or guardian. A young woman seeking a bypass begins by filing a petition. Then, she and a lawyer must prove to a judge that her situation meets one of three conditions: 1) She is mature enough to have an abortion without her parents’ knowledge 2) It is not in her best interest for her parents to be notified or 3) Notifying the parent or parents could lead to physical, sexual or emotional abuse. What’s more, to grant the young woman’s request for an abortion, the judge has to find the minor “mature” enough to have the procedure without parental notification.

While the process may seem cumbersome, a recent report from Arizona revealed that these abortion-granting court orders are fairly simple to obtain. Judges approved nearly 75 percent of judicial bypass requests. Jason Walsh, the executive director of Arizona Right to Life, responded to the alarming statistic.

“I’m not surprised at all -- it’s expected with all these judicial loopholes,” Walsh told Townhall. “It shows how easy it is. If there’s a will there’s a way.”

So, why are judges so quick to grant these young women permission to abort? Walsh surmises:

“It’s an ideological focus,” he said. “They believe it concerns only the woman in question.”

This far too common granting of bypasses is not a new trend in our judicial system. A New York Times article from 1987, which followed a minor named Amanda as she sought an abortion without her parents knowing, came to this conclusion:

“The evidence showed that it was easy enough, once in court, to persuade a judge to waive parental notification. Minnesota judges approved Amanda's request and more than 3,500 others between 1981 and 1986, while turning down only nine - one-quarter of one percent.”

It may not seem likely that many minors would go through the trouble to find a lawyer, make their way to court and, if denied approval, make an appeal to the judge (by step three the baby may have popped out already.) But, their just having the option is disturbing. It’s not just a circumvention of motherhood -- it’s a circumvention of the law and a circumvention of accountability.

Yet, abortion providers have proven time and again how eager they are to get young girls to the clinic. Consider the “Frequently Asked Questions” section of Planned Parenthood of the Rocky Mountains, Inc.’s website:

“There is a choice for teens who can't tell their parent about their decision to have an abortion. It is called a judicial bypass. If you are sure that you cannot tell your parent or guardian about your pregnancy, you can ask for an order from a judge to allow you to have an abortion without telling anyone.”

It seems abortion giants like Planned Parenthood are more concerned with cash than conscience.

Organizations like Jane’s Due Process in Texas are equally determined to help young girls get away with disposing of their unborn children without their pesky parents getting in the way, by even offering a list of questions the judge may ask in the judicial bypass hearing.

Even if these minors provide less than satisfactory answers to the judge’s question and the latter has yet to make up his or her mind about granting a bypass, there is one more caveat:

“If the court fails to issue a decision within four calendar days after the petition is filed, then the petition is deemed granted and the minor can proceed with the abortion.”

To get to the beating heart of the issue: teens don’t have to tell their parents they’re going to be grandparents.They can go their whole lives not knowing. How sad.

Walsh insists we need to be more informed.

“We need to be talking about this more,” he said. “I’m not even aware of some of the specifics the judge has to check off. Greater communication all around would be better.”

Anyone who has suffered from post-abortion syndrome knows that having an abortion can often result in alcohol abuse, nightmares and depression years after the procedure. Now, imagine this mental and physical torment coupled with the guilt of her never having told her parents. I can hear the painful conversation: “Uh, mom, I almost had a kid once.”

Parental notification laws are passed for a reason. A young woman needs to include mom and dad in the process if she is considering the tragic route of abortion. Her parents’ words of advice may be the last saving grace between her and the clinic.