Colin McNickle
|
Posted: Feb 27, 2021 12:01 AM
Share   Tweet
The opinions expressed by columnists are their own and do not necessarily represent the views of Townhall.com. 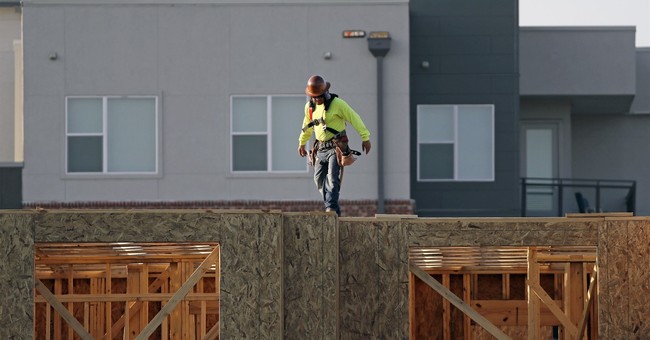 The Allegheny Institute for Public Policy is reiterating its long-standing call for the state Legislature to repeal Pennsylvania’s Prevailing Wage Law.

“Many studies over the years involving many states have demonstrated the higher construction costs … that are caused by prevailing wage laws that require ‘prevailing wages and benefits’ be paid to employees on projects using government funds,” says Jake Haulk, president-emeritus of the Pittsburgh think tank.

The prevailing wage and other compensation are the union wage in most states.

But repeal has not been entertained in the Keystone State “because of the political power of the law’s supporters,” the Ph.D. economist says (in Policy Brief Vol. 21, No. 8).

Among them is the contention that because most of the prevailing wage workers are union labor that have been through union training and apprenticeships, the workers are more skilled, make fewer errors and have a better safety record than non-union workers.

But the Manhattan Institute, among others, argues that prevailing wage laws increase compliance costs because of their myriad rules governing wage levels and payments.

And lest it be forgotten, a Heritage Foundation study found that the U.S. Labor Department calculates the federal prevailing wage law (the Davis-Bacon Act) using “unscientific methods.”

Not only does Davis-Bacon employ unrepresentative and too-small sample sizes, wage rates often are determined using statewide rates based on surveys half of which are a decade old. The survey errors alone inflate federal construction costs by about 10 percent, Heritage concluded.

“Since 2002, when the Allegheny Institute (first) recommended that Pennsylvania repeal its 1961 law, six states have repealed their prevailing wage laws to join the 10 states that had already done so since 1979,” Haulk reminds.

“The debate will undoubtedly rage on as its defenders in deep blue states are well entrenched and have the complete support of unions,” Haulk says.

But the bottom line must hinge on whether in the long run heavy government interference in the marketplace harms the economy and produces overly strong interest groups with outsized political influence that further stifles free markets and free enterprise and creates intended or unintended consequences and injustices.

“The evidence of that unfortunate outcome keeps piling up in the form of slower employment growth rates in many of the prevailing wage states,” Haulk concludes.