Colin McNickle
|
Posted: Sep 06, 2017 10:05 AM
Share   Tweet
The opinions expressed by columnists are their own and do not necessarily represent the views of Townhall.com. 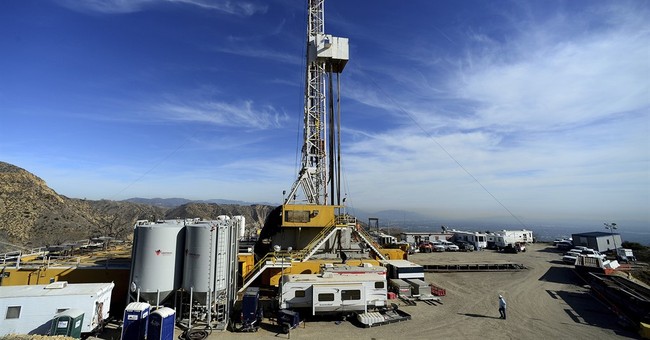 Not only would any revenues generated be a drop in the budget deficit bucket even under the rosiest of scenarios, raising the impost on shale gas would harm an industry already operating on very thin margins, say Frank Gamrat, a senior research associate at the Pittsburgh think tank, and Jake Haulk, the institute’s president.

The state Senate has passed a bill that would impose a tax on each thousand cubic feet of gas (Mcf) removed from wells. As with the existing impact fee (which would remain if this measure becomes law), the tax rate – ranging from 1.5 cents per Mcf to 3.5 cents per Mcf -- would be set according to the price of natural gas on the commodities market.

The Senate proposal appears to have no future in the state House. At least that’s what House leaders continue to say publicly.

“There can be no illusion that the Senate’s severance tax will do very much to close the budget deficit created by the rise in spending above last year’s level, a pace that was already faster than the revenue being generated,” Gamrat and Haulk say.

To wit, nearly 5.1 billion Mcf of shale gas was produced in 2016. That’s the highest volume to date. Multiplying that by 2 cents per Mcf would generate $101.9 million in tax revenue, “hardly a dent in the projected $2 billion-to-$3 billion gap the state faces,” the scholars stress (in Policy Brief Vol. 17, No. 36).

“At this output level even the highest rate of 3.5 cents would generate only $178 million,” they note.

Gamrat and Haulk remind that much higher prices and far greater output would be required to produce substantial revenue.

But even then, “At double the 2016 production level, and with a price of $6 per Mcf, the severance tax would bring in only $357 million,” they calculate.

In that price and production scenario, the researchers say the state’s income tax, and very likely the impact fee revenue, also would rise.

“The problem is that while gas production and prices are being depressed by market forces, any additional taxes on the industry will represent a new burden for companies that are already struggling to stay in the black,” Gamrat and Haulk say.

Which, of course, will discourage exploration and production.

And do remember that Act 13 of 2012, which created the impact fee, contains a provision that would strike that fee should a severance tax be implemented.

While the Legislature certainly has the power to eliminate that provision, “it would send a powerful message to this – and any other fledgling industry – that despite promises made, the state’s need for revenue will not exempt them from additional taxation,” the Allegheny Institute scholars say.

Here’s the bottom line: A piggyback tax on shale gas extraction carries too many damaging unintended consequences to be considered as any kind of major solution to Pennsylvania’s budget woes.