Behind the Slide in Pennsylvania’s Shale Gas Impact Fee

Colin McNickle
|
Posted: Aug 25, 2017 12:01 AM
Share   Tweet
The opinions expressed by columnists are their own and do not necessarily represent the views of Townhall.com. 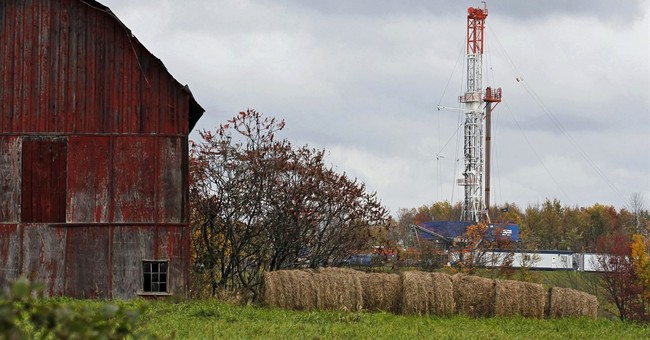 The five-year-old impact fee on shale gas wells in Pennsylvania has done what it was intended to do, researchers at the Allegheny Institute for Public Policy say. That would be to not only benefit municipalities and counties across the commonwealth but also various state agencies and a “legacy fund” to deal with environmental issues.

But changing market conditions that have tamped down receipts from the tax since 2013 and unsettled public policy regarding future taxation of the industry are wild cards moving forward, say Frank Gamrat, a senior research associate, and Jake Haulk, president of the Pittsburgh think tank.

“First, (there’s) the major drop in the price of natural gas due to the glut of gas in the market brought about, in large part, by the substantial rise in production from Marcellus and Utica shale,” the institute scholars note.

Then there’s the declining number of new wells, a natural by-product of glut conditions.

“And third, because the impact fee is lowered as wells age.  With each passing year the average age has risen, owing to the fact that the number of aging wells is significantly greater than the number of new wells,” the Ph.D. economists note.

Absent a major recovery in natural gas prices, new drilling activity and production likely are to remain depressed, “at least until pipelines are completed that open up more markets and boost demand for Pennsylvania gas,” Gamrat and Haulk remind us.

But future public policy also will play a critical role in the fortunes or failures of the shale gas industry in Penn’s Wood, the Allegheny Institute researchers stress.

“Unfortunately, since (Gov. Tom Wolf) took office, there has been talk that an impact fee is not enough and there has been a renewed push for a severance tax to close a large gap in the state’s budget,” they say.

A passed state senate bill calls for such a tax. House leaders insist the proposal has no future in their chamber. And Gamrat and Haulk remind us that Act 13 requires the elimination of the impact fee should a severance tax be enacted.

“Will that stipulation be overturned, leaving the industry saddled with both the impact fee and a severance tax, as well as the corporate income tax and all the other fees and taxes the gas companies pay?” they ask.

“Would that not be reneging on a commitment made to the industry when the impact fee was enacted?”

The bottom line in all of this is that the impact fee has accomplished what it set out to do, the Allegheny Institute scholars reiterate.

That would be to provide revenues to counties and municipalities most affected by shale gas extraction (and even those with no drilling and no impacts); the underwriting of efforts to address environmental issues associated with the industry; and the funding of several state agencies that work to mitigate such problems.

Attempting to further pluck, through additional taxation, the economic golden goose that shale gas has proven to be in Pennsylvania likely would lead to loud hisses – not only from the goose but from an economy that such an extra impost would deflate.

Colin McNickle is a senior fellow and media specialist at the Allegheny Institute for Public Policy (cmcnickle@alleghenyinstitute.org).