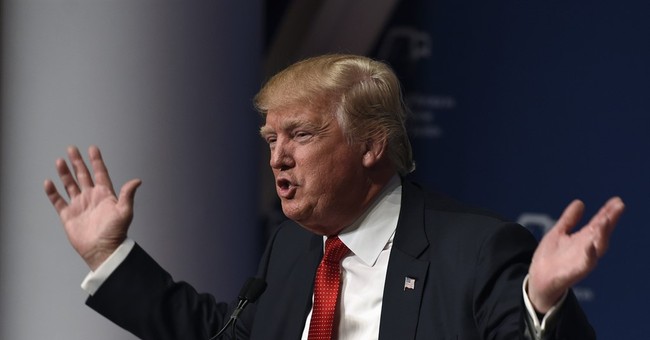 “Divide and conquer” describes an age-old military concept: If your enemies are fighting among themselves, they can’t effectively battle you. Phillip II of Macedon, Julius Caesar and Napoleon were among those who employed this tactic to defeat more powerful forces. Would-be conquerors of the 21st century are lucky: Their enemies can’t agree on anything – not even which barbarians are at the gate.

This occurred to me last week -- the afternoon of Wednesday, December 2 to be precise as I was being interviewed by Thom Hartmann who claims to have the “No. 1 Progressive Talk Show” on radio. His goal was to use me as a foil and a Washington Times column I had written as fodder in an attempt to drive one of his favorite messages: that Islamist terrorism is just a bogeyman.

“You’re seven times more likely as an American citizen, you and me, Cliff, to be murdered by a white Christian terrorist in the United States than by a brown Muslim terrorist,” he asserted, implying that I was not just misinformed – I also must be a racist. “Our right wing enemies are the most dangerous people in the United States.”

His timing could hardly have been worse. In southern California that same afternoon 14 innocent American citizens – white, brown and black -- were massacred in the deadliest terrorist attack since 9/11/01. Mr. Hartmann’s preferred terrorists turned out not to be responsible.

On Friday, the New York Times pointed its finger in a different direction. America’s most authoritative voice of liberal opinion ran a front-page editorial for the first time since 1920: “End the Gun Epidemic in America.” According to the Times, America is primarily threatened by firearms, firearms manufacturers, the NRA and elected leaders who “reject the most basic restrictions on weapons of mass killing.” Not only that: Those elected leaders “distract us with arguments about the word terrorism.”

The mass-murderers’ motives “do not matter,” opined the Times editorialists. They found not a word fit to print about Islamism, jihadism, radical Islam, religious supremacism – call it what you will; not a word about the regimes and movements waging an unconventional war against those they declare “crusaders” and “carriers of the cross.”

Nor did they see any dots connecting the San Bernardino attack with those carried out by Maj. Nidal Hasan at Ft. Hood, Texas in 2009; by Dzhokhar and Tamerlan Tsarnaev at the Boston Marathon in 2013; by Muhammad Youssef Abdulazeez in Chattanooga in July of this year; and by Islamic State terrorists in Paris in January and then again last month.

Over the weekend, President Obama echoed the Times, calling for stricter gun-control, not mentioning that both California and France have long had stringent laws in place. He did concede: “It is entirely possible that these two attackers were radicalized to commit this act of terror. And if so, it would underscore a threat we’ve been focused on for years -- the danger of people succumbing to violent extremist ideologies.”

He added: “And even as we work to prevent attacks, all of us—government, law enforcement, communities, faith leaders—need to work together to prevent people from falling victim to these hateful ideologies.”

Can you imagine President Roosevelt circa 1941 saying that our goal was to “prevent people from falling victim” to a “violent extremist ideology” – one he would not name but which, he might stress, has no relationship to peaceful expressions of German nationalism? Can you imagine President Truman circa 1947 saying the same about another nameless but “hateful” ideology, one in no way linked to democratic socialism?

And are ideologies really akin to heat stroke – something to which one may, if not careful, “succumb” or “fall victim”? Tashfeen Malik and Sayed Farook had a six-month-old baby girl. Evidently, the belief system they embraced, based on a medieval reading of Islam, was powerful enough to overcome the most basic parental instincts: They deliberately left their child an orphan – one who will be marked for life as the daughter of terrorists.
It is not unreasonable to assume that the perspectives of Thom Hartmann’s listeners, the Times’ readers and Mr. Obama (and Hillary Clinton and Bernie Sanders) are shared by roughly half of American voters.

The divide between them and those on the right is wide and apparently growing. It is compounded by deep divisions within the Republican camp -- not least over Donald Trump, the most divisive major presidential candidate in generations.

Some reporter might ask him what he knows about Islam and Islamism, about caliphates and imamates, about shari’a and fatwas, about the difference between Salafists and Sufis. Shouldn’t the next occupant of the Oval Office have given a little study and thought to such questions? It seems fairly obvious that Mr. Trump has not.

Maybe, should he become president, he’ll identify “fabulous” experts who can tell him all he needs to know. Maybe he’ll hire advisors who can construct a viable strategy to defeat jihadists (leaving white, Christian terrorists to wait their turn, and those favoring repeal of the Second Amendment frustrated). Maybe Mr. Trump would use his management experience to implement that strategy with unprecedented efficiency.

But are voters really prepared to choose as their leader an egotistical if charismatic figure offering nothing more concrete than hope and change? Hasn’t that experiment already been run?

Meanwhile, Abu Bakr al-Baghdadi, caliph of the Islamic State, Ayman al-Zawahiri, leader of al Qaeda, and Ali Khamenei, Supreme Leader of the Islamic Republic of Iran – men of faith and millenarian ambitions -- must be counting themselves not just fortunate but blessed by divine favor.