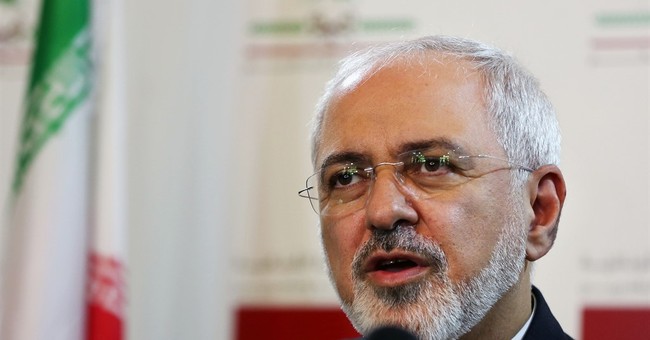 Initially, I thought the news was beyond parody. The Associated Press last week ran a story headlined: “U.N. to let Iran inspect nuke work site.” I soon realized that this revelation — a secret side agreement under which Iran is to police its own suspected nuclear weapons facilities — was too ludicrous not to parody.

The host of a radio talk show asked me how this was different from letting professional athletes test their own urine for performance-enhancing drugs. A colleague said the next time the Internal Revenue Service questioned his tax return, he’d offer to conduct a “self-audit.” It occurred to me that erratic drivers could administer their own breathalyzer tests. “Officer, if I’ve been drinking, I’m going to find out about it — and I will definitely let you know.”

Hardly less humorous was the response of some deal supporters. At first, they insisted that the journalists at the AP didn’t know what the heck they were talking about. But instead of issuing a correction, the news agency published the draft text of the agreement. True believers began insisting it must be a forgery, probably created by — you guessed it — those thin-skinned Israelis who get so testy every time Iran’s rulers threaten them with extermination.

All right, perhaps I should wax serious for a few paragraphs. The more we learn about President Obama’s deal with Iran, the more obvious it becomes that Iranian negotiators ran rings around American negotiators.

As a result, Iran’s rulers are now set to reap huge economic rewards. Their nuclear weapons program is not being eliminated — at most it’s being delayed for a few years. During that time, inspections will be lax. Punishments for violations are unlikely. The Islamic republic will regain international legitimacy with no change in its egregious human rights violations at home and its support for terrorists abroad. It will be enormously strengthened militarily as well.

But the side agreements — we now know of two — go further. The only reason we even know about them is that last month, Nebraska Rep. Mike Pompeo and Arizona Sen. Tom Cotton, met in Vienna with officials of the International Atomic Energy Agency (IAEA), the U.N. body responsible for conducting inspections in Iran. Those officials disclosed what the White House and State Department had not: that “certain elements of this deal are — and will remain — secret.”

Well, not secret from Iran and the IAEA, but the idea was to keep Congress and the American public in the dark — in apparent violation of the Iran Nuclear Agreement Review Act, which promised that all materials relevant to the deal, including agreements “entered into or made between Iran and any other parties,” would be available for congressional review.

Asked about that, Secretary John Kerry said he, too, hadn’t read the secret side deals. But the IAEA, he insisted, can be relied upon to keep Iran's mullahs out of the nuclear weapons biz. Oh, sure. What could possibly go wrong?

The secret agreement unearthed by the AP specifically applies to Parchin, a military base where Iran’s rulers are believed to have conducted experiments relevant to detonating nuclear warheads. For more than a decade, the IAEA has been attempting to get access to Parchin. Obama administration spokesmen had affirmed that such access was necessary in order to establish a reliable verification system. You won’t be surprised to learn they’re not saying that now.

Iranian officials have vowed that international inspectors will never be permitted to poke around any of their military bases. Are self-inspections what they plan for all such facilities, and has Mr. Obama secretly agreed that’s good enough? Call it the Parchin Precedent, which may sound like a Robert Ludlum thriller but now appears to be Washington’s policy vis-a-vis the Islamic republic. It can be summed up in three words: Trust, don’t verify.

A second side agreement reportedly calls for resolving questions about Iran’s previous nuclear research and development — which would require interviews with key Iranian nuclear scientists who up till now have not been made available — by December. That’s several months after Congress is scheduled to have voted on the deal. Would you buy a house in September based on the understanding that three months later the termite inspectors will let you know whether there’s a problem?

I’d wager that Iran’s rulers will never disclose what are euphemistically called the “possible military dimensions” of their past nuclear research. Under the agreement, they acknowledge nothing. Instead, they claim they haven’t worked on nukes and don’t plan to start now. Those who approve this agreement are pretending to believe them. Just as when Iran’s leaders chant “Death to America” and “Death to Israel” many of us pretend they’re just letting off a little steam rather than expressing the essence of Islamism.

Speaking of which, there was an additional development over the weekend: Reuters reported that Iran, in clear violation of a U.N. arms embargo, has “unveiled a new surface-to-surface missile it said could strike targets with pinpoint accuracy within a range of [310 miles].” The news agency noted that “Iran has said it will not follow parts of the nuclear deal that restrict its military capabilities.”

“We will buy, sell and develop any weapons we need and we will not ask for permission or abide by any resolution for that,” Iranian President Hassan Rouhani said in a speech at the unveiling ceremony broadcast live on state television. He added that Iranian military might should be seen “as a precondition for peace.”

By approving President Obama’s deal with Iran, members of Congress are pretending they believe that, too. Now that is beyond parody.