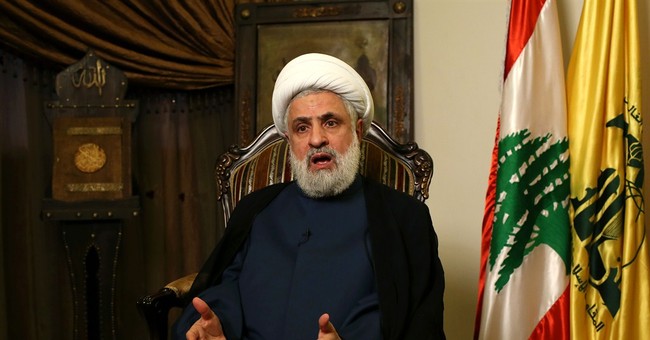 Members of Congress can recognize how serious these developments are and, with courage and conviction, defend America’s national security, sovereignty and Constitution. Or they can turn away.

Start with the Constitution. President Obama intends to cut a nuclear arms deal with the Islamic Republic of Iran, the world’s leading sponsor of terrorism. It will be, self-evidently, the most consequential foreign policy agreement of the decade — perhaps the century. That means — or should — that it rises to the level of a treaty.

But Mr. Obama insists that he is merely negotiating an “executive agreement” — and that he can impose it without the support of Congress. That is, as constitutional litigator David Rivkin understatedly put it, “constitutionally insufficient.” Mr. Rivkin also notes that Mr. Obama cannot lift all existing statutorily based sanctions on his own authority; that would require new legislation.

Former federal prosecutor Andrew C. McCarthy elaborates, arguing that the U.S. Constitution mandates that no “transformative” international agreement “can be binding unless it achieves either of two forms of congressional endorsement: a) supermajority approval by two-thirds of the Senate (i.e., 67 aye votes), or b) enactment through the normal legislative process, meaning passage by both chambers under their burdensome rules, then signature by the president.”

Mr. Obama is in the process of turning this constitutional mandate on its head, saying that if members of Congress want to block his deal they will need 67 nay votes in the Senate (and 290 in the House).

The president’s defenders say he can do this because the agreement he is negotiating is “nonbinding” — and congressional endorsement is necessary only for binding agreements. Here’s the sleight-of-hand: It is now apparent that Mr. Obama plans to present this nonbinding agreement to the United Nations Security Council, where it will be passed as a Chapter VII resolution, making it “binding” on all U.N. members — even if a majority of congressmen oppose it, implying that most Americans oppose it.

Security Council members, including Russia and China, would then have veto power over key U.S. policies vis-a-vis Iran. And no future American president could abrogate the deal without being accused of violating international law.

Finally, there is the “deal” itself. As former Secretaries of State Henry Kissinger and George Shultz have pointed out, negotiations intended to prevent Iran from obtaining a nuclear capability now appear to be providing Iran with exactly that capability.

Even now, in what were supposed to be the final stages of talks, Iranian Supreme Leader Ali Khamenei is drawing new red lines. Mr. Obama seems determined to appease him. For example, he now appears willing to provide substantial sanctions relief upon the signing of an agreement, rather than after Iran’s rulers take verifiable steps to slow — not dismantle — their nuclear weapons program.

Mr. Obama is even offering to give Iran what amounts to a signing bonus: between $30 billion and $50 billion of oil revenue currently frozen in offshore accounts. What if Iran uses this money to support terrorists, back Islamist rebels in countries friendly to the United States and build missiles that can deliver nuclear warheads to Washington? The nonbinding, non-treaty not approved by Congress would not prohibit such conduct.

What if Iran’s rulers block inspectors from military sites where nuclear weapons research may be taking place? Actually, Gen. Hossein Salami, deputy leader of Iran’s Revolutionary Guard, said on Sunday that inspectors “will not even be permitted to inspect the most normal military site in their dreams.”

That should be a deal-killer, but all the administration will say is that inspections will be “intrusive” and that sanctions can always be “snapped back.” In fact, however, once the international sanctions architecture is dismantled, it will be impossible to reconstruct — certainly not in a timely fashion. Mr. Kissinger and Mr. Shultz made that clear, too.

If members of Congress should decide to do the hard work of defending America’s national security, sovereignty and Constitution, what actions might they take in the weeks ahead? After passing the Corker-Cardin bill (useful because it at least gives members a chance to cast a vote on Iran), they’d pass a resolution declaring that any nuclear weapons accord with the Islamic Republic must take the form of a treaty requiring congressional consent.

That could be followed by resolutions laying out minimum criteria for a “good deal.” Shouldn’t Iran agree that inspectors can go anywhere, anytime — including to military facilities? Shouldn’t sanctions relief be withheld until those inspectors say they have been given the access they need?

And would it really be too much for Congress to demand that Iran’s rulers stop sponsoring terrorism, release Americans hostages (including a journalist and a former Marine), stop building intercontinental ballistic missiles and threatening Israelis with genocide?

I realize that even if a majority of members of Congress vote for such resolutions, they may not reach the president’s desk because 60 votes in the Senate are required to overcome a filibuster. And Mr. Obama will veto any measures that clear that bar. But at least a serious national debate on these issues could begin.

I know: The supreme leader will never do that because he detests America, and because the goal of the global Islamic revolution he claims to lead is “Death to America!” I respectfully submit that members of Congress not ignore such facts; that they instead consider what such facts imply and whether a historic responsibility is not resting on their broad shoulders.