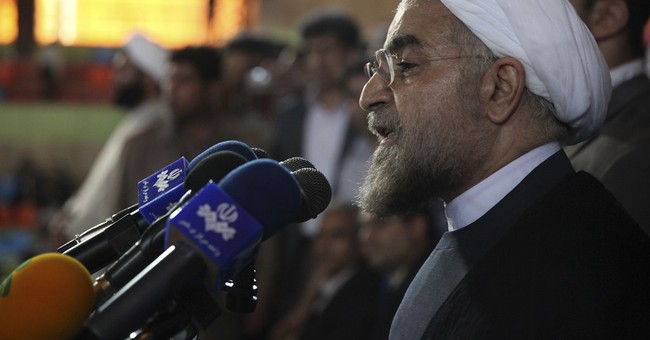 The Islamic Republic of Iran is holding its eleventh presidential election on Friday. It’s all very exciting — just as it was in 1979 when, right after the Iranian Revolution that brought down the Shah, Iranians first cast ballots. I was there — a reporter in Iran, working on a documentary film for Bill Moyers at PBS. Then, as now, the elections were the focus of considerable international attention. Then, as now, the elections were a total fiction.

Some people understood that then — others have never seemed to get it. For example, ten years ago, Richard Armitage, then deputy secretary of state under President George W. Bush, called Iran a democracy. In recent months both Secretary of State John Kerry and Secretary of Defense Chuck Hagel have said that Iran has an “elected” government. Hagel even added that it was “legitimate.”

The Iranian producer with whom I was working was enthusiastic about those first post-revolution elections. He regarded my skepticism as unjustified and unfair. Iranians were flocking to the polls. Surely that represents progress, he said.

What struck me was how much the system set up by revolutionary leader Ayatollah Ruhollah Khomeini resembled what I had seen as a student and journalist in the Soviet Union. There, too, people could vote. But the government officials they elected held no real power. That was reserved for the Communist party.

In Iran, the supreme leader wields supreme power. In 1979, Ayatollah Ruhollah Khomeini was the supreme leader; today it is Ayatollah Ali Khamenei. He does not answer to the people. He answers to a higher authority — indeed, the very highest authority. To insure that the supreme leader’s will is done, there is the elite Islamic Revolutionary Guard Corps and the roguish militia known as the Basij.

The twelve-member Guardian Council — appointed, not elected — also reports to the supreme leader, and together they decide who is and who is not qualified to be a presidential candidate. Under Iran’s Islamic constitution, only men and only Shia Muslims may apply. For the current election, there were 686 registered candidates. Eight were approved.

A few days ago, Khamenei made clear to the finalists that they are not to “make concessions to the enemies.” In other words, they are not to suggest that Iran might be better off refraining from developing nuclear weapons, pursuing a policy of peaceful coexistence with America and Israel, and focusing on the repair of an embattled economy.

Not one of the candidates can be seriously considered a reformer — unlike in 2009 when Mir-Hossein Mousavi and Mehdi Karroubi were permitted to run. You’ll recall that when those election results were announced, incumbent president Mahmoud Ahmadinejad was the winner — by a landslide. Millions of Iranians realized that the election had been rigged and that this was not the first time they had been played for fools. They took to the streets shouting, “Death to the dictator!” and asking President Obama, “Are you with us or against us?” What became known as the Green Movement was quickly and brutally crushed.

Why do Iran’s rulers even bother with this charade? For one, I think, because most dictators still like the sound of the word “democracy.” Think of the Democratic People’s Republic of Korea and the Democratic Republic of the Congo.

Another reason: As exiled dissident Mojtaba Vahedi told the Wall Street Journal’s Sohrab Ahmari, the supreme leader likes to have “a fall guy who at the same time has no real power — someone with no serious responsibility but who’s nevertheless accountable for every failure.”

Vahedi, now living in the U.S., served as a top aide to Karroubi, who first ran for the presidency in 2005 — and who afterward charged that that election had been a fraud, noting the suspicious fact that in at least three provinces, “the total number of votes cast outstripped the number of residents.”

So, no matter who is announced the winner this weekend, do not uncork your best bottle of pomegranate juice. The supreme leader will still reign supreme. Like his predecessor, he believes Muslims have a religious duty to wage war against infidels, in particular America, the “Great Satan,” and Israel, the closer-to-home “Little Satan.” Iran’s constitution is quite clear: It calls for jihad “against the arrogant in every corner of the globe.” That would be us.

It is this reality — not an Iranian election — that we should be discussing. Only then can we hope to formulate a serious national-security strategy for the challenging years that lie ahead.