Chuck Muth
|
Posted: May 06, 2019 2:55 PM
Share   Tweet
The opinions expressed by columnists are their own and do not necessarily represent the views of Townhall.com. 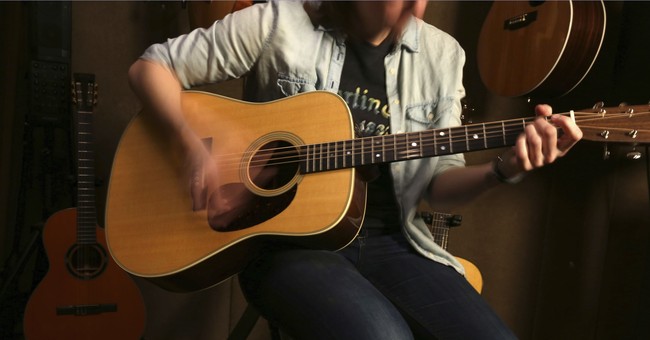 I think it’s safe to say the entertainment industry – including the music industry - isn’t exactly friendly to conservatives and Republicans.

Indeed, since 2008, the music industry has directed at least 80 percent of its annual campaign donations to Democrats, while the entertainment crowd as a whole donated over $8 million to Hillary Clinton’s presidential campaign in 2016, compared to less than $300,000 to Donald Trump.

If you’re not familiar how this system works, let me give you a layman’s Reader’s Digest explanation…

Now, in order for a department store, coffee shop, radio/TV station, and/or music streaming service to play your music on their station or platform, they need to pay you a fee, known in the industry as a “royalty.”

The problem for individual artists is that there are, literally, tens of thousands of services which broadcast music – including over 10,000 radio stations and 10,000 cable TV systems. And that doesn’t even include the overwhelming majority of retail stores, bars, and, in many cases, elevator companies that play music in their businesses.

Which means it would be virtually impossible for an individual artist to negotiate a royalty agreement to play their music with each one individually.

Those organizations charge an annual blanket fee to the multitude of broadcast services for the right to play the music of artists – and then pay royalties to the artists who have signed up with them.

The problem is, between the two of them, ASCAP and BMI control approximately 90 percent of the music you listen to these days – a virtual monopoly. Which, of course, opens the door to price-gauging.

Now, in order to avoid anti-trust complaints and lawsuits over price-fixing, these two giants entered into “consent decrees” with the Department of Justice way back in 1941.

As part of the agreements, the blanket licensing system – allowing businesses and stations to gain access to all the songs managed by both groups at fair rates - was established, and a “rate court” was created to mediate disputes.

Nevertheless, greed is a powerful motivator. And now ASCAP and BMI are lobbying Attorney General William Barr to dump the consent decrees, or at least loosen up the restrictions.

What we have here is a very difficult and very complex situation.

The “middlemen” – ASCAP and BMI – provide a valuable service, especially for small service providers and new performers trying to break into the business. However, controlling 90 percent of the market means it’s not a free market, thus necessitating government oversight and regulation.

The consent decrees that have been in place for the music industry for over seven decades now are an important anti-trust tool that cannot be understated. Keeping those decrees in place is the only sensible thing to do.