The Audacity of Hopeless Disasters 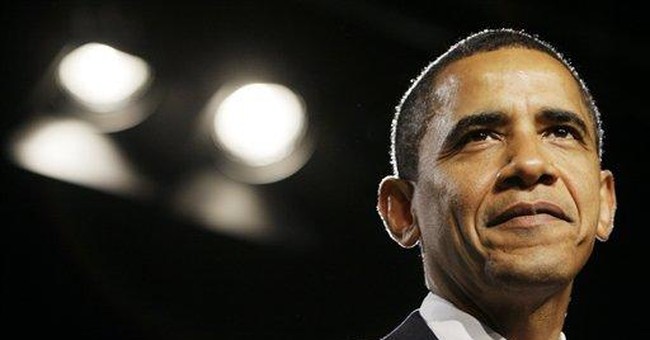 Well, Barack Obama has now passed the seven-month mark of his presidency and we are seeing what we have to endure for the next three years and five months. Already, we can tell that the Barack Obama administration is just one disaster after another.

First we saw the Obama Hubris front and center as he spent $170 million on his inauguration event, which was partially paid for by the same Wall Street executives Obama voted to bail out in 2008.

Next, came the Obama Stimulus package, which was his first priority and the most important part of his agenda, an agenda that was supposed to get the economy back on track. Obama himself said that the stimulus was necessary to keep unemployment from rising above eight percent. Well, unemployment is just about at the 10 percent mark and if you were not sure before, you know now that the stimulus was a dud.

A big reason why the stimulus failed was that only 13 percent of the package had anything to do with stimulating the economy. The remaining 87 percent went to pet projects and boondoggle programs, such as billions of dollars to pay off Obama’s storm troopers, namely, ACORN.

The National Review broke down the stimulus by exposing where the money went. Here are some of the most outrageous places our $787 billion worth of tax money went:

$4.2 billion for neighborhood stabilization activities (here is where ACORN comes in to play);

$50 million for the National Endowment for the Arts;

$87 million for a ship that breaks polar ice (I thought global warming was taking care of that?)

$600 million to convert the federal auto fleet to hybrids;

$450 million for NASA to engage in climate-research missions;

$600 million for NOAA to engage in climate modeling;

$1 billion for the Census Bureau.

Obama then attempted to place the oversight of the 2010 U.S. Census process in the hands of his Chief of Staff, Rahm Emanuel, rather than allow the Commerce Department to do its job. This was an Obama manipulative tactic so he could redistrict Congressional Districts to favor Democrat candidates (Gerrymandering) with our tax dollars. Thanks to public outcry, this tactic was unsuccessful.

The stimulus bill also included language to ban money from being used to renovate school buildings where "religious worship" occurred. This means organizations such as the Fellowship of Christian Athletes and Catholic Student Ministries, which meet on college campuses nationwide, are barred from doing so if the building where they meet was renovated using stimulus funds. This is a clear violation of the First Amendment of the United States Constitution.

Obama soon filled his cabinet with the most horrible left-wing ideologues like David Ogden, who once argued in court on behalf of defending child pornography.

There were cabinet positions that he tried to fill with candidates who had ethical dilemmas like Bill Richardson, and the tax cheat list that included Tim Geithner, Tom Daschle, Nancy Killefer and Hilda Solis, whose spouse owes the IRS back taxes.

Obama also overturned a G.W. Bush energy policy to re-open drilling off the Atlantic and Pacific coasts. This all occurred within the first few months of the Obama administration.

By March, less than three months into the Obama presidency, the Congressional Budget Office filed a report showing that Obama's budget would produce $9.3 trillion in additional debt than we currently have. This is a total of four times the amount left behind by George W. Bush, which took eight years to accomplish. Yet, Obama’s budget produced a deficit that quadruples Bush’s deficit in just three months.

The Obama budget even called for increasing the death tax rate to 45 percent.

Obama, who promised to raise taxes only on the “rich,” has already proposed to add to the punitive income tax we must pay, a national sales tax, a cap and trade tax, an elimination of the payroll tax contribution ceiling and the elimination of charitable deductions.

It just keeps getting worse.

Obama ordered the federal government to take over a significant portion of the entire banking system and the auto industry. He personally fired the CEO of an auto company, shut down successful auto dealerships across the nation, and called for the Federal Reserve to oversee the CEO pay of banks and Wall Street firms.

He has proposed releasing enemy combatants (terrorists) held at Guantanamo Bay, Cuba. He has defended Iran’s “right” to use nuclear power, while denying our nation the same right.

He has implied that he will side with Iran over Israel if there is a conflict between the two nations, which all but gives the Iranians the green light to attack Israel. He has refused to confront Russia for attempting to take back Eastern European nations once occupied by the Soviet Union that are now members of NATO.

Obama has stood by and done nothing to help two American journalists taken hostage by the communist government of North Korea. He has brushed aside Poland’s concerns of a Russian empire that threatens them.

He has even refused to intervene as Russia bribes the nation of Kyrgyzstan in order to eliminate the USA’s connection to the Afghanistan Manas airbase, and fails to address Russia’s plans to cut off supply lines to our troops in Afghanistan.

As Russia calls for replacing the dollar as the international reserve currency of the world, Obama continues to spend our dollars unwisely and call for more printing of them, which will lead to hyperinflation and the devastating debasing of our currency.

Recently, two whistleblowers by the name of Anita MonCrief and Marcel Reid came forward to expose the work of ACORN. They testified under oath before the House Judiciary Committee. They mentioned that ACORN engaged in shakedown tactics to obtain funds from organizations like the Carlyle Group and H&R Block -- this on top of the money they receive from our tax dollars.

It came out in the hearings that ACORN had worked closely with the Obama 2008 presidential campaign. This should come as no surprise as Obama is a huge fan of Saul Alinsky, the communist radical who espoused such radical shakedown tactics.

Obama has called for a $1.4 billion cut to our nation’s missile defense system along with ending the funding for an Airborne Laser mounted to a Boeing 747, which is designed to intercept missiles when they launch. This comes at a time when North Korea continues to improve their nuclear missile capability, threatening the West Coast of the USA.

Then there is Obama’s push to socialize the nation’s healthcare system. Besides the fact that socialized medicine always leads to rationed care, soaring tax hikes and poor health care overall, the fact that Obama shows a coldness to those of us who are not as “elite” as he thinks himself to be is beyond the pale.

Take Obama’s comments to Jane Sturm during his ABC News endorsed health care town hall meeting. Sturm asked if under Obama’s plan her mother, now 105 years old, would be eligible for a pacemaker when she was 99 years old. Sturm mentioned that a specialist recommended against installing the pacemaker due to her mother’s age. Sturm did find a doctor to add the pacemaker and Medicare paid for the procedure. Sturm’s mother was shown in a video clip to be vibrant and full of life today, more than five years after the surgery.

Yet, Obama’s response to Sturm was chilling. Referencing his socialized health care plan, Obama said, “You know, maybe this isn’t going to help [the pacemaker]. Maybe, you’re better off not having the surgery, but taking a pain killer.”

So there you have it. Obama is content to let elderly people die, as long as they take a painkiller, instead of letting them have pacemaker surgery. Have you ever heard anything so horrible from the mouth of the president of the United States?

Add to all of this Obama making fun of Special Olympic athletes, telling the Austrian people about the “Austrian language” when there is no such language, and authorizing Air Force One to fly low near downtown Manhattan for a photo opportunity -- which caused a panic as the people thought another 9/11 incident was occurring -- and it is easy to see that Barack Obama and his policies are a disaster for sure.

What will “We the People” do to stop his radical agenda? Hopefully, we will call our Members of Congress to constantly complain about Obama’s policies and vote for real change and real hope in 2009 and 2010. Otherwise, the Audacity of Hopeless Disasters will only continue.