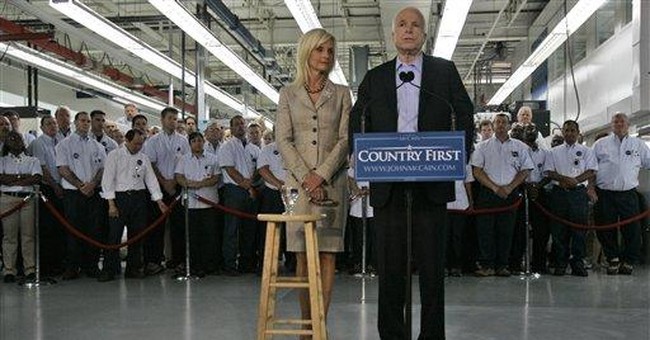 I have recently been reading articles, posted on the Internet by young Republican pundits, claiming that the Republican Party has forgotten about the younger generation -- the Generation Next as they are called. One article went so far as to say that Republicans are talking down to younger people and too oriented around Reagan. I beg to differ.

What we are experiencing is a new kind of generational gap between younger and older Americans. Let’s face it; a generation gap has always been a part of the American culture. For instance, in the 1950’s, many parents refused to allow their kids to listen to Elvis Presley. Presley, whose music is tame compared to today’s gangster-rap and heavy metal music, was seen as a threat to the social mores of the time. The American generation gap has simply synthesized due to modern technological advances -- primarily the Internet.

It is ironic that some young Republicans say they can’t relate to Ronald Reagan. It was Reagan who made the explosion of technology possible by breaking up the AT&T monopoly and ending the FCC’s Fairness Doctrine policy. Since then the rise of new media formats have exploded, and with it conservative media.

So what if the old Republican establishment is resistant to change? So what if the young generation can’t relate to Ronald Reagan? It is our job as young conservatives to convey Reagan to them. It is our responsibility to blog Reagan.

Conservatism is centered on preserving or conserving the values that our nation was built upon. When conservatives oppose liberal judicial activists who desire to rewrite the Constitution at will, they resist a change in a very necessary way. This means change must be worthwhile. Therefore, it is possible and even vital, to embrace a change in the message delivery without necessarily changing the message itself.

Let’s not forgot that conservative values stand the test of time and do not go out of style. Just as our founding fathers needed freedom from the external controls of government, so do we today. Think about what would happen if Internet traffic in America were taxed, or even tracked by the government, which is what Democrat Senator Chris Dodd has called for? What would happen to the freedom of speech?

Clearly, the values spoken of in the Constitution of the United States apply to people today as much as they did in 1787 when the Constitution was first written. In as much as culture and society changes, human nature does not. People still need freedom from government control.

Blogging Reagan means we young conservatives under forty years of age must convey the values of Reagan in new ways. We must make the case that power belongs to the people, not government bureaucrats. It is this free expression of ideas that the founders knew would act as a check and balance system to keep the government and even the media establishment accountable to the people. The Internet allows for this in ways that are instantaneous and highly effective.

Let’s think back to 1998, when the traditionally liberal magazine, Newsweek, decided to not break the story about the Bill Clinton-Monica Lewinsky affair. It was the Drudge Report on the Internet that broke the story instead.

Again, in 2004, CBS ran a story claiming that George W. Bush was supposedly absent without leave (AWOL) from the Texas Air National Guard in the 1970’s. Dan Rather ran the story about Bush being AWOL without first confirming that the documents he used to base his story upon were accurate. It turns out those documents were forged and written on a computer using the computer program Word, not a typewriter from the 1970’s. This was exposed by a blogger on the Internet and it resulted in the story being proven false, as well as Dan Rather and his colleague Marla Mapes being fired by CBS.

The power of the Internet to break stories wide open is on one hand overwhelming, which may be why some old guard Republicans shy away from it. On the other hand, the Internet allows the average citizen to engage in the political process in a manner never dreamed of before. This creates an amazing opportunity for conservatives to share our values with the world.

We must remember that we can advance our conservative values in new ways without losing those values in the process. That is the draw for the young generation. They can have a voice in the process and we must embrace them. I don’t believe the old guard Republicans are talking down to young people. I believe the old guard just doesn’t know how to relate to young people. That is why my company advances the conservative agenda through the power of new media. Day by day, we are proving that we can reach young people with the conservative worldview. We just have to be willing to think outside of the box.

All In all, we don’t have to look for scapegoats to blame for the lack of conservatism among younger people. We simply need to engage the younger generation with the power of new media and win them over one heart at a time. Like Saint Francis of Assisi once said, “Better to light one candle than to curse the darkness.” Young Republican pundits would be wise to learn this lesson.