Christian Whiton
|
Posted: Feb 26, 2019 12:01 AM
Share   Tweet
The opinions expressed by columnists are their own and do not necessarily represent the views of Townhall.com. 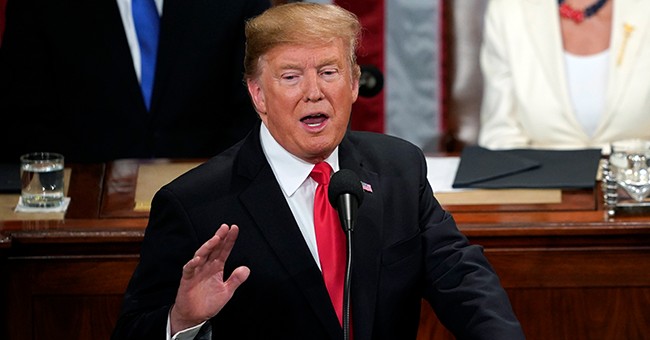 The mainstream media hatred of President Trump is driving them to new levels of absurdity — even his administration’s new international gay rights campaign drew bizarre accusations of bigotry from liberal journalists.

The new initiative, which was inspired partly by the brutal public hanging of a gay man in Iran last month, aims to end the criminalization of homosexuality by oppressive regimes all around the world — an effort that should have heartened even some of the President’s most adamant foes.

Instead of praising the administration for defending human rights for all, the liberal media largely ignored the announcement. What little coverage they did devote to the story, moreover, managed to turn the unambiguously positive development into yet another attack on President Trump.

The Daily Beast, for instance, published a report on how the President's mission to decriminalize homosexuality was “greeted with skepticism” despite the fact that U.S. Ambassador to Germany Richard Grenell, who is openly gay, insisted that the measure is “wildly supported by both parties.”

“But LGBT and human rights groups largely responded with skepticism — both over the report itself and the sincerity of the Trump administration’s motives,” the left-leaning publication wrote, amplifying the criticisms of cherry-picked liberal activist groups that have consistently opposed President Trump.

Remarkably, some liberal journalists went even further in their attempts to discredit the initiative, proclaiming that defending the rights of gay people is actually a form of racism.

Out Magazine, a publication that focuses on gay issues blasted the plan as an “old racist tactic” that is really intended to demonize cultures that don’t tolerate homosexuality.

“Rather than actually being about helping queer people around the world, the campaign looks more like another instance of the right using queer people as a pawn to amass power and enact its own agenda,” writes Mathew Rodrigues.

Specifically, Rodrigues takes issue with the fact that the measure targets countries like Iran, arguing that it’s merely a part “of an old colonialist handbook.” According to Rodrigues, reminding people that the Islamist regime routinely executes its own citizens for their sexual orientation is just a way to inflame anti-Muslim sentiments.

Of course, liberal pundits and journalists can’t suddenly abandon their own biased lie. For more than two years, the mainstream media have done everything in their power to portray President Trump, who as a candidate waived a rainbow flag from a stage, as an anti-gay bigot.  Inconveniently for them, his administration’s effort to end the criminalization of homosexuality around the world flies in the face of that deceptive narrative.

Instead of reporting about the President’s ongoing effort to stop the AIDS epidemic all around the world, for instance, Politico decided to run a story on how the Trump administration “dismantles LGBT-friendly policies.” Likewise, rather than applauding President Trump’s pledge to eradicate HIV in America by 2030, multiple news outlets insisted that his promise was unrealistic.

The mainstream media are simply too invested in their anti-Trump agenda to cover the president objectively, even when he advances policies they’ve previously supported.

As he is also proving with his response to the crisis in Venezuela, President Trump is a great champion for freedom and justice in the world. Once again, with his defense of gay human rights against brutal regimes such as Iran’s, the President is showing his respect for all human life.

Christian Whiton is a senior fellow for strategy and public diplomacy at the Center.  He was a State Department senior advisor during the George W. Bush and Donald J. Trump administrations.