Chris Talgo  |  Sep 23, 2020
The opinions expressed by columnists are their own and do not necessarily represent the views of Townhall.com.
Top Columns
Trending on Townhall Media 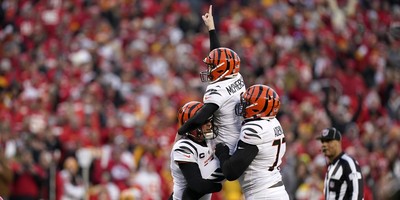 On September 21, CNN anchor Don Lemon displayed his contempt for America’s governing system, as well as his ignorance of basic civics, during a very revealing back-and-forth with his CNN colleague Chris Cuomo.

“We’re going to have to blow up the entire system,” Lemon said, referring to what he believes must happen should Joe Biden win the White House this fall.

Cuomo: “I don't know about that. You’ve just got to vote.”

Exasperated, Lemon countered, “The minority in this country decides who the judges are and they decide who the president is. Is that fair?”

Cuomo: “We’ll need a constitutional amendment to do that.”

Lemon: “And if Joe Biden wins, Democrats can stack the courts and they can do that amendment and they can get it passed.”

Cuomo: “Well you need two-thirds vote in the congress and three quarters of the state legislatures.”

Lemon: “Well they may be able to do that.”

It is sad (and funny) that Lemon, a CNN anchor with a primetime slot, is clueless about elementary civics.

However, it is frightening that Lemon is condemning the Electoral College, which is the last line of defense against mob rule.

Unbeknownst to Lemon obviously, the Founding Fathers created the Electoral College to prevent as James Madison put it, “tyranny of the majority.”

According to Hans von Spakovsky, a former member of the Federal Election Commission, “The Electoral College is a very carefully considered structure the Framers of the Constitution set up to balance the competing interests of large and small states. It prevents candidates from wining an election by focusing only on high-population urban centers (the big cities), ignoring smaller states and the more rural areas of the country — the places that progressives and media elites consider flyover country.”

As Spakovsky understands, unlike Don Lemon, the Founding Fathers were well aware of the dangers that direct democracies pose to the preservation of rights for all, especially those in the minority.

Such is why they insisted that the United States not follow the example of ancient Greece, the world’s first direct democracy. Instead, the Founding fathers, in their wisdom, created a federal constitutional republic.

And under the Constitution, they made sure to enact a system that protected the rights of all, including those who live in small states. That is why state legislatures originally elected U.S. senators, not the people directly. By doing so, the states had a say in the federal legislature.

That is, until the Progressive Era, when the 17th Amendment was passed, which resulted in less power for the states and more power for the federal government.

Not only does it ensure that multiple constituencies in several states maintain their place at the table of power, it also forces presidential candidates to barnstorm the nation in an effort to win the votes of all sorts of groups, who have a plethora of issues that they care about.

If we were to do away with the Electoral College, which is not as easy as Lemon thought it was, presidential candidates would likely travel to major cities while ignoring the wants and needs of those in rural areas and less-populated states.

Yet, I suspect that someone like Don Lemon, who has repeatedly thumbed his nose at so-called flyover country, would have no problem with this scenario. In fact, I strongly believe out-of-touch coastal elites like Lemon would welcome this with open arms.

Well, sorry Don. As things stand, the Constitution is still the supreme law of the land. And as a former teacher of American Government and U.S. History, I can say that I taught hundreds of teenagers who grasped this concept (along with other basic civic lessons) much better than you apparently do.