Faith and Real Healing in the 21st Century: A Review of 'Your Faith Has Made You Well'

Chris Salcedo
|
Posted: Sep 29, 2019 12:01 AM
Share   Tweet
The opinions expressed by columnists are their own and do not necessarily represent the views of Townhall.com. 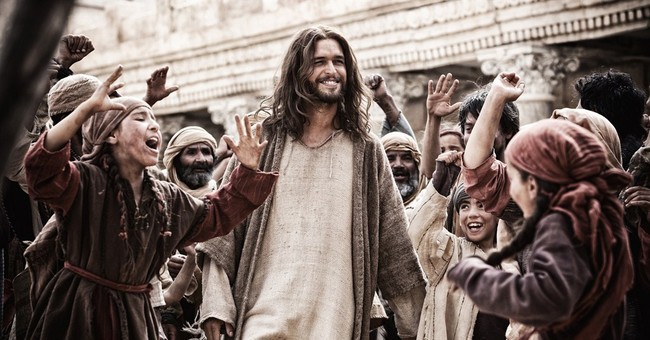 On September 23, 2019, President Donald J. Trump delivered a remarkable address to the United Nations. He pledged American support to Christians around the world, as they have become the most persecuted faith on earth. Trump stands with persecuted Christians, he stands for life, and he stands resolutely for the freedom of faith. “No matter the case, America will always be a voice for victims of religious persecution everywhere,” the president said. “No matter where you go, you have a place in the United States of America.”

In recent years, this bedrock American idea has been cast into doubt. Faith has become, in the 21st Century even in America, a hotly debated and mistreated aspect of life. As the Democratic Party has shifted left, it has booed God at its national convention and sued the Little Sisters of the Poor nuns to force them to provide birth control.

Setting politics aside, what place does faith have in the modern world? What did Jesus really say about faith? What are the powers and purpose of faith? If you Google that question you’ll get more than 176,000,000 responses. Scribes and scholars have written book after book about faith. Preachers preach about it, bloggers blog about it, and haters cast doubt on it - but what is it? And what did Jesus Christ of Nazareth really say about it?

He said faith the size of a mustard seed could move a mountain.

He said we can walk by faith, not just by what we see.

He said without faith, it is impossible to please God.

And He said our faith can heal us. Not in some metaphorical way, but actually physically heal us. And he said this no less than eight times, as if to drive the point home. In one of his most famous healing moments, Jesus encounters a soldier who asks him to heal his sick servant. Luke 7 tells us the soldier saw Jesus as a commander like himself, and simply asked Jesus to command that the servant be healed - remotely, without ever meeting the servant at all. It was this soldier, and not a preacher or miracle work, who caused Jesus to turn to his following and say that his was the greatest faith Jesus had ever seen.

It is this healing and powerful aspect of faith that Dr. Bruce Hartman explores in his new book, Your Faith Has Made You Well: A Radical New Way to Create Peace and Hope.

Dr. Hartman is an unusual author to write about matters of faith. He spent his early career leading financial teams in Fortune 500 companies, an occupation strongly rooted in hard numbers where faith seems to have no place. But Hartman moved on from finance to seminary and the study of faith.

Your Faith Has Made You Well: A Radical New Way to Create Peace and Hope is the product of years of study of the scriptures and years of understanding how faith still applies now. Hartman does an admirable job of making this weighty topic very fresh and readable, by turning both to the times and sayings of Jesus and to contemporary stories of how faith continues to have the ability to heal. Included are the famous story of the woman who had suffered from a bleeding disease, possibly hemophilia, for 12 years. Hearing Jesus was to visit her town, she just wanted to get close enough to touch his cloak in the hope that doing so would be enough to heal her. She touches the cloak, Jesus feels it, and turning to her says “Your faith has made you well.” She is healed.

But how does this work? Hartman writes “For every act of real healing, there is a combination of our efforts and God’s intervention...Each healing lies somewhere on the continuum of faith.”

So we have to be involved, we have to invest something, our time, our sweat and tears, and our prayer. That, Hartman writes, is why the healing Jesus demonstrated is still possible now. We can still believe. Our faith can make us well. He relates the stories of dozens of people who faced injury, sickness and disease, whose investment in faith made them well. Every story is real.

The book is non-linear, meaning it’s perfect for a small group study and discussion as well as individual study. You can pick it up, thumb to any page and come away with a new nugget about faith. Your Faith Has Made You Well by Dr. Bruce Hartman is a challenging, engaging and encouraging book.