Has the “War on Women” Jumped the Shark? 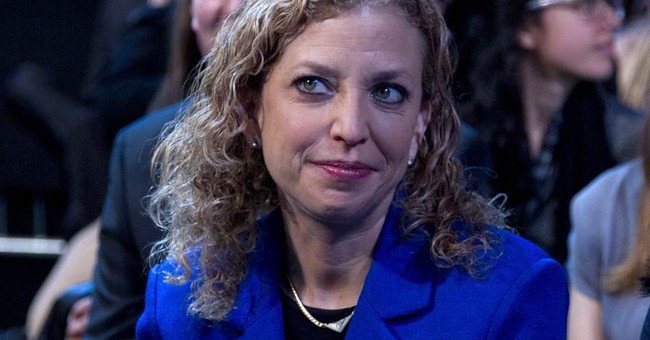 The “war on women” was always a cynical ploy by Democrats, aimed solely at getting votes from women rather than creating an economy in which we can flourish. But it worked.

President Obama is in the midst of his disastrous second term largely because women voted for him in 2012 by an eleven point margin. But there are clear indications that the “war on women” is not working in 2014.

For good measure, she added that “what tea party extremists like Scott Walker are doing is they are grabbing us by the hair and pulling us back. It is not going to happen on our watch.”

Allison Lundergan Grimes is trying to unseat Senate Minority Leader Mitch McConnell in Kentucky using a “war on women” strategy. A Grimes TV spot features the candidate in a woodsy setting asking why Senator McConnell voted against renewing the Violence Against Women Act and an equal pay bill. “I can never get him to answer this one, either,” Grimes says after a moment of awkward silence.

Never mind that the Violence Against Women Act is actually a feminist boondoggle that doesn’t do nearly as much to empower women as it does to employ activists, and that the latest equal pay bill is great for tort lawyers but not for women. This kind of attack has often proven lethal for Republicans. Yet right now, Grimes and McConnell are neck and neck among female voters, and McConnell slightly ahead overall in this very tight race.

In an article with the headline, “Democrats See South as No Country for White Men in Senate” (yes, they actually ran that headline), Bloomberg News reported on the Democrats’ unusually large number of female candidates in the Deep South. Bloomberg says that Democrats are “wagering” that this will lead to a comeback in the south.

“It worked six years ago when the party recruited Kay Hagan to defeat Republican Senator Elizabeth Dole in North Carolina and Senator Mary Landrieu won a third term in Louisiana, both with outsized support from women voters,” Bloomberg notes. But it is not working so splendidly now. Hagan and GOP opponent Thom Tillis are about even in the polls, while Landrieu, despite possessing a name that is golden in Louisiana, is locked in a tight battle with Republican Congressman Bill Cassidy.

Michelle Nunn—like Landrieu, the possessor of a famous surname—has a slight lead in the Georgia Senate race at this writing, but Wendy Davis, who won the hearts of feminists filibustering a measure to restrict abortion bill in her pink running sneakers, is nowhere in her race against Republican Greg Abbott in the Texas gubernatorial race, once a long shot hope of Democrats.

Part of the problem surely is that these are serious times and those hawking the War on Women line are simply not serious people. The courageous feminist writer Amanda Marcotte has come out foursquare against the home-cooked family dinner, while the always amusing Jessica Valenti (the poor woman’s Wasserman Shultz?) has advocated free tampons (“If Men Were the Ones Who Got Periods, Tampons Would Be Thrown Free From Floats Like Mardi Gras Beads”—okay, I admit, I just had to quote that title).

But here’s the thing: nobody is paying to these shenanigans much attention these days. To the extent that Valenti got any response at all, it was all backlash.

Similarly, when State Department’s deputy spokesperson, Marie Harf tried to smear Fox’s Bill O’Reilly as sexist for criticizing the competence of Harf’s obviously-in-over-her-head boss, Jen Psaki, Harf seemed silly. Lowering the level of State Department discourse even more, Harf—who obviously has no compunction about sucking up to her boss in pubic—said that what O’Reilly said was “not OK.” Not okay?

The always phony “war on women” rhetoric was suited to a period when the United States was taking a holiday from history. I don’t by any means dismiss the genuine concerns of women—our need for a good economy and opportunities for good jobs and a flourishing civil society—but outrage over bogus charges that the GOP cares one way or the other about birth control was fine for a halcyon age when Osama was dead, Detroit alive, and al-Qaeda was on the run.

We could afford to engage the idea of contraception without co-pays or Mitt Romney’s “binders of women” remark back then. It was an un-serious time when we did not know what dangers awaited us.

With ISIS beheading innocent Americans and threatening to attack us on American soil, suddenly forcing Jesuits to pay for birth control doesn’t seem so relevant anymore.