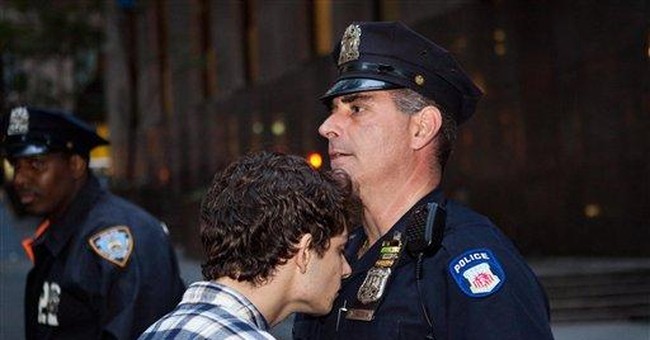 On February 1, 1960, four African American students from the Agricultural and Technical College of North Carolina, sat down on stools at the Greensboro Woolworth store; stools reserved for white patrons only. They asked to be served; they were refused. They were asked to leave; They would not. In fact, over time they were to come back again and again with ever increasing numbers of students until ultimately Woolworth would yield and permit the integration of its lunch counter. The sit-ins spread as a tactic and captured the attention of Martin Luther King, Jr. who described them as ‘‘electrifying movement of Negro students [that] shattered the placid surface of campuses and communities across the South.’’

Those courageous students who staged that original sit-in were victims. They were victims of the Jim Crow laws that had been pervasive nationwide, and particularly in the South, since 1875. Their non-violent form of defiant protest stood strong against true discrimination and the blatant application of man’s inhumanity against man.

To celebrate the courage shown by those students, 54 years and two months later a group of Dartmouth College students staged a three day sit-in at the University's president’s office. Their purpose? To demand a point by point response to their Plan for Dartmouth’s Freedom Budget: Items for Transformative Justice at Dartmouth; a list of action items the protesters said would address a variety of issues on the campus, all of which relate to some perceived victimization of themselves or other students (victims whose parents kick-in over $60,000 per year for their education).

The Freedom Budget, a mesmerizing read for the socially un-conscious, opens with:

We, the Concerned Asian, Black, Latino, Native, Undocumented, Queer, and Differently-Abled students at Dartmouth College, seek to eradicate systems of oppression as they affect marginalized communities on this campus. These systems--which include racism, classism, sexism, heterosexism, and ableism—are deployed at Dartmouth and beyond as forms of institutional violence. We demand that Dartmouth challenge these systems by redistributing power and resources in a way that is radically equitable. We believe that dialogue and resistance are both legitimate and necessary ways of disturbing the status quo and forcing parties to deal with the roots of the issues.

Demands include hiring more racial minorities as faculty, implementing more gender-neutral housing and bathroom options and banning the term "illegal immigrant." So shackled and drawn are those who walk the Dartmouth grounds.

Are these students courageous torchbearers of the Civil Rights legacy or are they pampered, petulant and privileged youth simply screaming to the world “notice me?” In their Freedom Budget, they invoke the work of MLK, hinting that they are finishing a symphony left uncompleted at his untimely, tragic death. Really?

King, seeking only to have persons judged on the content of their character; not the color of their skin, addressed issues of manifest discrimination that prevented an entire race of people from enjoying freedoms promised by our Constitution. These students at Dartmouth seem to be protesting that they are victims of living in an imperfect world!

At universities today, too many students are preoccupied with finding a perch from which they can call themselves afflicted with the malevolent intent of phantom “oppressors.” They seek to gin up conflict and create a permanent state of unrest by reminding themselves and the student body that all is not perfect in their life and that imperfection is the direct result of deliberate actions of others. They are selling.

King didn’t have to sell. Racism in 1960 America was real and the consequences dire for those who suffered under it. These students are not suffering. They want to feign suffering for attention and whatever spoils they might acquire from their collective whine.

As a card-carrying member of the millennial generation, I, myself, am most certainly a victim. I am a victim of a barren job market, an expensive and constraining healthcare law, a national debt that imperils my future, and a politically correct culture which censors and makes exercising free speech akin to navigating mine fields. Now having established my victimization bona fides, let me suggest to my college peers that they stop seeking redress for grievances and start looking for ways to use their own personal skills to better their own world. They just might discover that they will lift the boat of others in the process.

Today’s Ivy leaguers might be well advised to actually study the days of MLK when the nation was teeming with true victims. Perspective and humility may follow.