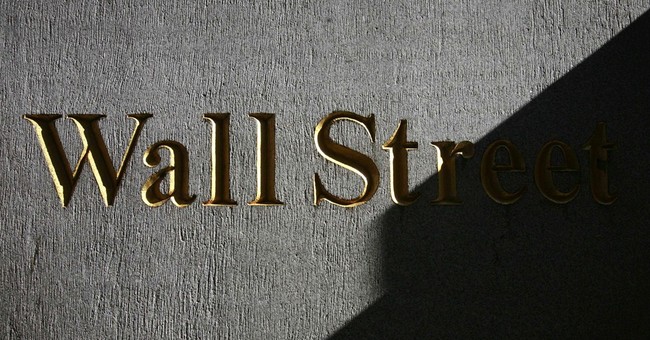 "On top of that, you needed persistence, practicality, stinginess, innovation, ruthlessness and fearlessness. The greatest hurdle to fortune was the desire for safety- as addictive as crack cocaine, but much worse for you."

Last month, Felix Dennis, who passed away at age 67, left an indelible mark on the planet that was part maverick and part conservationist in all its guts and glory. His personal life and peccadilloes are not what is noteworthy, although they will make for a great movie one day. It was his willingness to take risks and ignore popular conviction in order to build a publishing magazine in the twilight era of magazine publishing. The creator of "Maxim" and "The Week," he began his journey penniless up until the time he got the job as co-editor at "Oz" magazine.

We are always enthralled and enamored with rags-to-riches stories that layout a blueprint that includes risk-taking, hard work, and commitment.

Yet, when it comes to changing our own lives, such attributes are checked at the door in favor of safety and a static life, where daydreaming is as close as we get to achieving the real-life desired.

A description of an investor who, when faced with two investments with a similar expected return (but different risks), will prefer the one with the lower risk.

A risk-averse investor dislikes risk, and therefore, will stay away from adding high-risk stocks or investments to their portfolio and in turn, will often lose out on higher rates of return. Investors looking for "safer" investments will generally stick to index funds and government bonds, which generally have lower returns.
-Investopedia

When it comes to investing, running a business or country, accepting limited returns means limited improvement, often coming up short of goals.

Check out the headlines this week:

A scathing report says the United Nations and international non-government organizations are playing their budgets so close to the vest, and focused so much on administrative and personnel, that they are "feeding the headquarters beast," rather than responding to humanitarian emergencies.

A driving force of risk aversion is when particular monetary demands have top priority and more certain outcomes of investment and time limit the options for the rest of the organization.

Lawrence Summers, who worked in the Clinton and Obama administrations as Treasury Secretary and economic advisor, wrote a scathing op-ed that calls out his old boss, President Obama, on classic risk-aversion.

"Coaches know that there is nothing more dangerous for a sports team than retreating into passivity out of fear of making a mistake. Whether it is because of a desire to sit on a lead or because of nerves following a setback, failing to advance aggressively is usually a strategic error.

"What is true in athletic competition is all too true in the life of nations. While imprudence is never good, excessive caution in the name of prudence or expediency can have grave consequences. A nation will never have more power or influence than it has ambition to shape the global system. A sense of fatalism can become a self-fulfilling prophecy as adversaries are emboldened and allies move either to appease rivals or to provide for their own security."

It seems that Summers is frustrated that President Obama has taken the low-risk approach to foreign policy, meaning no wars, leading from behind, while watching and waiting. It is easier to reap the political rewards of not getting in harm's way than to stop problems that will only become more dangerous.

I know mutual funds and 401Ks have been sold to the public as a get-rich program that only requires one to plant seeds and watch them grow. The fact is that for most people to make the kind of money they need for the life they want, they are going to have to take outsize risks from time to time. It is all about balance and managing your portfolio. In fact, ultimate investment success is about mastering risks and making adjustments.

Unlike starting from scratch, you have the advantage of studying businesses and of determining in which you want to have an ownership position. Some investments could appeal to risk-aversion, but some should have a higher-risk and therefore, higher-potential reward.

Yes, I am always telling people to begin the investing journey by looking at things they know, places where they spend their money, and rave about it to family and friends. Once you have singled out a few of these names, you have to do some homework. When it comes to retail names, homework begins with reviewing same-store sales (also known as comparable store sales).

Because retailers are always opening new locations, simply judging overall revenue growth is misleading for the most part, the top line is always going to be higher year- over- year.

By looking at the same-store sales of locations typically opened 12 to 15 months, you'll get a real feel of the demand for the company's products and services. You can find same- store sales information in quarterly earnings releases and annual reports.
Crumbs went public June 30, 2011 at $13.00 a share. The company used a mechanism known as a reverse take-over, merging with a company already trading to the public, requiring less rigorous due diligence than a normal initial public offering.

Over the years, this was a glaring trend, along with a stock that was mostly in perpetual freefall.

Crumbs reported same -store sales a week after going public, and there was a glaring red flag- down 6%.

Crumbs was the quintessential American success story. Mia and Jason Bauer opened a small cupcake shop on the upper west side of Manhattan in 2003, long before the cupcake craze began. However, one of the problems was always a barrier to an entry listed in each financial filing:

The industry in which Crumbs conducts its business is intensely competitive. Crumbs' stores compete with well-established national, regional and locally-owned traditional bakeries, cupcake specific bakeries, cafés and other companies providing baked goods and coffee. Additionally, Crumbs competes with certain quick-service restaurants, delicatessens, specialty food stores, take-out food service companies, supermarkets and convenience stores. The principal factors on which Crumbs competes are taste, quality, price of products offered, customer service, atmosphere, location, convenience and overall customer experience. Crumbs also competes for retail space in desirable locations. Many competitors or potential competitors have substantially greater financial and other resources, which may allow them to react more quickly to changes in pricing, marketing and consumer tastes. As Crumbs expands, Crumbs will continue to encounter additional competitors. See the risk factor entitled, "Crumbs' success depends on its ability to compete with cupcake specific bakeries, traditional bakeries and other food service businesses" that is contained in Item 1A of Part I of this Annual Report on Form 10-K under the heading, "Risks Associated with Crumbs" Business and Industry.

The company went public knowing the pitfalls, and even using the boom-and- bust of Krispy Kreme to avoid making mistakes.

The founders also boxed themselves in as a one-trick pony, initially dismissing the idea of licensing products or franchising stores.

I say buy what you know, but think of investing like buying a big, shiny freight truck. It looks great on the outside, but the next step is to look under the hood. The cupcakes at Crumbs were great, but it was easy to see the business as an investment was a disaster from day one.