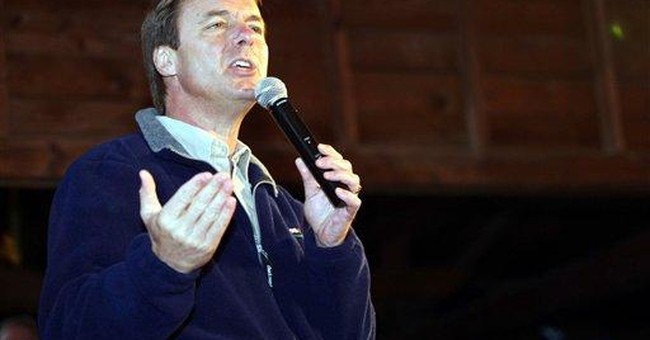 Mike Huckabee is not going to be president. The loss in South Carolina, one of the most highly evangelical states in the union, made that plain. With a ceiling of 14 percent among nonevangelical Republicans, Huckabee's base is simply too narrow. But his was not a rise and then a fall. He came from nowhere to establish himself as the voice of an important national constituency. Huckabee will continue to matter, and might even carry enough remaining Southern states to wield considerable influence at a fractured Republican convention.

Fred Thompson will also not be president. His campaign failed, but quite honorably. He never tacked. He never dissimulated. He refused to reinvent himself. He presented himself plainly and honestly. Too plainly. What he lacked was the ferocious near-deranged ambition (aka, fire in the belly) required to navigate the bizarre ordeal that is today's nominating process. Political decency is not a common commodity. Thompson had it. He'd make a fine attorney general, and not just on TV.

Then there is John Edwards. He's not going to be president either. He stays in the race because, with the Democrats' proportional representation system, Barack Obama and Hillary Clinton might end up in a very close delegate race -- perhaps allowing an also-ran with, say, 10 percent of the delegates to act as kingmaker at the convention.

It's a prize of sorts, it might even be tradeable for a Cabinet position. But at considerable cost. His campaign has been a spectacle.

Breathtaking. People can change their minds about something. But everything? The man served one term in the Senate. He left not a single substantial piece of legislation to his name, only an astonishing string of votes on trade, education, civil liberties, energy, bankruptcy and, of course, war that now he not only renounces but inveighs against.

Today he plays the avenging angel, engaged in an "epic struggle" against the great economic malefactors that "have literally," he assures us, "taken over the government." He is angry, embodying the familiar zeal of the convert, ready to immolate anyone who benightedly holds to any revelation other than the zealot's very latest.

Nothing new about a convert. Nothing new about a zealous convert. What is different about Edwards is his endlessly repeated claim that the raging populist of today is what he has always been. That this has been the "cause of my life," the very core of his being, ingrained in him on his father's knee or at the mill or wherever, depending on the anecdote he's telling. You must understand: This is not politics for him. "This fight is deeply personal to me. I've been engaged in it my whole life."

Except for his years as senator, the only public office he's ever held. The audacity of the all-my-life trope is staggering. By his own endlessly self-confessed record, his current pose is a coat of paint newly acquired. His claim that it is an expression of his inner soul is a farce.

It profits a man nothing to sell his soul for the whole world. But for 4 percent of the Nevada caucuses?