The Now and Future Caliphate 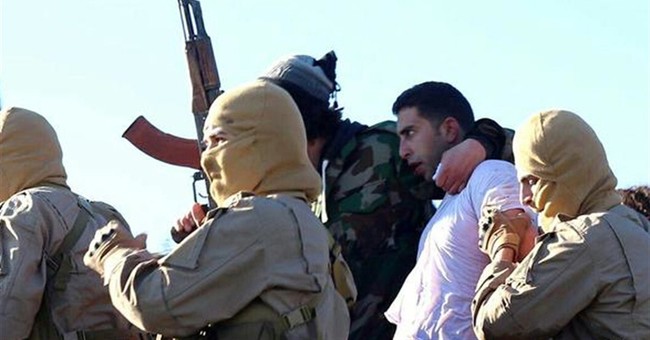 By June 29, 2014, the Islamic State of Iraq and Syria had taken big chunks of territory from Syria and Iraq by force of arms. On that date they announced the establishment of a “caliphate” and demanded the allegiance of Muslims worldwide. The Islamic State’s military successes and its claim to the mantle of the great Islamic conquests of the past were greeted with astonishment, skepticism, and not a little incredulity. But six months later, the new caliphate is still in business. And the Obama administration has led us to expect that the new caliphate may continue to exist for years to come. If there’s still an ISIS caliphate three to four years hence, when a new president occupies the White House, what will that mean?

For starters, slavery will have made a comeback on the world scene. One of the great achievements of modernity, the eradication of the trade in and legal ownership of human beings—from William Wilberforce and the Royal Navy through the American Civil War to Mauritania’s late abolition in 1981—will have been reversed. A political entity encompassing thousands of square miles and millions of people and bordering Turkey on the threshold of Europe will exist in which enslaving girls who are “non-believers” (in the jihadis’ medieval vision of Islam), selling, and buying them is sanctioned by the state.

And other barbaric practices will also have a new foothold in the modern world, as well. The bodies of beheaded Western journalists and aid workers will be regularly offered for sale by the caliphate to garner revenue for the state’s coffers.

The caliphate will also continue to attract to its territory thousands of socially alienated and vengeful Western passport holders, any of whom could board an airplane and fly to America visa-free. Many “lone wolves” are already in place and will act as those we’ve already seen in Ottawa, New York, and Sydney—inspired by the caliphate, now that jihad is on the march again, as it was on 9/11. It is no coincidence that we did not see the frequency of such attacks in the West increasing from 2007 until mid-2014, in the aftermath of our victory over al-Qaeda in Iraq. Nothing undermines the attractiveness of an ideology more than abject destruction on the battlefield.

The current, deeply flawed U.S. plan depends on an artificial separation of the battlefield between Iraq and Syria. The Pentagon will directly assist in the re-establishment of the broken Iraqi army with trainers at brigade and higher unit levels. This is a viable but slow program that will require years to implement given the limited American resources being provided to Baghdad. Meanwhile, our strategy for the caliphate in Syria lacks any reasonable prospect of success even in three to four years. There is no adequate training program for the moderate resistance organized under the Free Syrian Army. We are not going after the Assad dictatorship. So we are allowing Assad to attack the FSA, the only “boots on the ground” of the U.S. plan to destroy the caliphate in Syria, while ISIS is simultaneously attacking them as well. Thus the Obama strategy to counter ISIS in Syria leaves the critical element to the U.S. plan’s effectiveness in a tightening vice. What we really have is not a strategy to destroy the caliphate but an attempt at containment, as if you can hold back the rising tide of a resurgent ideology with half-measures.

Without committing tens of thousands of American troops, there’s only one way forward to defeating ISIS. We need to bring in Turkey along with Jordan and the Arab Gulf countries. But the Turks won’t be willing to get involved as long as the destruction will only strengthen the hand of their neighboring dictator Assad. An effective anti-ISIS alliance with Ankara will require us to confront Assad, as we did Gaddafi in Libya. And there is ample reason for us to do just that. The dictator Bashar Assad has lost all moral authority to rule with the use of chemical weapons against his own people, and he has allowed Syria to become a generator of jihadi terrorism that has conquered northern Iraq. We need a regional approach to this problem, with American military might supporting an occupation of Syria by friendly Muslim powers (to obviate the possibility of a long-term counterinsurgency similar to the Iraq War).

Unfortunately under the current containment plan, it is all too likely that the U.S. will be forced to commit significant numbers of troops to end ISIS—by a heinous, large-scale terrorist attack on our soil. If we have to send in the U.S. Army, with America bearing primary responsibility for the occupation and reconstruction of the former caliphate, we will have missed yet another opportunity for a regional solution—just as we did when we failed to support the 2011 democratic-minded protests driven by the Arab Spring in Syria.

Carter Andress is president of AISG, Inc. (American-Iraqi Solutions Group) and the author, with Malcolm McConnell, of Victory Undone: The Defeat of al-Qaeda in Iraq and Its Resurrection as ISIS (Regnery, October 2014).