Why the world did not know about WMD in Iraq 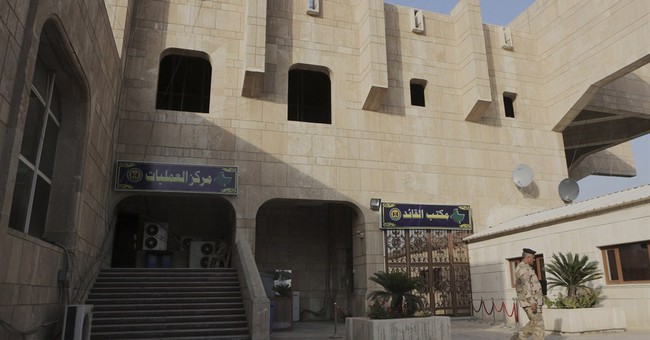 After U.S. Central Command called on us to help transport, from Iraq, enough yellowcake uranium to make several atomic bombs stored at Saddam’s nuclear weapons complex, I realized why neither the Pentagon nor the White House advertised the presence of this WMD precursor: safety and security.

Before the U.S. military moved in to secure the facility after the 2003 invasion, looters had been there first. Even though the universally recognized yellow-and-black radioactivity warnings were posted on the bunkers, locals had ripped open the storage areas and stolen casks of yellowcake with many sickened as a result. More importantly, we did not want the insurgents alerted to the exposed stockpile as they might attack the facility.

This is also why the George W. Bush administration did not crow about the approximately 5,000 chemical munitions that U.S. forces uncovered throughout Iraq, as recently reported by the New York Times. That is a serious quantity of WMD, by any standard. Interestingly, the Bush team could have diluted near-uniform shock at the failure to find WMD by highlighting these discoveries instead of allowing the narrative we all know to solidify: “no weapons of mass destruction in Iraq found except a few dozen old, mustard-gas artillery shells left over from the 1980s Iran-Iraq War.” Yet President Bush and his advisors chose to protect the troops and the mission rather than score political points back on the war’s second front, the American body politic. (None of this, however, mitigates any unpreparedness by the Pentagon to treat service members exposed to chemical weapons.)

Before my company arrived to provide guards and to build and operate a base camp for U.S. Department of Energy scientists dissecting Saddam’s nuclear weapons facility, the American Army had occupied the site with almost a company of infantry. This was quite a bit of combat power tethered to a non-populated, static location when needed to actively defend the people against the elusive al-Qaeda in Iraq terrorists and Iranian-allied militias rampant until early 2008 when the American Surge forces and the Sunni Arab “Awakening” had turned the tide delivering our victory in the Iraq War.

The limited number of combat troops available did not permit fixing them at every site where WMD were found or might be found. Hence the requirement to not advertise that Saddam had left thousands of chemical weapons lying around, potentially under any mound in mostly flat Iraq. That would have set off a dangerous treasure hunt—and if found, a tremendous threat to American troops and everyone in Iraq especially if weaponized nerve gas had ended up with al-Qaeda.

We were able to move the yellowcake successfully because of our proven relationships with the tribes along our supply line to the nuclear weapons facility, located at the center of an area known as the “Triangle of Death,” due to extensive U.S. combat fatalities suffered there. Because of our and other U.S. government contractors’ employment of hundreds of thousands of Iraqis, we helped drain the swamp (or “sea” in Maoist terms) whence the al-Qaeda insurgency sprung. The uranium operation caused us, as usual, to rent trucks from the surrounding tribes with comprehensive war-loss insurance (meaning if a truck got blown up then the owner took the loss).

This in turn caused the tribes to look outwards on the convoy movements to protect their expensive tractor trailers instead of inwards—searching for a chance to attack. Doing business for the tribes with the American government, and then the Iraqi government, turned out to be safer than supporting the nihilistic, totalitarian jihadis and the traitorous Sadrists, minions of Iran.

Regardless of what position one takes on the U.S. invasion, the world could not abide by large quantities of nuclear weapons precursor in the hands of the genocidal tyrant in Baghdad. As we are seeing with the current, seemingly endless negotiations with Iran, the millionaire mullahs of Tehran are using the pretext of “peaceful” nuclear power generation in order to assert that the denial thereof is a direct assault on a nation’s sovereignty.

Consequently, the concept that we could have gotten the yellowcake removed from Iraq as a part of lifting the rapidly degrading sanctions and truly certifying the country clean of all chemical weapons without the overthrow of Saddam defies logic and experience. The continued possession by Iraq of approximately 5,000 chemical warheads undiscovered after almost eight years of aggressive UN inspections along with the existence of enough yellowcake uranium to make 14 or so nuclear bombs with technology that the Iranians and Libyans already possessed calls for a new coda to replace “Bush lied, people died.” Certainly, we should look to the reinstatement of a principle justification for the American invasion of Iraq.

Carter Andress is president of AISG, Inc. (American-Iraqi Solutions Group) and the author, with Malcolm McConnell, of Victory Undone: The Defeat of al-Qaeda in Iraq and Its Resurrection as ISIS (Regnery, October 2014).