Government Shouldn’t Be a King Maker 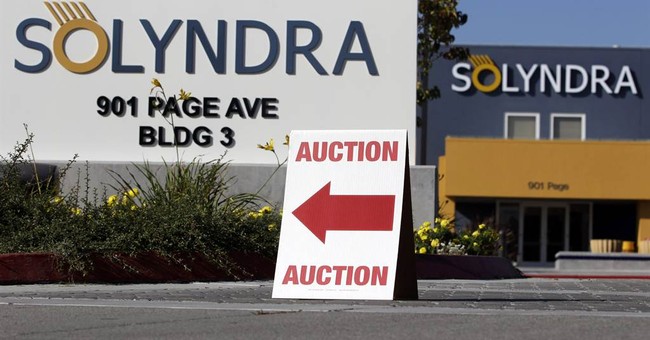 American exceptionalism—recently misrepresented and dismissed by Russian President Putin—stems from our founding on a set of principles. Our Founders understood government power is inherently corrupting. They sought to create a government focused on upholding a few basic laws and protecting our national sovereignty; free people were supposed to be able to use their time and talents as they saw fit, knowing laws would be applied equally to all citizens.

The decline in faith in these ideas may be the most disturbing trend in American life today. Americans increasingly yawn at evidence that our government has metastasized so far beyond its constitutional limits that concepts of equality under the law and limited government are unrecognizable.

Our Internal Revenue Service singled out enemies of the Administration, from private individuals to nonprofit organizations, for abuse. The public and media shrug. The Energy Department gives billions of taxpayer dollars to select private companies, most have political ties to the President. That’s too pedestrian to interest the media or voters. The Department of Health and Human Services hands out hundreds of waivers, which can make or break a company, to the health care law that it helped crafted. Is anyone curious what process determined awardees? Apparently not. The public assumes the politically-connected won out: Big government cronyism is now standard operating procedure.

Political back-dealing has undoubtedly occurred since the dawn of our Republic. Yet until recently, we tried to limit such corruption. Americans were outraged at the idea of a President using the IRS as a political weapon; they thought politicians exchanging taxpayer-favors for campaign cash should be thrown out of office. Where has that sense of justice gone?

Here’s the problem: Big government has swallowed it up. When politicians have the power to create rules in all aspects of life and determine financial fortunes, government becomes the natural preoccupation of business and citizens.

Today, about 15 percent of employed Americans work for government; most are unionized. Those public-sector unions give gobs of campaign cash to candidates that, when elected, decide how much to pay those union workers. Yet government’s actual employees represent just a fraction of the jobs dependent on government. For example, roughly one-third of construction spending comes through the public sector. Businesses large and small anxiously look to Washington to see if they can expand or must contract due to a new round of regulations—from healthcare mandates to new EPA standards—that will strangle their industry further.

Wisconsinites have recently seen this process in their state, with a great debate about whether or not the Menominee Indian tribe should be allowed to open a casino. Under federal law, Indian tribes have been granted greater capacity to operate gaming facilities on their reservations. The original idea was to help this economically-disadvantaged group, and to continue the tradition of recognizing greater tribal sovereignty on reservations. Yet given that the granting of such a license represents a tremendous financial windfall, the process is now unsurprisingly political.

One reason the Menominee Indians appear to gotten the nod from the Administration for their license was that the unions joined their cause after the tribe promised that the casino would operate as a union shop—a first in the state. Wisconsin residents recently voted against increasing gaming in the state, likely because of the uptick in crime that’s associated with casinos and other gaming facilities. They should also be aware of the political corruption that comes with giving government the power to grant select groups the rights to operate a business that would be illegal for any other.

The awarding of the 2009 stimulus money—sold to the American public as crucial to preventing our economic collapse—took a similarly political path. Analysts estimate that 80 percent of the stimulus funds that flowed to Wisconsin went directly to support public unions. Nationwide, Democratic districts received nearly twice as much funding as did districts represented by a Republican.

Government intrusion—the strangling private enterprise with regulation and distracting business from their core mission of serving customers with offers of political favors—is a core cause of our intractable economy doldrums. This omnipresent government meddling also contributes to our nagging sense of societal climb.

How, given the onslaught of stories of political corruption, can we restore the idea that Americans ought to expect better? That arduous process begins by recognizing again that government power is inherently corrupting. If we want greater fairness and opportunity, we must begin returning government’s power to the people.