Wireless Tax Is A Tax on Women's Independence 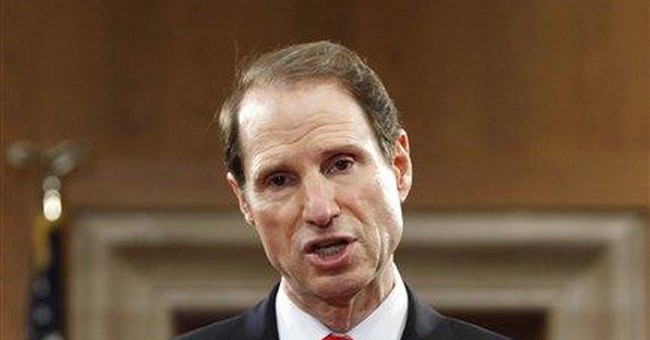 What invention most improved women's lives during the past century? The birth control pill for granting women greater control over child bearing, and modern, electric clothes and dish washers for freeing them from time-consuming housework likely spring to mind.

Here's another candidate to consider: the creation of the internet and wireless technologies. Certainly, everyone has benefited from the dawning of the information age, but women have been uniquely touched as these technologies make it easier for women to perform critical tasks—from generating income to getting an education—while at home.

That makes it all the more important that policymakers at all levels of government stop viewing wireless technologies as a cash cow for closing budget deficits. A recent report by economist Scott Mackey shows that the combined federal, state, and local taxes on wireless services have grown from 14.1 percent in 2006 to 16.3 percent today. Those numbers mask incredible variations at the state and local levels. Nebraska imposes the nation's highest wireless taxes of 18.6 percent, bring the total combine state and local tax to an eye-popping 23.7 percent. New York and Washington aren't far behind.

These wireless tax rates far exceed sales taxes imposed on other goods. In fact, the 16.3 percent average tax on wireless is twice the average retail sales tax rate. This fact—that wireless technologies, like tobacco and alcohol, are singled out for extra taxes—may surprise many Americans. Those who believe government shouldn't micromanage people's lives may object to “sin taxes,” like those levied on beer and cigarettes, but at least we can understand the logic behind them. Drinking and smoking tend to lead to bad behaviors and outcomes (what economists refer to as “negative externalities”) that create costs for society, and that's why government tries to discourage the use of those products.

What's the logic behind extra taxes on wireless goods?

The thinking may once have been that wireless services are a luxury, so that a tax on wireless was a way to soak the rich. Perhaps that made some sense years back when only the wealthy used cell phones or had internet service at home. Today, however, Americans at all income levels use wireless technology, and, in fact, a growing number of Americans depend exclusively on cell phones, while forgoing a land-line.

Policymakers may also mistakenly lump wireless services in with pure entertainment, like television. But wireless technologies are fundamentally about access to information, and much of that information can be critical for climbing up the economic ladder. People use the internet to find job listing and apply for new positions. When public school fail children (which is too often the case), parents can supplement with inexpensive online learning materials. Parents also access online learning to get their own degrees or complete job training programs, which can be critical for finding jobs in the modern economy.

Having the ability to access that information from home—rather than having to go to a library, school or office place—is particularly important for women, who are more likely to be caring for children or other family members for much of the day. Working mothers who struggle with competing obligations see these technologies as fundamental, so they can pick up Susie and Johnny at school at 3:00 pm and still participate in the 4 pm conference call and then complete paperwork after the kids are asleep.

Far from progressive, taxes on wireless technology particularly affect those with tight budgets and who can't afford to pay the extra dollars a month. High taxes contribute to the “digital divide,” which keeps poorer families from having access to the same information that helps educate the middle and upper class.

Some policymakers are recognizing that unlike other highly taxed items wireless technologies' externalities are positive, leading to a more educated, economically-productive citizenry. Senators Ron Wyden (D-OR) and Olympia Snowe (R-ME), and Reps. Trent Franks (R-AZ) and Zoe Lofgren (D-CA) recently introduced The Wireless Tax Fairness Act of 2011, which would prevent states from imposing additional taxes on wireless services for the next five years.

That's a fine start, but locking in existing high taxes shouldn't be the goal. There's an old adage that if you want less of something, then tax it. Americans want more, not less, of these life-enhancing technological breakthroughs. Government officials from Washington DC to the state capitols to the mayors' offices throughout the country should roll back punitive taxes on these technologies so that more Americans can enjoy these technologies and the economic benefits that they bring.