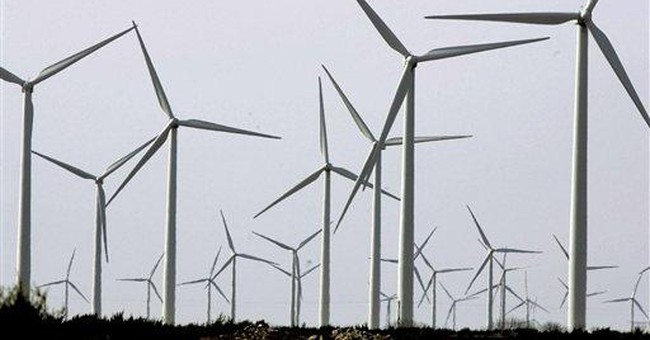 Most policy debates seem to be a war of competing theories: Will lower tax rates really stimulate greater economic activity? Do generous government welfare programs actually discourage people from seeking employment? Each side marshals data supporting its side and voters have to sort out whose case seems most compelling.

Often it’s hard to connect those policies with the decisions that you make in your own life. After all, we take into account numerous factors when we make big decisions, like how much to work or whether to try to open a business. Corporations, too, consider the particulars of their industry, specialty, and business environment when deciding how many jobs to offer or where to locate. It’s hard to isolate the affect that one policy, or even set of policies, has.

Yet Americans increasingly seem to be connecting the dots between national energy policy and its impact on their lives. As everyone knows too well, gas prices have soared by 35 percent in the past year. The rising cost of energy and transportation has rippled through the economy, driving up prices across all economic sectors. Families are finding their paychecks gobbled up by necessities, like gas, food, and home energy bills, and worry about where this disturbing trend might lead.

Undoubtedly, a variety of factors contribute to rising energy costs, but voters increasingly seem to understand that the central problem is one of supply and demand. In testimony before Congress this week, the Federal Reserve Chairman, Ben Bernake, explained it like this: “There are multiple causes, no doubt, for energy price increases. The most important cause is the global supply-and-demand balance. The fact that … oil production has not kept up with the growth and demand for oil, particularly in emerging market countries which are growing quickly and industrializing.”

That’s as simple as it gets. Demand has gone up. Supply hasn’t, so prices have gone up. The clear solution is to find ways to increase energy supply. Conservation, reducing our demand for energy, would also help, of course, but most Americans know the limits to their ability to reduce energy use. High costs have discouraged many from taking a summer road trip, but hasn’t changed the need to get to and from work each day.

Even aggressive conservation efforts in the United States won’t balance out the growing demand for energy around the world. Increasing supply will remain paramount. Certainly, alternative fuels hold promise and hopefully will ultimately be able to contribute meaningfully to America’s energy mix, but it’s clear that in the near term increasing energy supply means increasing the supply of fossil fuel. Most Americans recognize this and support greater exploration: a recent Gallup poll found that 57 percent want to allow drilling in U.S. costal and wilderness areas that are currently off limits.

The Democratic Congress has been reluctant to acknowledge the need to allow an increase in energy supply. Their rhetoric and legislative initiatives seem designed more to confuse the voter about the root causes of the oil price spike than to actually solve the problem. For example, in an attempt to counter calls for more drilling, Democrats focused on how many acres are already available for exploration, suggesting that companies are letting vast supplies stay idle while prices surge. Yet surely the Democrats know that if oil was really readily available in these acres, the greedy corporations they complain so much about would be drawing supplies out now to take advantage of the record prices.

Democrats have also focused on the role of “speculators” in oil markets. But they misrepresent the role that speculators play. By buying commodities at low prices and selling when prices go up, speculators generally decrease price volatility. Moreover, if speculation was really the cause of high prices, there would be growing inventories of oil, and there’s no evidence of such stockpiling. Legislative attempts to quash “speculation” will do nothing to change the root cause of high prices, which remains our limited energy supply.

Americans know that it is passed time to begin allowing access to the vast reserves of oil in the U.S. that are currently off limits. Democrats lament that, even if drilling is allowed, it will take years for these new reserves to reach the supply chain (somehow that logic never holds when they are taking about federal giveaways to favored “alternative fuel” research). Yet even if it takes years to access, the marketplace will benefit from the knowledge that more energy is coming.

Democrats may try to obscure the simple fact that prices are driven by supply and demand. Voters aren’t being fooled.