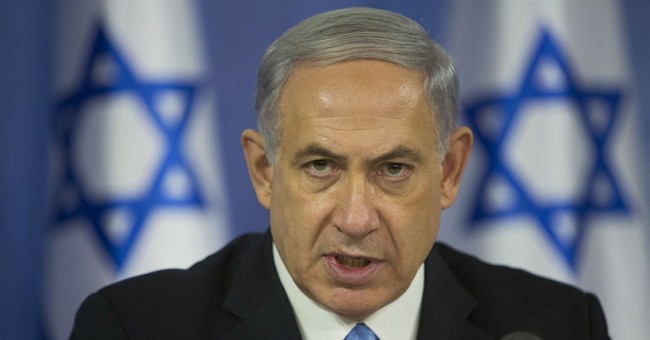 Hours before Israel accepted the Egyptian-brokered cease-fire deal on Monday night, Prime Minister Binyamin Netanyahu traveled to the south to try to allay the fears of area residents.

It’s not at all clear how successful he was.

Residents of the communities bordering the Gaza Strip who evacuated their homes are skeptical of the IDF’s claims that it is safe for them to return.

In an interview with NRG website, Yael Paz-Lahiany, a mother of three young children from Kibbutz Nahal Oz just across the border from Gaza professed profound confusion and concern.

“I just know that I am staying at Kibbutz Dorot, and here too they are operating on emergency footing, the nurseries are only partially open, and no one is going back to normal. So if 10 kilometers from Gaza they haven’t returned to their routine, how are we supposed to go back to our lives 800 meters from the wire?”

Israel’s operations in Gaza so far have been based on the hope that Hamas can be convinced to stand down.

Hamas’s missile arsenal is depleted. Its leaders are safe only so long as they remain hidden in their illegal bunkers under Shifa hospital. Hamas remains cash strapped and without access to resupply from Iran or other allies.

Assuming that Hamas maintains the 72-hour ceasefire that it requested, in negotiations that may ensue for a more detailed cease-fire agreement if the US is unable to coerce Israel and Egypt into agreeing to open the borders and save Hamas, Hamas will be destroyed through attrition.

If this happens, Israel will have won a great victory.

But if Hamas continues to attack southern communities at any level Israel will have no choice. It will have to send its forces back into Gaza with the mission of retaking control there.

This looming prospect of having to retake Gaza would be bad enough if Israel only had to concern itself with Gaza. But Israel enjoys no such luxury.

Far more dangerous that Hamas is Hezbollah. Whereas Hamas’s missiles are unguided, Hezbollah has guided missiles that are capable of reaching every centimeter of Israeli territory. And their payloads are big enough to destroy high-rise buildings.

Unlike Hamas, Hezbollah has anti-aircraft missiles and anti-ship missiles capable of disrupting air and naval operations.

Hezbollah has drones that it has launched successfully.

And the possibility that Hezbollah has some level of unconventional weapons cannot be ruled out.

Hezbollah commanders and fighters have gained massive experience fighting in Syria and Iraq. They have sophisticated intelligence gathering capabilities including human intelligence and signals intelligence assets.

They have advanced command and control systems.

And by all accounts, Hamas’s terror tunnels are nothing in comparison to Hezbollah’s extensive network of tunnels that run beneath the border with Israel.

In the face of Hamas’s repeated aggression in recent years, many Israelis are now looking wistfully at our quiet northern border. It was the massive destruction Israel wreaked on Lebanon during the 2006 war, they say, that is responsible for this tranquility. We deterred Hezbollah.

Unfortunately, this is dangerous nonsense that bespeaks a fundamental refusal by those that express this view to reconcile themselves with the nature of Hezbollah and its decision making process.

Tehran decided to deploy Hezbollah to Iraq and Syria.

And Tehran will decide, based on its own sense of priorities, when Hezbollah and its massive arsenal of terror should attack Israel.

The only way that Israel’s operations in 2006 have impacted Hezbollah’s future aggression is by enabling it. Israel agreed to a cease-fire that enabled Hezbollah to rearm, reassert control over southern Lebanon and expand its influence over the Lebanese military and state. Had Israel routed Hezbollah in 2006 or refused to accept the pro-Hezbollah cease-fire terms embodied in UN Security Council resolution 1701 then the situation would be different.

This brings us to Iran, the hidden hand behind the 2006 war, and at least to some degree behind the present war with Gaza, and the direct threat that it constitutes for Israel.

After the deadline for reaching a permanent nuclear deal with Iran ran out last month, US President Barack Obama bought himself and Iran four more months by extending the deadline of the talks.

Iran can continue to develop its nuclear weapons until after the US midterm election unconstrained by international scrutiny. And Obama can pretend for four more months that he is going to achieve a nuclear deal that will prevent Iran from developing nuclear weapons.

Israel however, was not given four months.

Without the Iranian nuclear umbrella, Iran’s terror proxies in Gaza were able to develop weapons to attack nearly the entire country. What will they develop if that nuclear umbrella is instated? Prime Minister Netanyahu is correct. Iran’s nuclear weapons program is an existential threat to Israel. And it needs to be wiped out.

Given the threats from Lebanon and Iran, it is clear that Israel’s decision to try to limit its operations in Gaza was necessary. Israel cannot afford to tie its forces down indefinitely. And if Israel is forced to retake control over Gaza, it will need to deploy its forces in such a way that it maintains sufficient reserve capacity to handle Gaza, Lebanon and Iran simultaneously.

This would be challenging enough under the best of circumstances. Unfortunately, the situation is made all the more complicated by the Obama administration’s strategic aim of appeasing Iran by enabling it to develop nuclear weapons and by siding with Hamas against Israel and the US’s traditional Sunni Arab allies.

The administration’s unswerving devotion to this policy aim was again clarified on Monday when Palestinian sources at the Cairo talks told the media that the US had again joined forces with Hamas-supporting Qatar to achieve an alternate cease-fire, undercutting Egyptian efforts and giving Hamas reason to walk away from the table.

Just last week the US media lambasted Secretary of State John Kerry for supporting Hamas against Israel in cease-fire negotiations. The fact that the Obama administration continues to act in this manner suggests that it is completely committed to this course of action.

Israel can cope with all of these challenges and surmount them. But it won’t be easy.

In recent days a spate of government ministers and foreign supporters have recommended bevy of options that involve getting someone else to deal with Hamas for Israel. Foreign Minister Avigdor Liberman said Monday that Gaza should become a UN mandate.

Justice Minister Tzipi Livni and her colleagues on the Left, joined by former Bush administration deputy national security adviser Elliott Abrams say that Fatah can be brought into Gaza to fight Hamas for Israel.

These suggestions are all based on wishful thinking and an extraordinary capacity to ignore reality.

The UN is institutionally committed to delegitimizing and ultimately destroying Israel.

In the best circumstance, Fatah can only come into Gaza after Hamas has been destroyed completely and driven from leadership by Israel.

Under any other circumstance, Fatah will collaborate with Hamas against Israel, as it has always done. And if Hamas is routed and destroyed Fatah would only destabilize the situation.

The time has come for us to recognize that there are no easy answers for Israel. IDF operations in Gaza in recent weeks have dealt a harsh blow to Hamas. Perhaps the terror commanders have been deterred. Perhaps not.

Whatever the case may be, if Israel and Egypt are able to continue to block US attempts to open the borders for Hamas resupply until Kerry gets swept up in another major crisis, then Hamas can be defeated through attrition.

If not, then Israel will have no choice but to retake control of Gaza while maintaining enough forces in reserve to respond to a second front in the North, and finally end Iran’s dream of becoming a nuclear power.

There are no silver bullets. The price of freedom is hard work and vigilance.

Only if we act in full cognizance of the gravity of the moment and the absence of easy answers will we navigate the minefield we find ourselves in successfully and restore the safety of the south, the north, the east and the center of the country.