Obama and the "Official Truth" 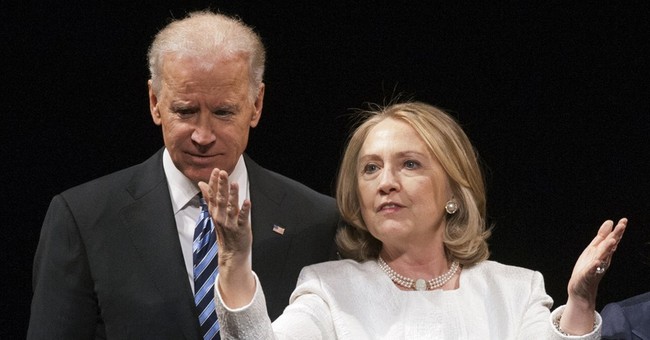 Nakoula Basseley Nakoula has been sitting in a US federal prison in Texas since his photographed midnight arrest by half a dozen deputy sheriffs at his home in California for violating the terms of his parole. As many reporters have noted, the parole violation in question would not generally lead to anything more than a court hearing.

But in Nakoula's case, it led to a year in a federal penitentiary. Because he wasn't really arrested for violating the terms of his parole.

Nakoula was arrested for producing an anti- Islam film that the Obama administration was falsely blaming for the al-Qaida assault on the US Consulate in Benghazi and the brutal murder of US ambassador Chris Stevens and three other Americans on September 11, 2012. Obama and his associates falsely blamed Nakoula's film - and scapegoated Nakoula - for inciting the al-Qaida attack in Benghazi because they needed a fall guy to pin their cover-up of the actual circumstances of the premeditated, eminently foreseeable attack, which took place at the height of the presidential election campaign.

With the flood of scandals now inundating the White House, many are wondering if there is a connection between the cover-up of Benghazi, the IRS's prejudicial treatment of non-leftist nonprofit organizations and political donors, the Environmental Protection Agency's prejudicial treatment of non-liberal organizations, and the Justice Department's subpoenaing of phone records of up to a hundred reporters and editors from the Associated Press.

But they are not. They expose the modus operandi of the Obama administration: To establish an "official truth" about all issues and events, and use the powers of the federal government to punish all those who question or expose the fraudulence of that "official truth."

From the outset of Obama's tenure in office, his signature foreign policy has been his strategy of appeasing jihadist groups and regimes like the Muslim Brotherhood and Iran at the expense of US allies, including Israel, the Egyptian military, and longtime leaders like Hosni Mubarak in Egypt and Ali Abdullah Saleh of Yemen.

The administration defended its strategy in various ways. It presented the assassination of Osama bin Laden by Navy SEALs as the denouement of the US war on terror. By killing the al-Qaida chief, the administration claimed, it had effectively ended the problem of jihad, which it reduced to al-Qaida generally and its founder specifically.

Just as important, it has tried to hide the very existence of the jihadist threat. To this end, the administration purged all terms relevant to the discussion of jihadist Islam from the federal lexicon and fired officials who defied the language and subject ban.

It has hidden the jihadist motive of terrorists and information relating to known jihadists from relevant governmental bodies. The Benghazi cover-up is the most blatant example of this policy of obfuscating and denying the truth. But it is far from a unique occurrence.

For instance, the administration has stubbornly denied that Maj. Nidal Malik Hassan's massacre of his fellow soldiers at Ft. Hood in Texas was a jihadist attack. And in the months preceding the Tsarnaev brother's bombing of the Boston Marathon, and in its immediate aftermath, the FBI did not share its long-held information about the older brother's jihadist activities with local law enforcement agencies.

Conversely, as the AP scandal shows, the administration went on fishing expeditions to root out those who leaked stories that harmed the administration's narrative that al-Qaida is a spent force. In May 2012, AP reported that the CIA had scuttled an al-Qaida plot in Yemen to bomb a US airliner. The story damaged the credibility of Obama's claim that al-Qaida was defeated, and challenged the wisdom of Obama's support for the al-Qaida-aligned anti-regime protesters in Yemen that ousted president Ali Abdullah Saleh in November 2011.

Finally, the administration has promoted its policy by demonizing as extremists and bigoted every significant voice that called that policy into question.

Bachmann is an outspoken critic of Obama's policy of appeasing Islamists at the expense of America's allies.

Bachmann is also the chairwoman of the House of Representative's Tea Party caucus. And demonizing her is just one instance of what has emerged as the administration's tool of choice in its bid to marginalize its opponents. This practice arguably began during Obama's 2008 presidential campaign when then-senator Obama referred to his opponents as "bitter" souls who "cling to guns or religion or antipathy to those who aren't like them."

In the lead-up to the 2010 midterm elections, Obama and his supportive media characterized the grassroots Tea Party movement for limited government as racist, selfish, extremist and uncaring.

And now we have learned that beginning in March 2010, the Internal Revenue Service instituted what can only be considered a systemic policy of discriminating against nonprofit groups dedicated to fighting Obama's domestic agenda. The IRS demanded information about the groups' donors, worldviews, reading materials and social networking accounts, and personal information about its membership and leaders that it had no right to receive. And according to USA Today, it held up approval of nonprofit status for 27 months for all groups related to the Tea Party movement. Some 500 organizations were victimized by this abuse of power.

We also learned this week that the IRS leaked information about donors to at least one nonprofit group that opposes homosexual marriage to a group that supports homosexual marriage. The latter group was led by one of Obama's reelection campaign's co-chairman. We learned that the IRS audited a university professor who wrote newspaper articles critical of fake Catholic groups that supported Obama's pro-abortion policies.

Last July, The Wall Street Journal's Kim Strassel reported that after the Obama campaign besmirched as "less-thank reputable" eight businessmen who supported political action committees associated with Mitt Romney's presidential campaign, one of the donors, Frank VanderSloot, found himself subjected to an IRS audit and a Labor Department investigation.

Finally there is the administration's discriminatory treatment of pro-Israel organizations.

A day after Lois Lerner, the head of the IRS department overseeing nonprofit groups, admitted the IRS had been discriminating against groups affiliated with the Tea Party movement, we were reminded of the appalling treatment that Z Street, a new pro-Israel organization that opposes Obama's policy toward Israel, received at the hands of the IRS.

Z Street was founded in 2009 and applied for nonprofit status in December 2009. In 2010, Z Street filed a lawsuit in federal court against the IRS. According to court documents, the suit was filed after Z Street was informed by an IRS spokesperson that consideration of its application was being delayed, and could be denied because the IRS has a special policy for dealing with nonprofit applications submitted by groups related to Israel.

According to Z Street's court filings, the IRS official said that all Israel-related organizations are assigned to "a special unit in the DC office to determine whether the organization's activities contradict the administration's public policies."

Around the same time that Z Street's application for nonprofit status hit a brick wall of discriminatory treatment, Commentary magazine, also a nonprofit organization, received a letter from the IRS threatening to revoke its nonprofit status because in 2008 the publication posted the transcript of a speech then Sen. Joseph Lieberman gave at a Commentarydinner in which he endorsed Sen. John McCain for president.

As John Podhoretz, Commentary's editor, wrote last week, to disprove a false charge, the magazine had to spend tens of thousands of dollars and waste "dozens upon dozens" of work hours copying two million pages of articles posted on the magazine's website in 2008 to prove that Lieberman's speech was a tiny fraction of the magazine's overall output.

Then, too, the David Horowitz Freedom Center, a nonprofit where I work as the director of the Israel Security Project, was recently subjected to an IRS audit - which it also passed with flying colors.

Finally, there is the administration's obsessive targeting of billionaire donor Sheldon Adelson. During the 2012 presidential election, Obama's top political adviser David Axelrod wrote a letter to Antonio Miguel, a Socialist member of the Spanish parliament, attacking Adelson as "greedy."

Miguel leaked the letter to the media while Adelson was in Spain promoting his Las Vegas Sands casino corporation's plans to build Eurovegas, a casino in Madrid. Axelrod later sent his letter to Obama supporters in an email from the Obama presidential campaign.

Adelson is best known for his support for the US-Israel alliance, and his friendship with Prime Minister Binyamin Netanyahu. By calling Adelson "greedy," Axelrod was channeling age-old anti- Semitic imagery, and by inference engaging in it, in his assault against Adelson. In the letter in question, Adelson was the subject of this ad hominem assault due to his support for Romney in the 2012 elections.

The Tea Party movement has to date limited its scope to domestic policy - challenging the growth of the federal government on a host of issues. For its part, still smarting from the unpopularity of former president George W. Bush's campaigns in Iraq and Afghanistan, the Republican Party has yet to enunciate a clear foreign policy.

The closest thing to a systematic rebuke of the Obama administration's signature foreign policy of courting Islamist movements and regimes and treating US allies in the region with hostility are organizations like the David Horowitz Freedom Center, Z Street and Commentary and wealthy donors like Adelson. Their stalwart and articulate support for a strong US alliance with Israel, and a strong and vibrant Israel, are the only coherent challenge to Obama's pro-Islamist foreign policy.

By targeting them, the Obama administration completes the circle of an overall modus operandi of punishing those who oppose and expose the failures of his policies - domestic and foreign. The underlying theme that connects Benghazi to the Tea Party, to the subpoenaing of AP phone records, to Z Street, to Nakoula is that they all have challenged the administration's "official truth."

One can only hope that Obama's thuggish creation and corrupt defense of his "official truth" will anger, disgust - and frighten - all Americans.