Carl Horowitz
|
Posted: Feb 06, 2021 12:01 AM
Share   Tweet
The opinions expressed by columnists are their own and do not necessarily represent the views of Townhall.com. 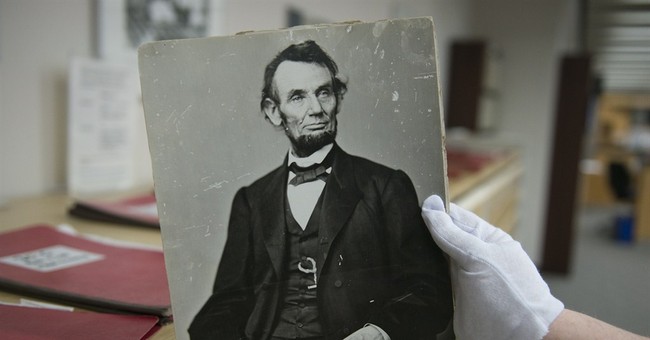 If anything underscores how far mainline Christian churches in this country have strayed from their mission, it is their embrace of demands by racial activists for monetary reparations for black slavery. Episcopalians, as befits their guilt-ridden souls, once again have taken the lead in this misguided mission.

On Sunday, January 24, the members of Memorial Episcopal Church in Baltimore’s Bolton Hill area voted to set aside $500,000 over the next five years for “justice-centered work” as atonement for the church role in slavery and related injustices. Designated community organizations would spend the money pretty much as they please. The initiative was the brainchild of the church rector, Rev. Grey Maggiano, who led an internal probe of his church’s connections to slavery. The investigation widened after a deacon, Natalie Conway, who is black, learned that some of her ancestors were slaves of founding pastor Charles Ridgley Howard. The report concluded, “Racism is interwoven with Memorial Church’s history.” The church thus should provide compensation.

Such extractions are economically predatory, politically divisive, legally unconstitutional and morally reprehensible. They rest on the false premise that if an individual belongs to a race that has done bad things (and what race hasn’t?), then he or she must assume guilt and compensate the victims. Such is a consequence of the widespread and growing view in our society that social equality matters more than property rights or rule of law.

Reparations, put bluntly, are shakedowns. The fact that all the slaves and slave owners in this country are long deceased does not matter to advocates, convinced that white wealth rests on an edifice of theft of black labor. These paladins of racial justice ignore many historical considerations that undercut their claims. For example, blacks themselves owned black slaves, especially in Louisiana and South Carolina; many Indian tribes, including the Cherokee, also owned blacks; whites, though classified as “indentured servants,” functionally were slaves; the vast majority of African slaves transported to the Western Hemisphere were not destined for any of the 13 American colonies; and most African blacks brought to the New World already had been owned by other blacks in Africa.

My monograph published last June by the National Legal and Policy Center, Slavery Reparations: Revival of a Bad Idea, summarizes these and other arguments in making its case.

Such considerations don’t register with Memorial Episcopal Church. Its grovelers have promised a hefty sum of $500,000, spread out over five years at $100,000 a year, to the “victims.” Half of the funding would come from the church’s endowment, and the other half would come from its operating budget.

Kobi Little, a local minister who heads the Baltimore City chapter of the NAACP, offered this rationalization. “It’s a welcome and positive step because it’s an acknowledgment of – and an effort to correct – a long-lingering wrong,” he said. “I think it’s a great conversation starter for the church community at large about how the church can play a leadership role at this moment, in this country and in the world, about eliminating structural inequalities.” Well, he wouldsay that, wouldn’t he?

It’s not as if this Baltimore church is alone. In just the last two years, Episcopal dioceses in Maryland, New York and Texas have committed large sums of money toward reparations. The February 2020 commitment by the Diocese of Texas for a whopping $13 million “aims to repair and commence racial healing for individuals and communities who were directly injured by slavery in the diocese.” The money would go to six designated funds. Of course, this money will not “heal” wounds; they will create them.

Higher education has been a special target for religious reparations shakedowns. In 2019, Virginia Theological Seminary, an Episcopalian institution, vowed to create a $1.7 million endowment fund to support reparations to living “victims” of slavery. That same year, Princeton Theological Seminary, a Presbyterian institution established independently of Princeton University, pledged $27.6 million over five years to a special reparations fund following a lengthy investigation. That year as well the Jesuit-affiliated Georgetown University, operating on recommendations by a student working group, vowed to raise about $400,000 per year to compensate descendants of 272 slaves sold by the school’s predecessor institution in the pre-Civil War era.

Reparations are a growing industry outside the world of religion. A growing number of state and local governments – most notably, the State of California– have made commitments to paying descendants of slaves at the expense of people who had nothing to do with slavery. And the current Democratic-dominated Congress almost certainly will launch its own quest for dollars. President Joe Biden in February 2020, during his South Carolina primary campaign, openly expressed support for a proposed congressional study commission to investigate the issue. Only a naif would believe that its appointees would be nonpartisan.

A church, unlike a government, is a voluntary organization. Dissatisfied members always have the option of leaving. But it is also a community whose existence depends on the trust invested in it by members. The decision by Memorial Episcopal Church in Baltimore to shovel a half-million dollars in reparations at radical “community groups,” to say nothing of similar decisions by other churches, is a betrayal of that trust. If dissenting members want to do a righteous deed, they should tell church elders, “We want our money back.”