Carl Horowitz
|
Posted: Jun 10, 2019 12:01 AM
Share   Tweet
The opinions expressed by columnists are their own and do not necessarily represent the views of Townhall.com. 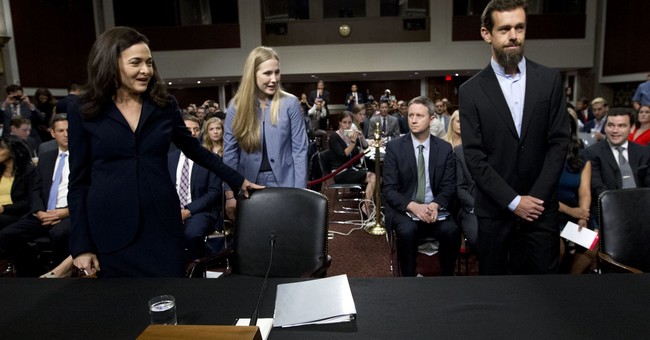 One of the more noxious aspects of anti-Trump radicalism is the growing practice of obtaining private information on public figures for the purpose of mobilizing large-scale harassment campaigns against them. The practice is known as “doxxing.” It’s highly illegal. Yet it thrives largely because of tacit encouragement from social media sites. That raises a couple of questions: Are social media companies willfully enabling such behavior? And if not, are they at least taking steps to discourage it? So far, their action has been underwhelming.

Doxxers tend to be a self-righteous lot, possessed of moral indignation against supposed perpetrators of injustice. They also are prone to viewing themselves as above the law. Case in point: Jackson Cosko, age 27, a former Senate staffer arrested last October for posting home addresses, phone numbers and other personal information about five senators, including Lindsey Graham, R-S.C. and Orrin Hatch, R-Utah, whom he claimed were enabling sexual abuse of women by defending Supreme Court nominee Brett Kavanaugh. Cosko was caught red-handed by a staffer in the office of his former employer, Sen. Maggie Hassan, D-N.H. (she had fired him months earlier), using a computer to expose Republican lawmakers to public intimidation prior to the confirmation vote. Calling himself a “golden god,” he claimed a legal right to post the information. When caught, he threatened to release the senators’ private emails and encrypted information, plus health data and Social Security numbers of their children.

The story has a happy ending. Early this April, Cosko pleaded guilty to computer fraud, witness tampering, obstruction of justice and making restricted information public. He faces between 30 and 57 months in prison at sentencing on June 13.

Such instances have become rampant. The fanatic Left, enraged at people who promote “hate” – that is, sensible heterodox opinions on race, immigration and gender identity – now regularly expose dissenters to threats, vandalism, assault or worse. Victims of doxxing (the word is a corruption of “docs,” short for “documentation”) include the following: Fox News Channel personality Tucker Carlson, whose home front lawn one evening last December was the site of chanting, menacing “anti-racist” activists while his family members were inside and he was at work; the Instagram celebrity Oshry sisters, who were subject to nonstop online harassment along with their mother following publication of an article by the Daily Beast revealing mom to be anti-Islamic jihadist Pamela Geller; and more than 1,500 Immigration and Customs Enforcement agents whose names were exposed by Antifa street revolutionaries last June.

These and other campaigns likely would not have happened without information technology. Doxxing is about weaponizing radicalism via online networking. Social media-oriented corporations such as Facebook, LinkedIn, Reddit and Twitter, knowingly or not, are allowing malicious users to extract and disseminate treasure troves of private information about public figures to make their lives miserable. Such efforts often are aided by “woke” clickbait news outlets.

Twitter co-founder and CEO Jack Dorsey, acknowledging that his company’s platform has been a haven for doxxers, recently hinted at stronger enforcement. “You know, finding the report button isn’t the most obvious and intuitive right now. So that certainly slows things down,” he told the Huffington Post this January. “I don’t know what it looks like right now, but we know what’s wrong with it. So, you know, that’s what we’re working on.” This non-specific language sounds more like corporate spin than any sort of commitment.

Twitter, with roughly 4,000 employees worldwide, knows it’s on the hot seat. Back in September 2017, a group of company officials gave closed testimony before Congress. Sen. Mark Warner, D-Va., for one, was not impressed. The meeting, Warner said afterward, was “deeply disappointing” and “showed [an] enormous lack of understanding from the Twitter team of how serious this issue is, the threat it poses to democratic institutions, and again begs many more questions than they offered.”

The company, in fact, does have an anti-doxxing policy that discourages giving out private information such as home addresses and phone numbers. During a podcast debate this March, Twitter chief legal counsel Vijaya Gadde emphasized that her team prioritizes doxxing cases for review based on their severity and frequency, emphasizing, “Our platform promotes free speech, unless people violate our rules.”

That sounds comforting. But in practice, “our rules” seem far more geared toward punishing the Right than the Left. The company, for example, bans “misgendering.” That’s when a Twitter user fails to refer to a transgendered biological male as “she” or a transgendered biological female as “he.” Ms. Gadde denies her company consciously rigs the rules. “We look at each individual instance of violations and try to make the best case we can,” she said. But why should misgendering be considered a violation? Apparently, she can’t answer that.

Doxxing is a crime. And it can facilitate far greater crimes. Social media corporations no longer have the luxury of playing “see no evil, hear no evil.” Twitter, Instagram, Snapchat and all the others must be more proactive in barring unauthorized outside use of personal data. Otherwise, Congress, the executive branch and the courts might have to do the job.