Starbucks’ Atonement for “Unconscious Bias” Will Not Work

Carl Horowitz
|
Posted: May 28, 2018 12:01 AM
Share   Tweet
The opinions expressed by columnists are their own and do not necessarily represent the views of Townhall.com. 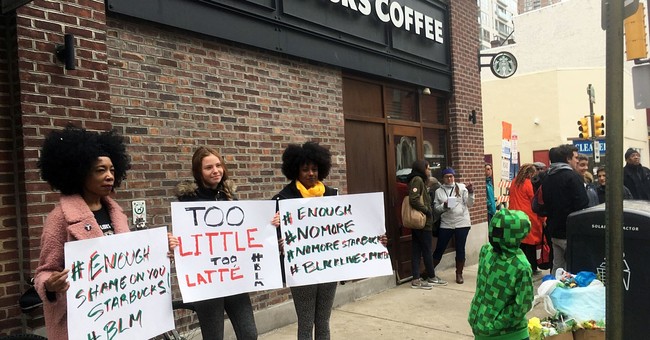 Never before in the history of corporate America has a company so welcomed accusations of racism as Starbucks. But that could have been expected given the worldview of Executive Chairman Howard Schultz.

Several weeks ago, Schultz announced that on May 29 he would close around 8,000 of the company’s outlets to train employees on how to recognize and avoid unconscious social bias. This was in response to the publicized arrest on April 18 of two black males at a Starbucks coffee shop in Philadelphia. Whatever his ulterior motives, he and other company executives should avoid this route. The training is guaranteed to be expensive. And it will backfire.

Corporate executives today know that to keep their jobs and avoid boycotts they must persuade employees to shed supposedly unconscious race and gender biases lurking within their souls. And though the remedy, known universally as “diversity,” promotes teamwork, in practice it constitutes soft totalitarianism, resting on the guiding assumption that to be white and/or male is to be guilty until proven innocent. Even the appearance of unfairness to nonwhite and female employees, customers and shareholders must be averted.

The justification for this policy is that human prejudices are so ingrained that we’re usually not aware of them. Thus, companies have set up bureaucracies and hired outside consultants who specialize in eradicating “unconscious biases.” Company officials, whether enthusiastically or fearfully, routinely weave this principle into hiring, promotion, contracting, advertising and other aspects of company operations.

The result, however, is less harmony than hectoring. It’s always been that way. If there was ground zero for training and evaluation, it was a highly manipulative elementary school exercise developed 50 years ago at an elementary school in Iowa. From this seemingly innocuous beginning, “diversity” has morphed into a national behavior modification program for morally wayward adults. The zealous teacher who created this exercise, Jane Elliott, in fact, since the Eighties has spoken to many corporations.

Adding insult to injury is the cost. A study by MIT’s Sloan School of Management estimated that U.S. corporations in 2015 spent about $8 billion on “diversity and inclusion” programs. That’s equivalent to the total revenue of the 350th largest company in the Fortune 500. “The diversity industry is built on sand,” remarks Sloan School professor Thomas Kochan. “The business case rhetoric for diversity is simply naïve and overdone. There are no strong positive or negative effects of gender or racial diversity on business performance,” he adds.

If anything, “diversity” undermines teamwork – and to the detriment of intended beneficiaries. Harvard sociologist Frank Dobbin, after delving into the records of various companies, concluded that diversity training reduces the likelihood of black men and white women finding work. Three situations in particular were recipes for failure: when diversity is mandatory; when it mentions the law; and when it is specific to managers. About 75 percent of the companies with diversity training programs fell into at least one of these categories.

Such outcomes are understandable. Nobody wants to work where a stray gesture could trigger a lawsuit alleging racism or sexual harassment. Even executives with a stake in the present system admit as much. In a report several years ago to the Academy of Management Learning & Education, diversity chieftains Rohini Anand (Sodexo) and Mary-Frances Winters (The Winters Group) noted:

Many (employees) interpreted the key learning point as having to walk on eggshells around women and minorities – choosing words carefully so as not to offend. Some surmised that it meant white men were villains, still others assumed that they would lose their jobs to minorities and women, while others concluded that women and minorities were simply too sensitive.

Diversity enforcers typically respond that the system may have flaws but is sound in principle. Thus, their cure is more of the same. This is especially the case when a company faces accusations from an “offended” person or organization. Starbucks is far from the only company that folds. This March, Swedish-based clothing retailer H&M, stung by charges that a children’s hoodie for sale was “racist,” hired a company insider, Annie Wu, to lead a new global diversity team. And Google, which spent $114 million on diversity programs in 2014, has ramped up unconscious bias training after one of its engineers, James Damore, criticized the company last August for its diversity policies. Google fired Damore, who in turn sued the company for discrimination and wrongful termination.

Maybe corporations instead should treat employees as individuals rather than as members of racial or gender groups. Conscious respect for differences would make obsolete the endless search for “unconscious bias.”