Cal Thomas
|
Posted: May 07, 2019 12:01 AM
Share   Tweet
The opinions expressed by columnists are their own and do not necessarily represent the views of Townhall.com. 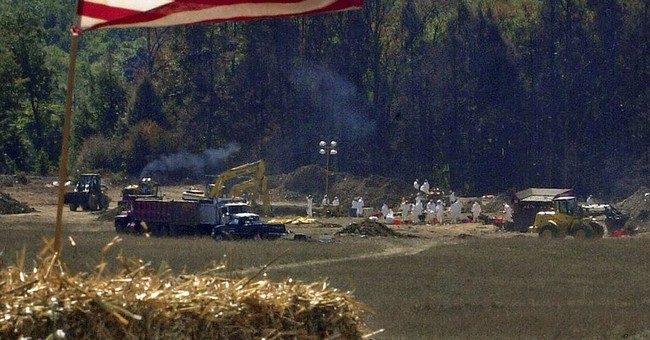 It's called "The Pioneers" and the subtitle is its theme: "The heroic story of the settlers who brought the American ideal west" (Simon and Schuster).

Nowadays, while students at universities and public schools are learning a history often tainted by political correctness and revisionism, McCullough writes of a young country that might have been stillborn were it not for these pioneers.

The Founding Fathers about whom most are familiar -- Washington, Jefferson and Adams -- play minor roles in McCullough's book. Instead, we're offered characters who are likely unfamiliar to most, such as Manasseh and Ephraim Cutler, Rufus Putnam and Samuel Hildreth. These and many others did the grunt work of nation building.

The land on which McCullough mostly focuses was called The Northwest Territory, the initial boundaries of which included the Ohio and Muskinghum Rivers. Its inspiration was The Northwest Ordinance, passed by the Confederation Congress in 1787. The document contained this sentence in Article 3, long since abandoned to our detriment: "Religion, morality, and knowledge, being necessary to good government and the happiness of mankind, schools and the means of education shall forever be encouraged."

McCullough details the enormous sacrifices of men, women and children, who cleared trees, endured harsh weather and conquered lands, expanding the boundaries of the new nation. Yes, Native Americans were displaced in ways that were disgraceful. McCullough notes all that remained were their tribal names, which were assigned to rivers and towns. Among the tribes were the Delaware, Miami, Ottawa, Shawnee and Wyandot. Among the rivers named for them were the Cuyahoga and Chippewa Creek -- the creek being a tributary of the Cuyahoga River -- as was the Tuscarawas River. It was small consolation to native people who believed land was sacred and not to be owned and who preceded white settlers.

As with his other books, McCullough's writing style makes one feel a part of it all. What astounds is how much New Englanders were willing to sacrifice to explore foreign and hostile land and expand America's borders. Many died of disease, accidents, bad weather and war with Native American tribes. Living conditions were harsh compared to what they had known in New England, but they persisted.

In summing up the contributions of these pioneers, McCullough writes: "(they) had finished their work, each in his or her own way, and no matter the adversities to be faced, propelled as they were by high, worthy purpose. They accomplished what they had set out to do not for money, not for possessions or fame, but to advance the quality and opportunities of life -- to propel as best they could the American ideals."

What do we consider to be our American ideals in 2019? The pioneers would likely see them in conflict with their own. Many of our forebears had a strong faith in God and were motivated by what they believed was His will in establishing a nation in which religious freedom and education were paramount. Most believed the Bible was the foundation of a good education.

These pioneers also believed America had a purpose, sanctioned by God, which the world might wish to emulate. Slavery was abolished in Ohio by the state's original constitution (1802), owing much to the anti-slavery efforts of Manasseh and Ephraim Cutler.

"The Pioneers" is a rebuke to the entitlement mentality of the 21st century. It should be mandatory reading for all seeking a better understanding of the way we were and how far we have departed from the ideals of those great and heroic men and women of the late 18th and early 19th centuries.