Bias and the Beholder

Cal Thomas
|
Posted: Jun 19, 2018 12:01 AM
Share   Tweet
The opinions expressed by columnists are their own and do not necessarily represent the views of Townhall.com. 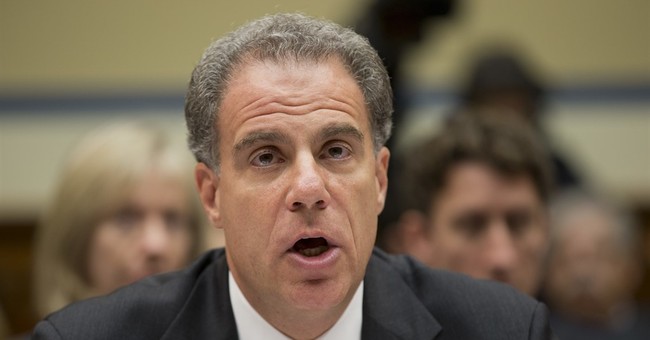 Would you consider a jihadist biased against Jews? Could a member of a white supremacist group be accused of bias against non-whites?

The Justice Department's inspector general, Michael Horowitz, and FBI Director Christopher Wray claim the 500-plus-page report found no "documented" evidence that political bias at the FBI directly influenced the findings in the Clinton investigation or the Justice Department's decision not to prosecute the former secretary of state. People in "flyover country" are more likely to believe pigs can fly than they are to accept that political bias did not expose a clear intent to damage presidential candidate Donald Trump.

Why does one need a document to prove bias? If the anti-Trump political beliefs of FBI employees, which are documented in text messages, did not influence their work then why is Director Wray ordering all of his employees to undergo training, including, reports CNN, "instruction 'on what went wrong so these mistakes will never be repeated.'"?

Members of the media might also benefit from ethics training since the IG report found multiple incidents of journalists doing favors for FBI agents, presumably in return for information.

Huffpost writes, "Other instant messages showed FBI employees referring to Trump as 'Drumpf,' calling Trump supporters 'retarded' and 'lazy POS' ... joking about Trump's election signaling the fall of the Republic, and writing 'Viva le resistance.'" How can anyone claim that people with such strong political views could approach their work objectively? If perception is reality, then a connection between bias and behavior is reality for average people, who include most citizens outside the Beltway.

Another of many disturbing findings by the IG was that President Obama and 12 high officials in his administration exchanged unsecured emails with Secretary of State Hillary Clinton, including times when she was overseas and presumably more vulnerable to hacks. Some of those emails, Horowitz says, contained classified information. President Obama claimed during a 2015 interview with CBS News that he learned Clinton was using an unsecured server when he read about it in the media. The IG report revealed this was not the case.

Numerous people, some unnamed, come in for strong criticism in the Horowitz report. Former FBI Director James Comey is cited for effectively taking matters into his own hands and becoming his own authority in public statements about Hillary Clinton's emails. A Wall Street Journal editorial said of Comey: "The unavoidable conclusion is that Mr. Comey's FBI became a law unto itself, accountable to no one but the former director's self-righteous conscience. His refusal to follow proper guidelines interfered with a presidential election campaign in a way that has caused millions of Americans in both parties to justifiably cry foul."

Among the things people hate about Washington is that no matter how many higher-ups are alleged to have broken laws and violated ethics codes, few are held accountable. The fix was in on Hillary Clinton even before she was interviewed with two of her lawyers present, which the IG report says violated accepted practices.

Horowitz begins appearing before congressional committees on Tuesday. While Democrats will categorize his report as nothing, Republicans must burrow in and get even more facts than the disturbing, even disgusting ones he has already uncovered. The Justice Department should then hold accountable those people who broke the law and the rules.

Share this on Facebook
Tweet
Bipartisan Letter from Congress Demands Answers from Fauci on Why Taxpayers Funded Experiments on Puppies
Rebecca Downs
McAuliffe Can't Draw Crowd in Blue Arlington, and Other Cringe Details in the Final Days of Virginia Race
Rebecca Downs
Sen. Hawley Calls on AG Garland to Resign Over Memo Targeting Parents at School Board Meetings
Landon Mion
Yet Another Afghan Refugee Has Been Charged with Rape
Rebecca Downs
Fox News' Chris Wallace: Jen Psaki is 'One of the Best Press Secretaries Ever'
Landon Mion
Twitter Censors Official Account of Rep. Jim Banks for Tweet About Rachel Levine
Rebecca Downs