The Congressmen and the Counselor

Cal Thomas  |  Mar 30, 2017
The opinions expressed by columnists are their own and do not necessarily represent the views of Townhall.com.
Top Columns
Trending on Townhall Media 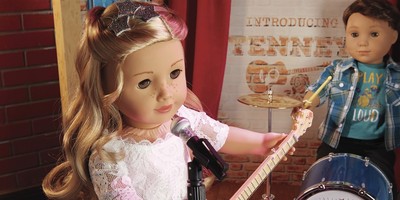 Tony Hall served in Congress for nearly 24 years, representing Ohio's 3rd District. The Democrat left in 2002 to serve as the U.S. ambassador to the United Nations Agencies for Food and Agriculture, appointed by President George W. Bush.

Hall laments how corrosive contemporary politics has become and tells me he couldn't get elected in today's environment. Partially, he says, it is because he is pro-life and a supporter of traditional marriage, but mainly there are at least two things that have changed for the worse since he was in Congress: "One is that congressmen don't live (in Washington) anymore. We were told probably 15 years ago not to bring our families here, but to leave them at home. That was a mistake."

Hall says that suggestion came from Speaker Newt Gingrich and the Democrats followed "and they shouldn't have."

The second change is members of Congress no longer travel overseas as much as they once did. They fear their trips might be labeled "junkets," which some were, so they don't acquire the necessary knowledge of other countries, nor do they get to know each other from spending time together.

Then there's the extravagant amounts of money that must be raised to win re-election. This requires that members of Congress take time to "dial for dollars" by going to their respective party headquarters and spending two or more hours a day asking for donations.

Hall and former Rep. Frank Wolf (R-VA) have developed a rare friendship that began when they served in Congress together and which continues today. Hall says the key to their relationship has been their common Christian faith: "When you pray together it's pretty difficult to go out on the House floor and denounce the other person." They didn't talk politics in their meetings and meals for the first two years "because that would have divided us."

What difference does this make when it comes to legislation one party supports and the other opposes?

"Over a period of time," Hall says, "you begin to trust one another and when you trust one another you find you do have common ground." In addition to pro-life and traditional marriage, he lists hunger issues and gambling as subjects about which they have similar views. This led, he says, to his contributing to Wolf's re-election campaigns, which angered some of his Democratic colleagues. Asked if Wolf reciprocated, Hall laughs and says, "I don't think so, but he had tougher races than I did."

Dr. Phil McGraw, a psychologist and host of the syndicated TV show "Dr. Phil," echoed Hall in an essay he wrote for Variety in January. McGraw offered this advice to Congress: "Stop fighting with and trying to trip up the other side. Start doing only those things that help people. Stop the games, the obstruction, the chest pounding and the 'my party is better than your party' stuff. Stop treating voters like idiots and start doing your job: Working for us. From our point of view, there is only one side.

Maybe the answer to the dysfunction in Washington is mandatory therapy from Dr. Phil and testimonies from Tony Hall and Frank Wolf on what the results can look like. Nothing else seems to be working.