Cal Thomas
|
Posted: Mar 18, 2017 12:01 AM
Share   Tweet
The opinions expressed by columnists are their own and do not necessarily represent the views of Townhall.com. 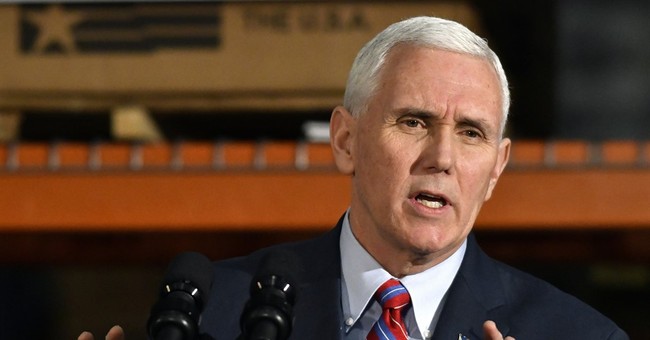 Readers of a certain age may recall ads for Ivory Soap, which claimed to be 99 and 44/100ths percent pure. If the soap could have reached 100 percent purity, the company would likely have made the claim.

Purity, apparently, is what some conservative Republicans are demanding in a health insurance bill, which likely will be voted on this week, unless it is held back because Speaker Paul Ryan doesn't think it has enough votes to pass. Supporters of the evolving House bill emphasize that this is a three-step process designed to get what virtually all conservatives want, a more cost-effective health plan, only they can't muster enough votes, especially in the Senate. Some conservatives are taking an all-or-nothing approach, which is likely to guarantee they will get nothing.

Cynics (imagine that in Washington), apparently, want Obamacare to collapse so that they can blame Democrats. That might be a political winner for Republicans, but it risks leaving millions of people, especially the poor, in a gap between Medicaid and other health benefits and whatever comes next.

During an interview in his office, Vice President Mike Pence told me, "The president is determined to keep his promise to repeal and replace Obamacare." Due to what he called "the arcane rules of the Senate on budgeting bills, it likely will take two pieces of legislation to do that, and a significant amount of administrative action by (HHS) Secretary Tom Price. We really believe a combination of those efforts by this spring will repeal Obamacare once and for all and replace it with health care reform that gives people the freedom to choose whether to have health insurance that lowers (its) cost for every American and creates a national marketplace where people have the ability to buy health insurance the way they buy car and life insurance, and gives the states the ability to improve Medicaid with state-based innovation and reform."

Pence calls Medicaid "deeply flawed" and notes "many doctors and hospitals don't take Medicaid patients anymore." What about the politics of this, I ask, noting the Congressional Budget Office's estimate that millions will lose their health insurance under this reform?

"CBO was wrong about the numbers of Obamacare," he says, "and we think they're wrong about this plan. CBO projected last year there would be another 8 million people covered, so we take issue with their estimate."

Pence mentions what he calls "the fundamental difference" between Obamacare and the president's proposal. Under Obamacare, he says, the government ordered everyone to have health insurance and the exchanges forced people to pay for services they would never use. The president's goal, he says, is to expand choice and allow people to choose policies -- or not -- tailored to their needs. The poor would get tax credits to help them purchase policies, should they choose to.

"Amendments" to the House bill, Pence says, "Will be forthcoming" in an effort to address some of the concerns of conservatives who oppose the current measure.

A recent Wall Street Journal editorial gets the politics right. "If conservatives fumble this repeal and replace moment," WSJ writes, "they won't get another chance. And they'll have squandered their best opening in a generation to control the size and scope of the federal Leviathan."

If a Republican congressional majority and a Republican president can't use their power of persuasion to convince enough members of their party to repeal and replace Obamacare, it will leave many people wondering why they are needed.

Failure to at least take the first step in replacing a deeply flawed, government-mandated insurance program will leave a stain on the Republican Party that even the strongest and purest "detergent" will not be able to remove.