Cal Thomas
|
Posted: Mar 01, 2016 12:01 AM
Share   Tweet
The opinions expressed by columnists are their own and do not necessarily represent the views of Townhall.com. 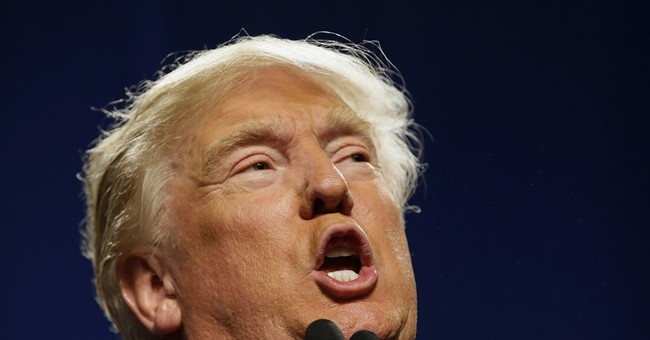 I was going to write about how the Republican presidential campaign has become gutter politics, but given Donald Trump's horrid statements, the gutter would be a step up, because things have descended into the sewer.

Never in modern times has there been a presidential candidate who has hurled more personal insults and hurtful accusations at his fellow candidates and others who disagree with him. It should embarrass a normal person, but Trump appears beyond embarrassment.

He criticizes Vicente Fox, the former president of Mexico, for dropping the F-bomb when he did the same thing during the New Hampshire primary campaign. He attacks Marco Rubio for repeating himself when Trump repeats himself repeatedly. He has criticized the personal appearance of Carly Fiorina, Rosie O'Donnell and Arianna Huffington, among others, when he isn't much to look at. He tosses out words like "loser" and during the Houston debate responded to a question from radio talk show host Hugh Hewitt by saying no one listens to his program and his ratings are lousy.

The country is not served by such language. Neither does the political debate format serve the public when it resembles a cage match rather than a serious discussion about the multiple challenges facing America. There must be a better way to elect a president than this.

"Bully backs blowhard for president," was the headline on The Daily Beast, referring to New Jersey Governor Chris Christie's endorsement of Trump.

What continues to amaze is the strong backing of Trump by so many evangelicals. If their church members behaved as Trump does, they would receive a serious talking to by the deacons or pastor and if they didn't repent and change their ways they might face expulsion. With Trump, most evangelical leaders have remained largely silent, offering neither criticism nor praise. This is what can happen when some pastors who are called to a different kingdom and a different King settle for an earthly kingdom and lesser king.

Does anyone know what Donald Trump's position is on anything? Do they care? Apparently not from the sycophants who cheer his every insult at packed rallies around the country. He belittles, he whines and he complains that some in the media don't treat him "fairly" when he has been on TV more than all of the other candidates combined. The reason for all the coverage he receives? He gets big ratings and the networks live for ratings.

One of the few evangelical leaders to take Trump on is San Antonio pastor and best-selling author, Max Lucado. In a recent blog post, Lucado says Trump's "antics" "wouldn't even be acceptable ... for a middle-school student body election."

In an interview with Christianity Today, Lucado was asked why he published his post, which he titled "Decency for President." While saying he doesn't bring politics into his church, he said he felt the need to speak out because of Trump's "derision of people," adding, "It would be none of my business, I would have absolutely no right to speak up except that he repeatedly brandishes the Bible and calls himself a Christian."

"If he's going to call himself a Christian one day and call someone a bimbo the next or make fun of somebody's menstrual cycle, it's just beyond reason to me."

Beyond reason best describes the Trump campaign. It also explains the fealty so many have for a man with whom one hopes they have nothing in common -- from his lifestyle, to his indecipherable politics, to his fact-challenged pronouncements.