The Sum of All Fears 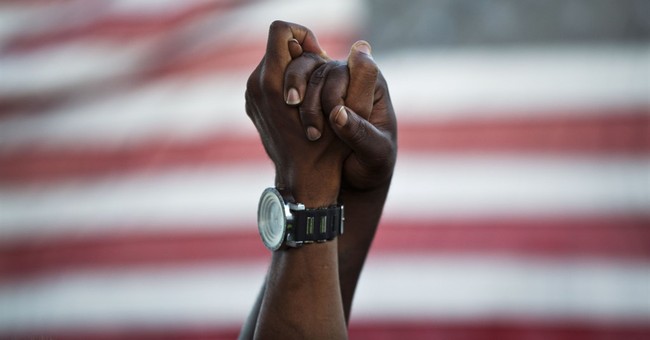 President Obama and members of his administration assure us we have nothing to fear when it comes to terrorism. Whether you accept this, or not -- and opinion polls show a majority do not -- there is another fear that in large part is behind the phenomenon known as Donald Trump. It is the fear we are in danger of losing America.

Speaking as a member of a group that will in this century become a minority in America -- that would be white people -- I don't fear minority status. I fear that those who will soon make up the majority will not embrace the values and traditions that have built and sustained America through wars, economic downturns and other challenges to our way of life.

Yes, yes, I know about slavery and discrimination, but the principles laid down by the Founders, which allowed America's flaws to be addressed and corrected by their posterity, seem to be disappearing.

Many Americans are angry that politicians of both parties seem to have placed their careers ahead of their responsibility to take care of the nation. As Ronald Reagan said, we are just one generation away from losing it all. That's because democracy and equal rights are not the norm in the world. They must be fought for and maintained if we wish to pass them on to our descendants.

Yes, we want immigrants to come to America, but we want them to come respecting our laws (otherwise what are laws for?), to learn English, our history and values and to become -- as earlier immigrants did -- fully American without hyphens.

Many who are native-born want today's immigrants to leave behind ideologies and agendas that do not promote the general welfare. Earlier immigrants and the native-born have invested in America through taxes, blood and sacrificed lives. New immigrants will benefit from those investments and sacrifices and should respect them enough to make investments of their own to preserve what they admire and what has drawn them here.

Two forces are at work, undermining our foundations. One is apathy and the other is a determined assault on the beliefs, traditions, practices and faith that once characterized America. Either one causes harm enough, but when both are in play, we become like a boxer who is pummeled unconscious by a relentless opponent.

Fear can be a factor that motivates to action, or it can cause one to retreat. It seems the people who embrace and practice our historic beliefs and traditions are in retreat, fearful of being called names by the forces of political correctness. "Racist," "bigot" and "intolerant" are three words that cause many to cower, in part because of their inability to disprove a negative.

The most effective response to people operating this cultural and political wrecking ball is to turn the tables. Whose values and beliefs have worked in the past to improve the lot of the people, and whose have failed? Traditionalists don't have to play defense. They have only to remind Americans of the mess the secular progressives have made. Having been handed by the "greatest generation" a nation with numerous opportunities and a bright future, the baby boomers and their progeny set about destroying it on the altar of self-indulgence.

There is barely enough time to begin repairing the damage. The 2016 election is only part of the process. "We the people" remains the most powerful force among us. If our citizens don't pay attention to what is happening, future generations will rightly condemn us.

Fear of losing what we have should motivate traditionalists to begin fighting back against an anti-American tide that is undermining truths once considered self-evident. But they must first win the argument before winning the next election.