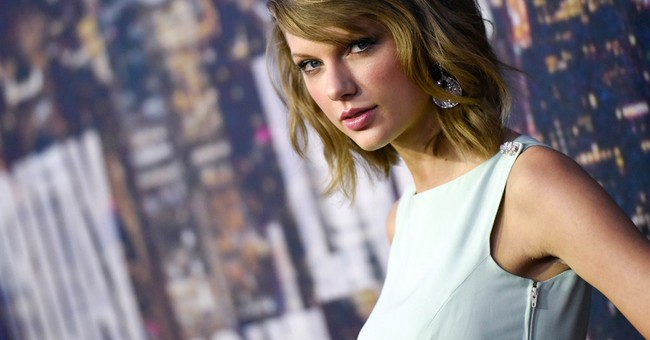 Pop star Taylor Swift has donated $50,000 to the New York City public school system. Swift, who was named the world's sixth most powerful celebrity by Forbes magazine, has commendably performed numerous acts of charity since moving into her $20 million Tribeca residence last year, including visits with sick children at Sloan Kettering Cancer Center.

The age and cultural divide notwithstanding (she's 25, I'm not, and Elvis was my adolescent icon), I like Taylor Swift, but her money would have been better invested with much higher returns somewhere other than the dreadful New York City public schools, whose problems are not the result of insufficient funding.

According to the Huffington Post, citing U.S. Census Bureau data, "New York spent $19,076 per student in the 2011 fiscal year, as compared to the national average of $10,560." In 90 of the city’s public schools, Families for Excellent Schools found that not a single African-American or Hispanic student received a passing grade on state tests.

If there were a correlation between spending and achievement, it ought to show in grade and graduation performance and state test scores, but it doesn't. A Heritage Foundation study concludes: "Continued spending increases (on public education) have not corresponded with equal improvement in American educational performance. Long-term National Assessment of Education Progress reading scale scores and high school graduation rates show that the performance of American students has not improved dramatically in recent decades even though education spending has soared."

If Taylor Swift is looking for a return on her investment in the currency of better student achievement, she might consider donating to the Children’s Scholarship Fund (CSF). It takes students out of failing and underperforming New York schools and places them in private schools where, in addition to academics, they learn virtues that teach them not only how to make a living, but how to live a productive life.

CSF President Darla Romfo tells me 92 percent of CSF students graduated on time last year, compared to a graduation rate of 64.2 percent for all New York City public schools. Of those CSF students who graduated, Romfo says, "89 percent are enrolled in college, including Columbia, Cornell, Fordham and NYU." Most students are African-American or Hispanic and would not have had much of a chance at life had they stayed in their public school. Most liberal politicians, often beholden to powerful teachers' unions that gather votes for them, work in opposition to school choice initiatives, ultimately condemning poor and minority children to substandard, underperforming public schools. Better to retain the votes than reform the system.

To his credit, New York Democratic Governor Andrew Cuomo has included an education tax credit in the state's current budget. The State Senate has passed the bill. It awaits action by the House. Predictably, the teachers unions oppose it, calling the measure "a back door voucher program."

CSF chairman Mike McCurry, a former press secretary to President Bill Clinton and the late Sen. Daniel Patrick Moynihan (D-NY), says if the measure becomes law, it will "generate millions of dollars in new charitable donations to help school children and teachers, including nonprofit entities that provide educational programming and organizations that provide scholarships to children from low-income and working families."

CSF New York is currently managing and partially paying for scholarships for more than 8,300 children. Their students (they call them "scholars" because words have power and contribute to self-esteem) live at or below the poverty line (average family income is $31,432). Yet families contribute at least 25 percent of their child's tuition each year.

In one of her hit songs, Taylor Swift sings: "Oh, I'm just a girl, trying to find a place in this world." So are thousands of New York City poor and minority girls and boys whose lives would be greatly improved if Swift's next donation goes to the Children's Scholarship Fund.