Is Cruz out of Control? 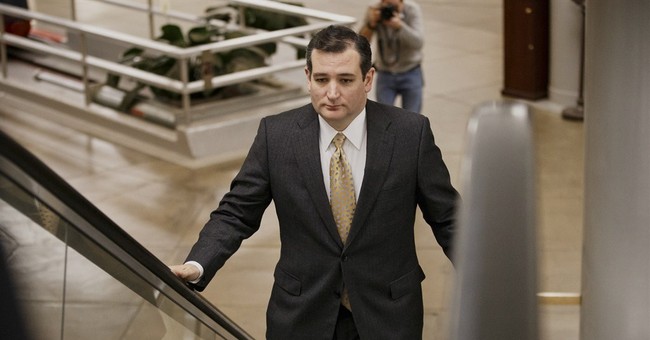 What you think of Sen. Ted Cruz (R-Texas) depends on who you believe.

Is the freshman senator on an "ego trip," putting himself before country (Dana Milbank, The Washington Post), or is he standing on his principles (Cruz's conservative supporters)?

In a telephone interview with me, Cruz acknowledges he would not win a "Mr. Congeniality" contest if it were up to the Republican leadership in the Senate, but contends that they and some of his colleagues are out of touch with the will of the people: "The reaction in Washington is the polar opposite of the reaction outside Washington," he says. "People across the country are frustrated that so many elected officials in Washington are not listening and ignoring the concerns of the people."

I ask him about his controversial move last week to change Senate rules by requiring 60 votes to pass the debt ceiling increase, instead of a 51-vote majority. Cruz responded, "...there is no universe in which I would be willing to consent to allow (majority leader) Harry Reid to raise the debt ceiling with no spending reforms on only 51 votes. The reaction from a significant number of my colleagues was considerable anger and dismay."

Cruz rejects the notion that a vote against raising the debt ceiling would have produced another government shutdown, favoring Democrats. He points to history: "The last 55 times the debt ceiling has been raised, Congress attached significant conditions to it 28 times. Virtually every major spending restraint Congress has passed has come through the debt ceiling." As two examples, he cites the Gramm-Rudman-Hollings Balanced Budget Act, which, according to its co-author Sen. Phil Gramm, was "the first binding constraint imposed on federal spending" and last year's Budget Control Act, nicknamed "sequestration."

How does Cruz expect to get the reforms he wants without a Republican Senate majority, not to mention a Republican president?

"We have the same number of votes we had when we got the Budget Control Act," he maintains. "If we had stood together and voted no, we could have blocked this from happening. ... We would (then have sat) down and negotiated a resolution, a compromise, with some meaningful spending restraints."

What about the Republican and larger Washington establishment and the Tea Party? The prevailing wisdom is that the Tea Party harms incumbents, replacing them with conservative purists, who then lose the general election.

Not true, says Cruz. While acknowledging that Tea Party candidates Christine O'Donnell (Delaware) and Sharon Engle (Nevada) lost to Democrats in 2010 races that stronger candidates might have won, Cruz says the overall record of Tea Party candidates is far better than the establishment's record. He cites Florida, where Marco Rubio beat Charlie Crist in a primary despite Crist's support from the GOP establishment. Cruz says Rubio was the right candidate given Crist's post-election switch to the Democrats. Crist is now running for governor as a Democrat.

Cruz offers other examples in which Tea Party candidates won over hand-picked establishment candidates: Pat Toomey over Arlen Specter in Pennsylvania; Mike Lee over Robert Bennett in Utah; Rand Paul over Senate Minority Leader Mitch McConnell's candidate, Trey Grayson, in Kentucky. He might add himself to that list. "Every one of these," he says, "was elected by the Tea Party against huge opposition from the establishment and all of their money."

Can promoting such candidates win back the Senate for Republicans in November? Cruz says, "Many of the critics are saying the path to victory in November is for Republicans to put their heads down, don't rock the boat, don't take any stands. ... I think history has proven that that is a consistent path to failure. The way to win in November is for Republicans to take principled stands. ... That doesn't mean we need to fight on everything. You pick your battles. ... When Washington politicians retreat on every issue, it demoralizes grassroots conservative activists who are the key to winning in November."

Given the results of the last two presidential elections and their own poor record, the GOP establishment may want to put themselves on "Cruz control."