Jonathan Pollard -- The 'Spy' Still Out in the Cold 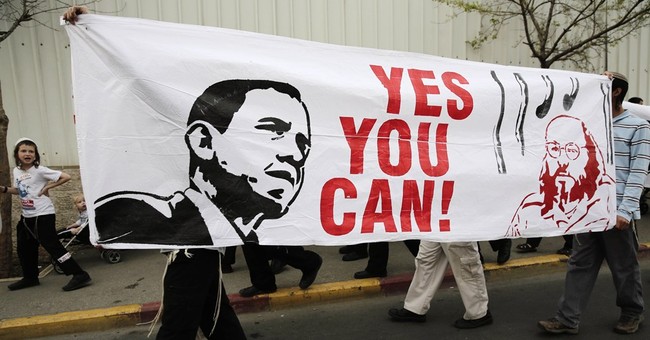 With all the spying the United States has been doing on foreign leaders, possibly including the pope, why is Jonathan Pollard, a former American civilian intelligence analyst, still in prison nearly three decades after being sentenced to life in prison for taking classified documents he believed contained information important to Israel's self-defense?

Former Deputy Secretary of Defense Lawrence J. Korb notes that Pollard has been in prison "three times longer than anybody who's ever provided classified information to a friendly country or a neutral country."

In a letter to President Obama, Wexler says Pollard is "the only American citizen convicted of such a crime to be sentenced to more than 14 years in prison. Currently, the punishment for such a crime is set at a maximum of 10 years."

Pollard supporters are circulating a classified memo written by then-Secretary of State Condoleezza Rice, which they say instructs the U.S. Embassy in Tel Aviv to "spy" on Israel. The document was released by WikiLeaks and published in the Guardian in 2010 and is included in the book, "The Life of Secret Agent Turned Hollywood Tycoon Arnon Milchan," by Meir Doron and Joseph Gelman. If the same standard were applied to Rice as has been applied to Pollard, Rice might be in an Israeli prison.

In the June 1997 issue of Middle East Quarterly, David Zwiebel, general counsel of Agudath Israel of America, a national Orthodox Jewish organization, got to the heart of the issue: "First, Pollard did not stand trial for his crime. Rather, he received his life sentence after entering into a plea-bargain agreement in which the government promised not to seek a life sentence. Entering into that agreement, Pollard relinquished his right to a trial, cooperated with government investigators, pleaded guilty -- all, presumably, with the expectation that some leniency would be shown in his sentence. The expectation was reasonable, but it proved illusory.

The gist of the material Pollard gave to Israel was related to intelligence the United States possessed about Israel's numerous enemies and their intentions. The government's rationale for going after Pollard in such a heavy-handed way appears to have been its desire not to "upset" America's Arab allies. There seems to have been less concern about "upsetting" Israel, which is under constant threat of annihilation.

Numerous leaks about the U.S. government's spying, not only on foreign leaders, but on its own citizens, along with promises made to Pollard his supporters say were broken, should raise serious questions about the legitimacy of Pollard's life sentence and the motivation behind it. Several administrations have declined requests for clemency, even in light of Pollard's failing health and desire to live in Israel.

Israel has released murderers from its prisons after U.S. pressure in pursuit of an unobtainable peace with Palestinians, whose antipathy toward Israel never changes. The U.S. government appears to be covering something up beyond secrets that are unlikely to have much value today. President Obama should consider commuting Pollard's sentence, not necessarily as a favor to Israel, but to make good on a promise. It also would seem the right thing to do.