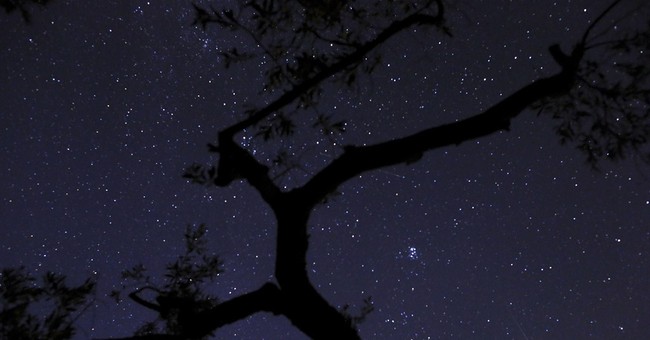 The evidence is piling up that "climate change," formerly known as "global warming," is losing evidentiary support, despite recent "preliminary findings" by a group of "experts" from the National Oceanic and Atmospheric Administration (NOAA) that a Washington Post editorial suggests may prove, "warming has boosted the chances, in some cases significantly, that certain unwelcome weather or weather-related disasters will occur." The Post and other "true believers" ignore or ridicule a growing body of evidence rebutting their beliefs.

Most bad weather -- from hurricanes, which have been few this season, to tornadoes -- are unwelcome by those in their paths, but these weather phenomena have existed for centuries. Both sides seem to agree that CO2 levels are elevated, but they don't agree on whether that will cause dangerous climate change, including rising temperatures and turbulent weather. The Nongovernmental International Panel on Climate Change (NIPCC) argues, "The human effect is likely to be small relative to natural variability, and whatever small warming is likely to occur will produce benefits as well as costs."

Yet the climate change cultists continue to focus on melting polar ice caps and "displaced" polar bears as part of their emotional appeal for government to "fix" the problem. Now comes a report in the UK Daily Mail that "eminent scientists" have observed a record return of the Arctic ice cap as it grows by 60 percent in a year, covering with ice almost 1 million more square miles of ocean than in 2012.

Just how silly this is getting is an assertion by some activists that the current tensions in Syria might be linked to climate change. That's not as harebrained as a newspaper report in January 1933, which said, "Yo-Yo Banned in Syria, Blamed for Drought by Moslems." The Syrians of 1933 actually believed the up and down of a toy yo-yo affected the weather. If it went down and sprang right back up, rain. If it went down and didn't spring up, drought. Police reportedly patrolled the streets, confiscating the toy. Ridiculous? Not as ridiculous as some of the junk science coming out of climate research circles today.

Last March, the Daily Mail reported that global temperatures are about to drop "below the level that the (computer) models forecast with '90 percent certainty.'"

Marc Morano, a former staff member of the U.S. Senate Environment and Public Works Committee (whose web page climatedepot.com offers numerous scientific articles debunking climate change), emails me: "As a long observer of the global weather movement, I can say that the events of 2013 (have) been one of the most devastating to the movement. Both poles have record expanding ice. Global temperatures have failed to rise for 15 plus years, sea level rise is failing to accelerate, tornadoes are at record lows, hurricanes are near record low activity ... 2013 may be the year in which man-made global warming fears enter the dustbin of history."

I doubt it. Too many people have too much invested in perpetuating this fiction. Billions of dollars and other currencies have been diverted into "green" projects in a Chicken Little attempt to stop the sky from falling. The BBC reports it as fact in virtually every story it does on the environment. Ditto the American media. Most media ignore evidence that counters climate change proponents.

Former Vice President Al Gore has made a personal fortune promoting the cult of global warming, a cult being partially defined as a belief system that ignores proof contrary to its beliefs.

Perhaps the climate change counter-revolutionaries should adopt the yo-yo as their symbol and send Gore and his apostles a box of them.