When Government Can't Be Trusted 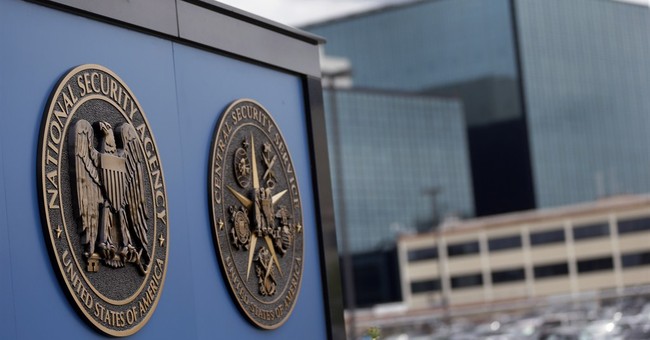 Without the slightest hint of irony, President Obama said last week, "If people can't trust not only the executive branch but also don't trust Congress, and don't trust federal judges, to make sure that we're abiding by the Constitution with due process and rule of law, then we're going to have some problems here."

What has led to this distrust? The Benghazi cover-up, the IRS fiasco, the Justice Dept.'s monitoring of reporters, the commandeering of phone records of private citizens in the name of national security, "data mining," the so-called "kill list," drones with the power to spy and kill, the proliferation of surveillance cameras, DNA swabs after arrests, Obamacare, unrestrained spending and unending debt. This is the federal government encroaching on our civil liberties.

The federal government long ago exceeded its constitutional boundaries. It has reached into our public schools, our colleges and universities, our wombs, our wallets; Congress banned incandescent light bulbs, Bloomberg tried to ban Big Gulps, and now government wants to insert itself into our health care. Government does few things well, but it does them at great expense.

A loss of some privacy was supposed to be the price we had to pay for security following 9-11. President Obama declared the war against terrorism over, but the surveillance expanded. Now, it seems there are more cameras out there then there are cicadas.

The president claims, "Nobody is listening to your telephone calls." But the government has the ability to listen. Michael Isikoff of NBC News, citing two former U.S. intelligence officials, reports, "The National Security Agency has at times mistakenly intercepted the private email messages and phone calls of Americans who had no link to terrorism, requiring Justice Department officials to report the errors to a secret national security court and destroy the data." Oops.

When I was a kid, some of my relatives had party line telephones. People shared the same phone line, but were assigned different numbers of rings so you'd know which call was yours. My cousins and I eavesdropped on other people's conversations. Will the federal government now take listening in to a new level?

We have an "on the one hand, but on the other hand" attitude about security. On the one hand we want to be safe; on the other hand we don't like government intruding on our rights because once we've lost them, they will be difficult to regain. The notion that we should trust government is foolish and dangerous. Government officials, like all human beings, have the capacity to do wrong, as well as right. That's why the Founders gave us a Constitution, to control government that "the blessings of liberty" might be secured.

Here's some history for those who missed it in history class: "The powers delegated by the proposed Constitution ... are few and defined. Those which are to remain in the State governments are numerous and indefinite." -- James Madison

"Freedom is lost gradually from an uninterested, uninformed, and uninvolved people." -- Thomas Jefferson

On this 64th anniversary of the publication of George Orwell's novel 1984, uninterested, uninformed and uninvolved Americans should consider his concocted language called "Newspeak," which includes: "War is peace; freedom is slavery, ignorance is strength."