Can the Tenth Amendment Save Us? 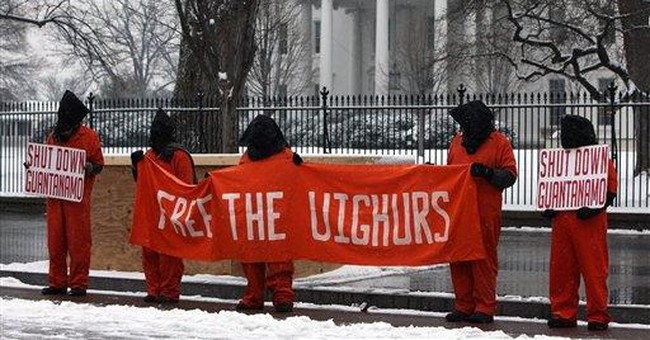 Does the U.S. Constitution stand for anything in an era of government excess? Can that founding document, which is supposed to restrain the power and reach of a centralized federal government, slow down the juggernaut of czars, health insurance overhaul and anything else this administration and Congress wish to do that is not in the Constitution?

The Framers created a limited government, thus ensuring individuals would have the opportunity to become all that their talents and persistence would allow. The Left has put aside the original Constitution in favor of a "living document" that they believe allows them to do whatever they want and demand more tax dollars with which to do it.

In 1939, the Supreme Court began to dilute constitutional language so that it became open to broader interpretation. Rob Natelson, professor of Constitutional Law and Legal History at the University of Montana, has written that even before Franklin Roosevelt's court-packing scheme, it was changing the way the Constitution was interpreted, especially, "how the commerce and taxing powers were turned upside-down, the necessary and proper clauses and incidental powers, the false claim that the Supreme Court is conservative, how bad precedent leads to more bad court rulings, state elections as critical for constitutional activists, and more."

While during the last seven decades the court has tolerated the federal welfare state, Natelson says it has never, except in wartime, "authorized an expansion of the federal scope quite as large as what is being proposed now. And in recent years, both the Court and individual justices -- even 'liberal' justices -- have said repeatedly that there are boundaries beyond which Congress may not go." ... "Chief Justice John Marshall once wrote that if Congress were to use its legitimate powers as a 'pretext' for assuming an unauthorized power, 'it would become the painful duty' of the Court 'to say that such an act was not the law of the land.'"

It would be nice to know now what those boundaries are and whether Congress is exceeding its powers as it prepares to alter one-sixth of our economy and change how we access health insurance and health care.

Natelson makes a fascinating argument in his essay, "Is ObamaCare Constitutional?" (www.tenthamendmentcenter.com/2009/08/18/is-obamacare-constitutional), using the Court's Roe v. Wade ruling in 1973. In Roe, he writes, the court struck down state abortion laws that "intruded into the doctor-patient relationship. But the intrusion invalidated in Roe was insignificant compared to the massive intervention contemplated by schemes such as HB3200. 'Global budgeting' and 'single-payer' plans go even further, and seem clearly to violate the Supreme Court's Substantive Due Process rules."

Constitutional Attorney John Whitehead, president of The Rutherford Institute, tells me, "Although the states surrendered many of their powers to the new federal government, they retained a residuary and inviolable sovereignty that is reflected throughout the Constitution's text. The Framers rejected the concept of a central government that would act upon and through the States, and instead designed a system in which the State and federal governments would exercise concurrent authority over the people. The Court's jurisprudence makes clear that the federal government may not compel the states to enact or administer a federal regulatory program."

Lawyers are busy writing language only they can understand which seeks to circumvent the intentions of the Founders. But it will be difficult to circumvent the last four words of the Tenth Amendment, which state unambiguously where ultimate power lies: "...or to the people."

Americans who believe their government should not be a giant ATM, dispensing money and benefits to people who have not earned them, and who want their country returned to its founding principles, must now exercise that power before it is taken from them. The Tenth Amendment is one place to begin. The streets are another. It worked for the Left.