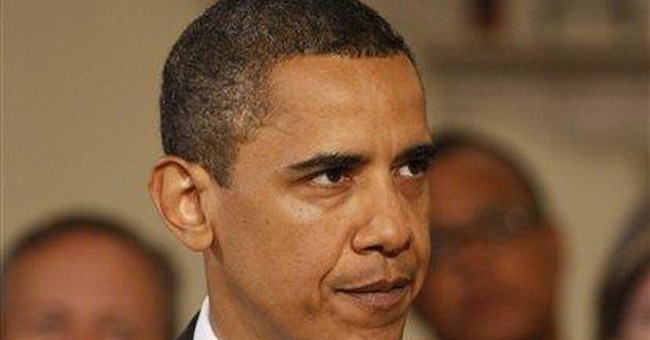 President Obama faces numerous challenges as he heads to Cairo this week for a much-anticipated speech to the Muslim world.

At best there are mixed feelings in the region. Mohammed Habib, deputy leader of the radical Muslim Brotherhood, said the president's trip "will be useless unless it is preceded by real change in the policies of the U.S. administration toward the Arab and Islamic world," while Egypt's opposition party, Al-Wafd, says the visit constitutes reconciliation with Cairo.

While the president will arrive in Egypt with the usual trappings of American power -- big jet, motorcade, entourage and security -- it is possible he could emerge looking weak to those he most wants to impress. European leaders, especially French President Nicolas Sarkozy, have tried winning Muslim friends and their efforts have gotten them nowhere. When the French government put its foot down over head scarves in public schools, many Muslims withdrew, placing their children in Islamic schools. Muslims remain mostly segregated -- physically and culturally -- from French society despite government efforts to integrate them.

For insights on President Obama's journey and Muslim thinking, I turned to Dr. Ergun Caner, president of Liberty Baptist Theological Seminary in Lynchburg, Va. Dr. Caner, the son of a Turkish Muslim leader, became a Christian shortly before entering college, an experience that has produced numerous death threats.

What advice would he give Obama? He replies, "When you're trying to address the Muslim world, they want you to acquiesce to them. They don't want to make any kind of overtures to our culture because that would be a sign of weakness on their part."

What can the president say that would produce a response in the best interests of the United States? "He should call on Muslim nations to recognize Israel," he says.

They'll find oil in Israel first. The secretary-general of the Arab League, Amr Moussa, said last week that full diplomatic recognition of Israel "is not on the table" and talk about it (presumably including talk by Jordan's King Abdullah who recently mentioned a "57-state solution" to the Israeli-Palestinian conflict) is "inaccurate."

There is an uneven approach to Middle East politics. Arab states think the United States tilts unfairly toward Israel, but it is Israel that is on the receiving end of pressure to do more and relinquish more land, though it gets nothing in return each time it has done so. President Obama recently called on Israel to stop building new "settlements." In Cairo, what will he ask radical Muslims to stop doing? How about ending suicide bombings and other violent acts against civilians? Would he ask groups like Hezbollah and Hamas to revoke charters calling for Israel's destruction as the will of God?

"There have only been three times in history when Muslims have been united," says Dr. Caner. "One was 100 years after the death of Mohammed; the second was during the Crusades and they're united now. It's the reason Iran has become more dangerous..."

The president has said he can identify with Muslims because he grew up in Indonesia, the world's largest Muslim nation. Does that cut him any slack with Muslims? Dr. Caner says it depends. "The question is: was he raised a Christian in the Muslim world, or was he a Muslim? In Islam, if your father is a Muslim, you are, too. If Muslims see him as a convert, that hurts him. I think he should not mention being raised as a Muslim. From the U.S. perspective, it doesn't help us at all. The ultimate question is: do Muslims recognize him as having been raised Muslim and, if so, that could actually work in his favor. But if he is seen as a professing Christian, it doesn't help us."

The president is entitled to make the case he promoted during the campaign that talking is better than isolation and fighting and if talking can prevent fighting, it is worth trying. But, as Dr. Caner told me, the president will have to demand concessions from Muslim nations, or the trip is unlikely to bear any fruit.

The real question is: will President Obama be viewed as an innocent abroad, or as an infidel? For some groups within Islam, leaving the faith is considered a capital crime punishable by death. The president will have a Herculean task to overcome a perception many Muslims will hold no matter how smoothly he talks and no matter what he says.