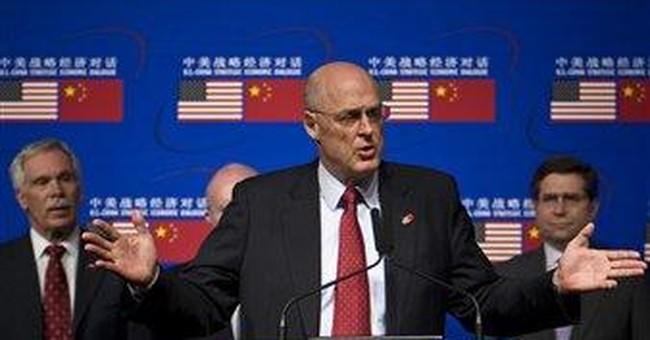 Most children have probably finished their Christmas lists to Santa Claus. Some elected officials, however, are still compiling theirs.

Close behind Detroit's wish list comes a long one from America's mayors.

Last Monday, the U.S. Conference of Mayors sent its list of wishes to the political equivalent of Santa Claus: Congress. The mayors apparently figure with all the talk from President-elect Obama about infrastructure repair and job creation, they might as well try to pile onto Santa's lap, too.

The mayors claim the economy will be stimulated if their wishes are granted. What do they want? The National Taxpayers Union (NTU) has analyzed the 72-page list. Here are some of the lowlights.

-- $1 million for annual sewer rehabilitation in Casper, Wyo. (emphasis mine);

-- $6.1 million for corporate hangars, parking lots, and a business apron at the Fayetteville, Ark., airport.

-- 15 projects with the term "stadium" in them, including a $150 million Metromover extension to the Florida Marlins' baseball stadium; and

No, it is not a great deal in that sense, but it is a great deal ... of money, not that this matters these days with hundreds of billions being tossed around as if it were confetti. But who's counting? Certainly not Congress; Congress has opened the purse strings faster than a bank teller faced with Willie Sutton's stick-up gun.

Here's one proposal I especially like: $1,500,000 for an initiative in Dayton, Ohio for the "Reduce Prostitution-Off the Streets Program." The proposed spending would "connect individuals involved in prostitution with resources to leave a life of prostitution." I guess Ronald Reagan was right when he observed, "It has been said that politics is the second-oldest profession. I have learned that it bears a striking resemblance to the first."

The Beach Boys might like this one: "$6,000,000: Ventura, Calif., Water Surfers Point Improvements." "This project is to protect the beach with natural buried cobble stone, create sand dunes over the buried cobble, relocate, and rebuild the State Owned Omer Rains beach front bike path, and construct parking lot and drainage."

Where in the Constitution is there authorization for such spending?

Democrats, especially, used to talk about "mortgaging our future" by irresponsible spending. Now the Congress is behaving like a bank gone wild, handing out money to almost anyone that asks for it with few strings and no sense attached.

The so-called "jobs" the mayors claim will be created will only last for a brief time. Then what? Those who take them are likely to be back where they were when the projects are finished: out of work and waiting for the next government rescue.

Congress should say "no" to the mayors. Given the attitude in Washington these days -- and a Democratic president about to take office with a bigger Democratic congressional majority -- that is unlikely to happen.

The question ought not to be how we get prostitutes off the streets in Dayton, but how we retire them in Congress.