The Price is (Not) Right 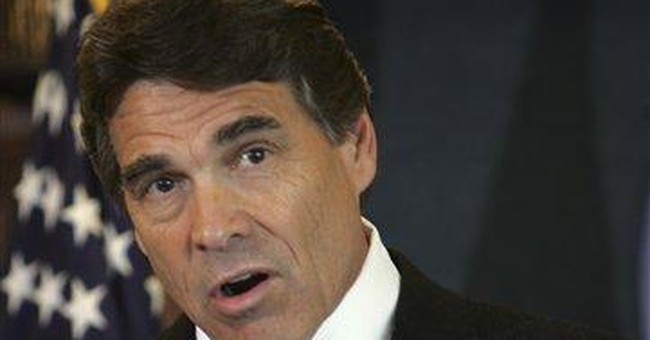 Most inhumanities start small, like the beginning of a tsunami, but then build, as they head toward inevitable and unstoppable destruction.

It is difficult to pinpoint the precise beginning of the cultural tsunami that has devalued human life. Did it begin with the subjugation of women? Did it begin with slavery? The Nazis made their contribution with the Holocaust and Josef Mengele's hideous human experiments. Surely unrestricted abortion added to the growing list of inhumanities.

Now we have the next wave. Randy Stroup is a 53-year-old Oregon man who has prostate cancer, but no insurance to cover his medical treatment. The state pays for treatment in some cases, but it has denied help to Stroup. State officials have determined that chemotherapy would be too expensive and so they have offered him an alternative: death.

Oregon's physician-assisted suicide law allows taxpayers to pay for someone to kill Stroup, because it's cheaper than trying to heal him. How twisted is this? Some have called this a "chilling" corruption of medical ethics, but medical ethics have been in the deep freeze for some time. The American Medical Association, which once strongly opposed abortion, now buys into the "choice" argument despite Hippocrates' admonition that physicians make a habit of two things - "to help, or at least to do no harm."

How much is a human life worth? Body parts and bone marrow can fetch some pretty high prices, but a human life is more than the sum of its body parts. The reason this is important is that the federal government is now placing a price tag on individual lives and if government ever gets to run health care from Washington, bureaucrats will start making decisions similar to the one made for Randy Stroup.

Various government agencies contribute estimates for a concept known as the "Value of Statistical Life." Like housing prices, the value of life has gone down in the eyes of the Environmental Protection Agency (EPA). The EPA says human life this year is worth $7.22 million. That's a drop from its previous estimate of $8.04 million. The Department of Transportation calculates the value of human life at $5.8 million, an increase from $3 million. At the Consumer Product Safety Commission, human life is unchanged from the last estimate of $5 million.

According to The Washington Post, several federal agencies have come up with figures for the dollar value of a human life to analyze the costs and benefits of new programs they believe will save lives.

Saving lives is the announced intention, but if government gains the power to determine when a life is no longer "worth" saving and orders the plug to be pulled or the death pill to be administered, then what? This is the future of the socialized medicine that Hillary Clinton, Barack Obama and the Democratic Party wish to impose on us.

In a culture that values all life, difficult decisions can be made about a life that is at an end and should be allowed to "go." That is a far cry from having a government bureaucrat or panel of "experts" play God and decide, based on cost alone, when your or my life no longer has value in the eyes of the state.

How we view and value ourselves affects how we view and value others. If we are mere evolutionary accidents with no moral value greater than cole slaw, then we quickly begin viewing others as part of the vegetable family. But if we are something far more special, even to the point of having a Creator who has "endowed" us with value beyond that of gold, silver and paper money, then should we not be treated as such, even by the state?

The Randy Stroup case won't be the last of its kind. Just as Jack Kevorkian's illegal assisted suicide preceded its legalization in Oregon, so, too, will Randy Stroup be the test case in what amounts to mandated medical euthanasia ordered by the state.

When pro-lifers warned about the "slippery slope" more than three decades ago, they were dismissed as alarmists. Not anymore. Their prophecy is now being fulfilled.

Guy Benson
'Unredacted with Kurt Schlichter': The Woke Are Playing at Army