Caleb Parke
|
Posted: Dec 30, 2016 12:01 AM
Share   Tweet
The opinions expressed by columnists are their own and do not necessarily represent the views of Townhall.com. 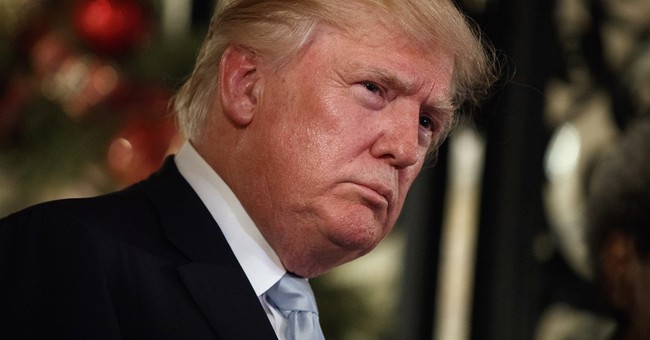 Hillary Clinton’s post-election autopsy was ugly. The mainstream media tried to blame her loss on any number of things – but her campaign decided the No. 1 reason she lost was because of “fake news.” (Read to the end to see which one HRC was part of.)

In the quest to paint Donald Trump and his supporters as the most vile racist bigots God ever created, what Hillary called the “basket of deplorables,” they ran with every “hate crime” story they could get their hands on without actually doing their job and verifying the facts.

Thank God for our police and hospital workers, because without their records, a lot of these hoaxes would not have been debunked.

What about the scores of Hillary supporters rioting in the streets, chanting “not my president” and writing “f**k Trump” on signs, hats, and anywhere humanly possible? Or what about the anti-Trumpers using our tax dollars to turn public universities into massive cry centers for the precious snowflakes?

The media never saw the Trump supporters before the election – shocked that he beat Hillary on Election Night – but the real absence of Trump supporters has been in the large number of hoaxes alleging “hate crimes” from them.

In the race to be the mainstream media’s “hate crime” victim because of the rise of Trump, we’ve got a whole basket of sad and disturbing hoaxes to choose from.

Let’s review. Shall we?

A black man was arrested for arson and vandalizing his own African-American church a week before the election. He spray painted “vote Trump” on the outside and set his church on fire.

Something tells me he wasn’t singing Jesus Culture’s “Set a Fire” worship song, either.

An 18-year-old Muslim woman claimed she was robbed by two white men outside of the University of Louisiana Lafayette campus. She said they took her wallet and hijab in the attack, and identified one of them as having a Trump hat.

Well, she lied and was charged with filing a false report by the police.

A black woman had a viral Facebook post alleging a group of white, male Trump supporters harassed her at a gas station — until the police started investigating. Then she deleted her post and recanted the story.

A gay Canadian filmmaker said he was assaulted by Trump supporters election night at a bar, then beaten in an alleyway. He posted a bloodied picture of himself in an Emergency Room as evidence, saying they smashed a beer bottle on his head along with several gay slurs.

Turns out none of it was true.

An 18-year-old Muslim woman in NYC said she was attacked by three drunk men who screamed “Donald Trump!” and called her an “f**ing terrorist” along with “Get the hell out of the country.” She said they tried to yank her hijab off and no one on the train helped her out.

Not only was this made up, but her excuse was that she lied to avoid the wrath of her parents’ curfew punishment. Could this be classified as a Muslim on Muslim hate crime?

Two Northwestern University freshman spray-painted racist, homophobic graffiti along with Trump’s name inside the university’s chapel, along with a few other derogatory things defacing pictures of Muslim students and the word “God.”

If you’re going to do something like this don’t go for every single immature, racist stereotype — of course they were freshmen.

Anti-Latino graffiti at Elon University that said “Bye Bye Latinos Hasta La Vista” was done by a latino student who later claimed it was a “joke.”

Looks like the joke is on the media for not investigating before reporting.

This one is just bizarre. Police say a man faked a hate crime, set his ex-girlfriend’s car on fire and then staged his own abduction, using his own blood and writing “KKK” and “Trump” in an attempt to throw off detectives.

It turns out, after a thorough investigation by police, she wasn’t even in the location she said she was in, and she only continued to change her story.

Three black students claimed to be attacked by white men on a bus – causing protests and outrage on social media and their campus, even a tweet from HRC – but it turned out they were the “aggressors” on the bus – teaming up on a 19-year-old white woman.

Like me, you probably feel more sorry for them for committing such bizarre crimes — how else can you justify supporting Crooked Hillary? — but media, really? These stories were too good for you to be true. Let’s do better in 2017.