Why Is Mueller Handing Off Key Cases?

Byron York
|
Posted: Jul 25, 2018 12:01 AM
Share   Tweet
The opinions expressed by columnists are their own and do not necessarily represent the views of Townhall.com. 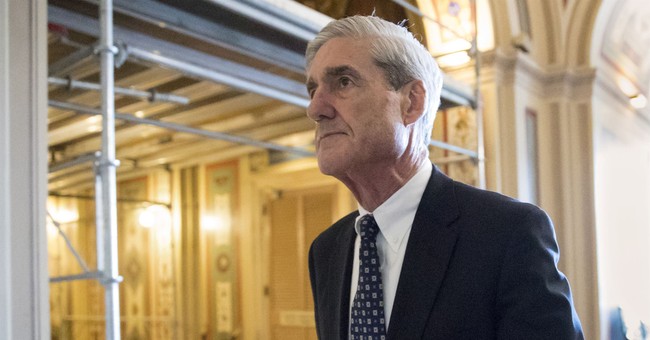 Something has been going on with Robert Mueller's investigation of people thought to have played significant roles in the Trump-Russia affair. The special counsel, assigned to investigate "any links and/or coordination between the Russian government and individuals associated with the campaign of President Donald Trump," has been farming out seemingly important parts of the investigation to offices outside his own.

In April, Mueller referred an investigation of close Trump associate Michael Cohen to federal prosecutors in New York. This month, the U.S. attorney in Washington -- not Mueller -- indicted Maria Butina on charges of being an unregistered Russian agent. And also this month, when Mueller charged 12 Russian intelligence officers with hacking Democratic Party and Hillary Clinton campaign offices, he immediately turned the case over to the Justice Department's National Security Division for prosecution.

Cohen is a key figure in theories of Trump-Russia collusion. In former British spy Christopher Steele's notorious dossier, Cohen was accused of holding secret talks with Russian officials in August 2016 to discuss "how deniable cash payments were to be made to hackers who had worked in Europe under Kremlin direction against the CLINTON campaign and various contingencies for covering up these operations and Moscow's secret liaison with the TRUMP team more generally."

If that's not collusion, nothing is. Such activities, if they occurred, would be at the center of Mueller's jurisdiction. And yet Mueller handed Cohen off to the Southern District of New York.

Butina figures in theories that a wealthy Russian banker "illegally funneled money to the National Rifle Association to help Donald Trump win the presidency," in the words of a McClatchy report from January.

Again, such activities, if they actually took place, would clearly be in Mueller's bailiwick.

Finally, the indictment of the 12 Russian intelligence agents goes to the very heart of Russian attempts to interfere with the U.S. presidential campaign, the investigation of which is Mueller's responsibility. Yet once Mueller indicted them, he handed the case over to the Justice Department.

What is going on? I asked a few former federal prosecutors if they saw any messages in Mueller's moves. The takeaway: These aren't encouraging developments for those longing for a big collusion/conspiracy/coordination indictment from Mueller.

"I think it proves that little, if any, of what Mueller's team has generated so far is linked to the special counsel's mandate," said Former Prosecutor 1. "Everything that is public so far could, should and typically is handled by either United States Attorney offices of jurisdiction, National Security Division attorneys or even Criminal Division attorneys at main Justice."

"I think Mueller doesn't have anything on collusion," said Former Prosecutor 2. "I think we would have seen it. I don't see anything that looks like there's a crime lurking -- maybe he's got eight indictments under seal, but to me, it makes no sense. All of this says to me there is no there there."

Former Prosecutor 3 said the investigations passed off indicate the subject matter is "outside (Mueller's) jurisdiction."

Some former prosecutors drew a distinction between the Cohen and Butina cases, in which Mueller handed off the investigation to others, and the 12 Russians case, in which Mueller made the indictment himself and then handed off the prosecution. That could be because Mueller realized that his team, staffed with investigators, could not manage a complex prosecution in the courtroom.

It has been widely observed that there is no way the 12 Russians -- government intelligence officers located in Russia -- will ever come to the United States for trial. "There is absolutely no chance any of the Russian officials charged will ever see the inside of an American courtroom," Andrew McCarthy, another former federal prosecutor, wrote in National Review. "The indictment is a strictly political document by which the special counsel seeks to justify the existence of his superfluous investigation."

Other legal types, including yet another Justice Department veteran, said moving the 12 Russians' case to a highly secretive part of the department is a good way to make the case disappear. "If Mueller kept it in his office, people would ask what's going on with the case," said the veteran. "But when he gives it to the National Security Division, it falls off the face of the earth. It's a way of burying it."

Taken together, none of that points to the big collusion/conspiracy/coordination indictment of Resistance dreams. Such an indictment might still be on the way, of course -- no one on the outside has a full picture of what is going on inside Mueller's office -- but the signs don't seem to be pointing toward it.

Finally, all the handed-off cases raise questions about whether a special prosecutor was needed at all. Mueller clearly felt there was no need for a special prosecutor to pursue Cohen or Butina -- and one could argue that the Butina case, at least, was closer to Mueller's core mission than the Paul Manafort prosecution. And if the 12 Russians matter, a case that goes to the heart of the Trump-Russia affair, can be fairly tried by DOJ prosecutors, it's reasonable to ask: Why was a special counsel appointed in the first place?